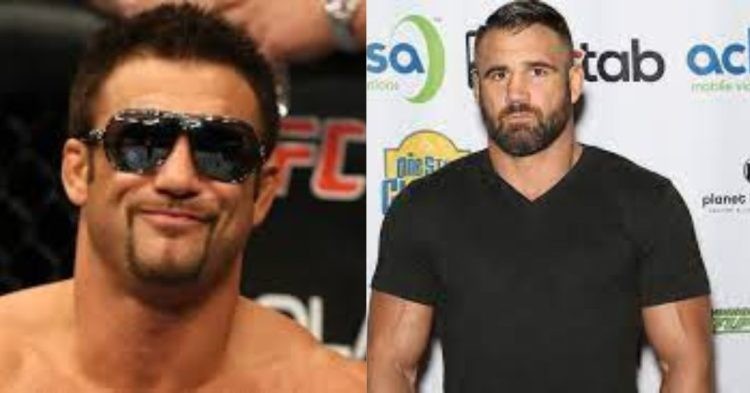 Former UFC fighter and MMA veteran Phil Baroni has been charged with the murder of his girlfriend. The shocking turn of events was reported by The Tribuna De La Bahia, a Mexican publication.

Baroni (46) confessed to throwing the victim into the shower where she hit her head and died minutes later. According to the report, the fighter and his girlfriend got into an argument after the latter admitted to cheating on him. The incident occurred in San Pancho, Nayarit, México and the victim was also a Mexico City native.

Phil Baroni beat his girlfriend, a Mexico City native, to death in San Pancho, Nayarit, México. He alleges he threw her inside the shower with force after she told him she had cheated where she hit her head and passed away minutes later. 1/2 https://t.co/TozdbUrjoq

The report suggests that Baroni allegedly pushed her into the shower, which caused her to fall and hit her head. Baroni claims he helped her back to bed, then left the room to get her cigarettes and beer upon her request. When he came back into the room, the woman had no vitals.

Thereafter, Phil alerted the police, who found his girlfriend on the bed covered in a sheet with no vital signs. As per the police, the victim had bruises on her face and body indicating she was assaulted. Furthermore, an autopsy will be held to figure out the cause of death.

In the meantime, Baroni has been arrested for homicide and a full investigation is now underway. Photos of Baroni being interrogated by the police have also emerged on social media. The former UFC fighter was also said to be under the influence of alcohol and drugs at the time of the incident.

Phil was an early UFC veteran, making his promotional debut at UFC 30 in February 2001. Also known as the “New York Bad Ass,” Baroni became a fan-favorite fighter due to his action-packed, gung-ho fighting style. However, Baroni left the sport with a middling record of 16-19, having gone 3-6 inside the Octagon.

The 46-year-old last fought in mixed martial arts in 2019, followed by a small professional boxing stint in 2021. Additionally, Baroni also had several pro wrestling matches, including a match for Game Changer Wrestling at Josh Barnett’s Bloodsport in 2019.

With Baroni having taken a page out of Dana White’s book, it seems he may have taken things too far. Hence, it remains to be seen what punishment he receives for allegedly murdering his girlfriend. Do you think it to be a fair sentence or should Baroni be given a harsher punishment? Leave your thoughts in the comments below.

Horrific Details Surrounding Ja Morant Attacking a Minor, Did He Get Arrested?