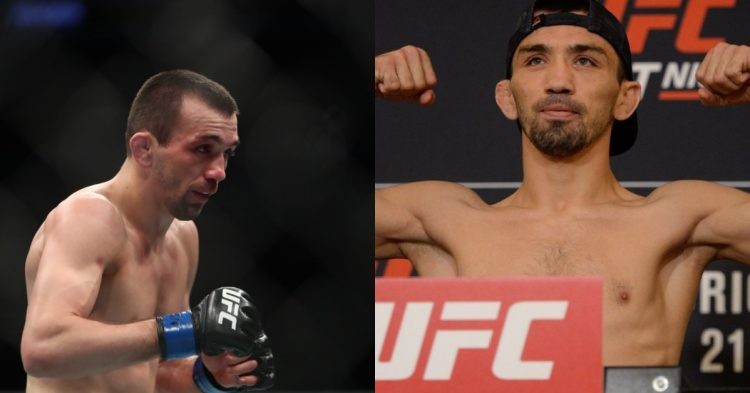 Askar Askarov leaves the UFC after a 3-year run in the promotion. He is going into temporary retirement in light of health issues.

The Bullet joined the UFC in 2019 when he took on Brandon Moreno. The fight was an extremely close one and it ended in a split-decision draw. During his UFC tenure, Askar beat the likes of Tim Elliott, Alexandre Pantoja and Joseph Benavidez. He suffered his first career loss against Kai Kara-France earlier in the year.

However, he has not fought inside the Octagon since his bout in March. Fans now have some clarity on the issue as Askarov posted a message on his Instagram account. He opened up about his health-related struggles and announced his departure from the UFC, with one fight left on his contract.

“Assalamualaikum, due to my return being delayed due to medical reasons and being my last fight under my contract, I asked UFC to release me. To which, I received a positive response. First, let’s put our health in order, and then we will see what and how.”

The Russian fighter was set to fight Brandon Royval at UFC Vegas 62. But he ultimately pulled out of the fight due to weight-cut issues.

Askar Askarov currently has a career record of 14-1-1. In the Octagon, Askar was a menace as he was extremely well-rounded. He averaged 2.60 takedowns per fight and landed 3.05 strikes per minute in his UFC bouts. But he did not register a stoppage win in the company during his time.

What health issues does Askar Askarov have?

Askar Askarov was born on October 9th, 1992. Unfortunately, he does not have full hearing ability and it is an issue that he struggled with since birth. Although he does not have more than 20% hearing capacity in either ear, it never stopped him from his quest to achieve glory in his career. He participated in the 2017 Deaflympics and won the gold medal representing Russia.

In an interview with the UFC in March. Askarov spoke about the issue. But because of his deafness, it is extremely difficult for Askarov to keep up with the advice from his coach and teammates in his corner. However, Askar does not do anything special to counter it. Instead, he just carries on with his preparations like any other fighter in the gym.

“I’m very happy and proud to represent deaf community and I always feel their support… I train same way as all other fighters… I’m not doing anything specific; just hard work and dedication, that what means the most.”

But it is not the only issue that Askar Askarov encountered during his fighting career. He also struggled with multiple injuries. In the same interview, Askarov shared a story about how he went under the knife to fix a wrist injury. According to him, the doctors had to force the 30-year-old to have the operation.

“I injured my wrist — it was an old injury I received way before UFC — and in the last few fights, it really bothered me and pain was getting worse… In the end, when I came to Vegas for a camp, doctors pulled me out from fights and they scheduled surgery right away.”

Askar also had issues with weight cuts. In his fight against Joseph Benavidez, Askarov missed weight by 1lbs as he weighed 127lbs. Then he pulled out of the Brandon Royval fight altogether because of the same issue. He was booked to fight Alex Perez twice and the bout was cancelled both times due to Askar’s injuries.

Many pundits thought Askar was going to be a future title challenger in the UFC flyweight division. Hence, it is unfortunate to see him walk away from the sport prematurely. But he did not rule out a return to the Octagon completely in the future. Fans may see him back after his full fitness.