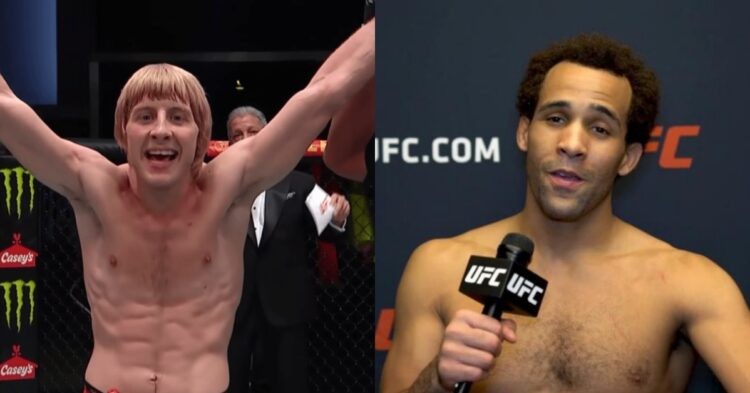 Paddy Pimblett is back! The rising British superstar will fight on his home turf once more as the UFC is set to return to the O2 arena in July. This with be their second event in London this year. On March 19th, the company held the first event in London after an absence of 3 years. It was worth the wait as UFC put up a card filled with UK superstars. It ultimately became the highest-grossing Fight Night event in UFC history with a gate of $4.5 million.

The last card also featured Paddy where he defeated Kazula Vargas via rear-naked choke in round 1. It was very evident that Pimbeltt was the people’s main event as the crowd went nuts for the fight. He also cut a fiery promo afterwards that rocked the sold-out O2 arena. A star was born that day and he will come back to the same arena on July 23rd against Jordan Leavitt.

Just like the last time, this card will also have Tom Aspinall in the main event. He will go up against Curtis Blaydes who is ranked 4th in the heavyweight division. It will also feature two massive returns. Darren Till and Alexander Gustafsson will both come back after their hiatus to take on Jack Hermansson and Nikita Krylov respectively. Fan favourite Molly McCann will also be back for this card as she takes on Hannah Goldy.

Paddy ‘The Baddy‘ Pimblett is only 2 fights in his UFC career. But the hype around is only comparable to that of Khamzat Chimaev’s. Hence, it is very easy to ignore that Pimblett is still a young fighter who has a long way to go before he fights a top-ranked opponent. But he is on the right path as the UFC is taking it slow with Paddy. His opponent Jordan Leavitt is currently unranked in the lightweight division.

However, it will be foolish of Paddy to take Leavitt lightly. Jordan has a very underrated grappling game. So far in his career, he has attainted 6 submission victories among his 10 wins. Jordan also has the only slam KO win in UFC history. But what he is lacking, is a good stand up game. The 26-year-old is more reliant on his grappling rather than striking. Whereas Pimblett’s striking is perhaps the most developed skill in his arsenal.

The 27-year-old Brit is also a very able fighter on the ground as he has 8 submission wins so far. Paddy should beat Jordan Leavitt on paper based on their skillset. However, Paddy will have to be extremely cautious while engaging with Jordan on the ground. Any small mistake may end up being fatal for Paddy. But if he can keep the fight on the feet, Paddy is more than likely to extend his UFC win streak to 3 wins in a row.