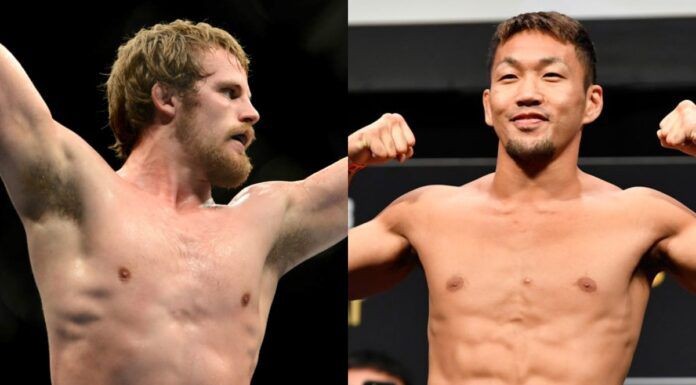 The UFC will be returning to the United Kingdom after a gap of three years. In the main card of the event, the fans will witness the return of Gunnar Nelson who would be taking on Takashi Sato in a Welterweight showdown.

Gunnar Nelson has also spent a considerable amount of time away from MMA competition. He’s slated to make his first walk to the octagon since his loss to former title challenger Gilbert Burns in September 2019. He has lost back to back fights against Burns and Leon Edwards.

Japanese fighter Takashi Sato takes the place of Claudio Silva, who has pulled out with an injury, as Sato accepted the fight on just 11 days notice. Sato has not fought in the octagon since his submission loss to Miguel Baeza in November 2020.

Both Nelson and Sato share the similarity that they fight from a broad karate stance and tend to highlight feet looking to blast. They are both patient and tend to do a lot of damage by preparing their big guns rather than wearing them.

This is a very exciting match-up for fans of martial arts, as the two are both patient but also lethal when the opportunity presents itself. Expect a game of tag on the feet where both look to sharp shoot and land on the other.

Also, expect some scrambles between Nelson and Sato as both men present problems for one another in the clinch. However, the largest hole in Sato’s game is that he is known to give up the back even standing, and that’s exactly where Nelson wants to be.