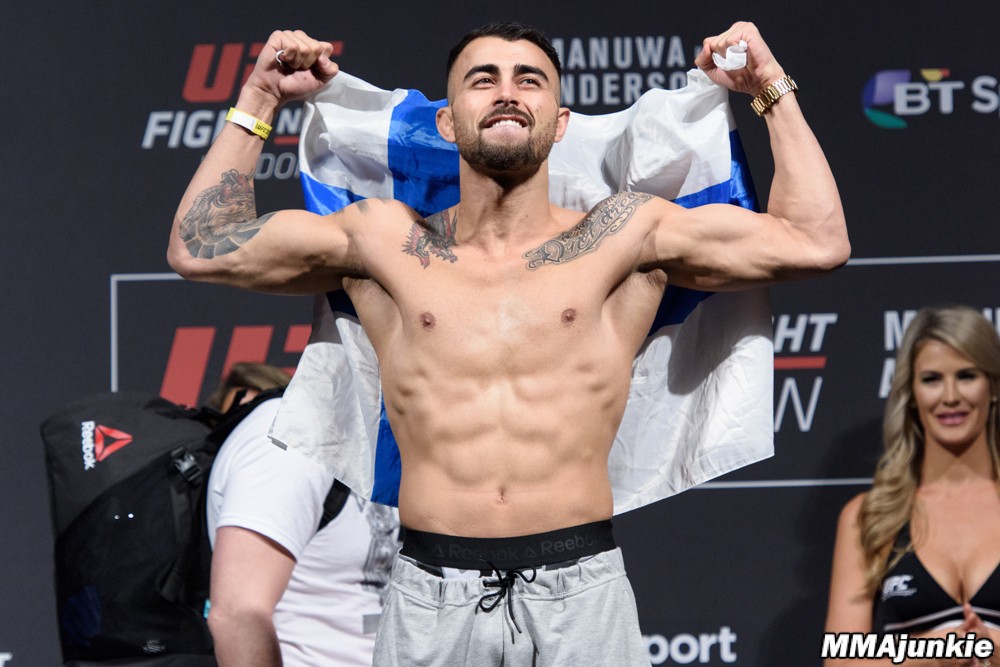 Alexander Volkov and Tom Aspinall will lock heads in the main event of the UFC London which will be taking place at the O2 Arena. In the preliminary card, UFC have placed a massive featherweight fight, where Mike Grundy will be taking on Makwan Amirkhani.

Mike Grundy would be hoping to bounce back after suffering back-to-back losses for the first time in his career. Grundy has now lost two fights in a row in the UFC after a split-decision defeat to Lando Vannata at UFC 262.

Makwan Amirkhani is on a three fight losing skid. He lost unanimous decisions to Edson Barboza and Kamuela Kirk before eating a whopper of a knee from Lerone Murphy at UFC 267. Amirkhani would be looking to get back on the win column with a victory over Grundy.

Grundy will go about business as usual and look to maul Amirkhani with his wrestling. However, Amirkhani is also a good wrestler with exceptional jiu-jitsu. We expect both of them to put their grappling to the test which will create a fascinating battle.

So, the impactful striking will come when Amirkhani looks to land flush as Grundy shoots in. If the Liverpudlian avoids those shots, he will force the pace with while Amirkhani looks for scrambles and submission attempts.

We expect Grundy to dominate the majority of proceedings and Amirkhani will remain in the fight until the second round where he will begin to tire. Grundy will finish stronger to convince the judges and walk away with a decision.