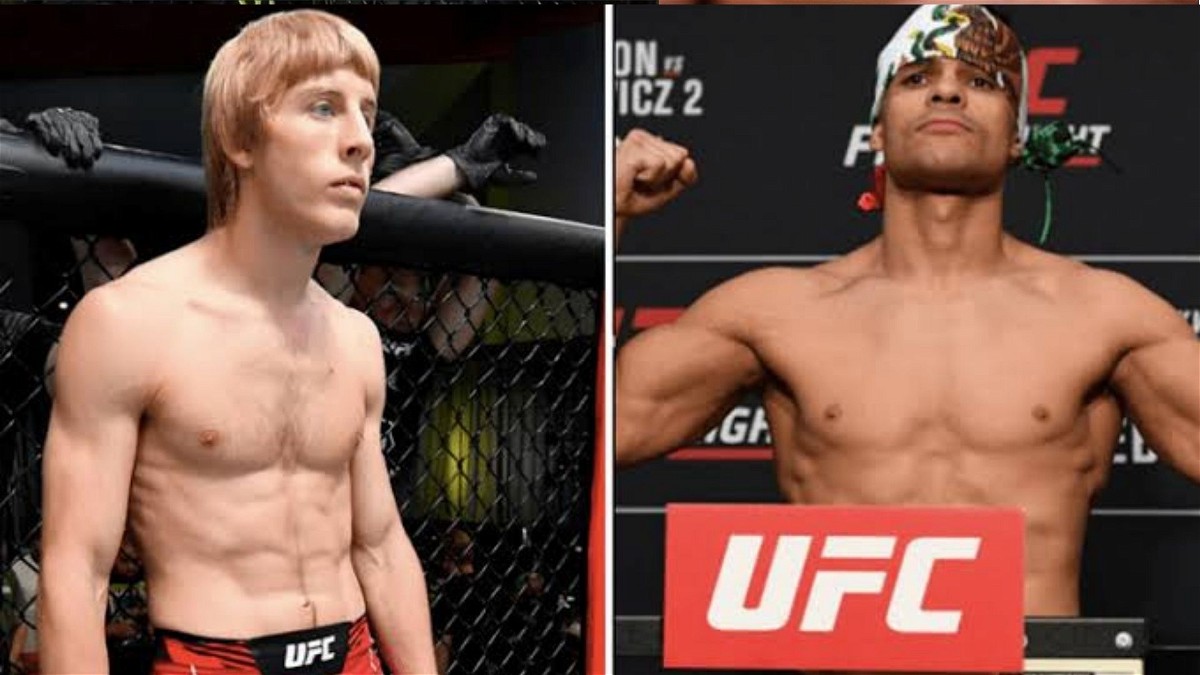 This weekend, UFC returns to the United Kingdom for the first time since 2019 and a number of big names will feature including Liverpool’s Paddy Pimblett. Lightweight prospect Paddy Pimblett will square off against Rodrigo Vargas in the main card.

Paddy Pimblett made an impressive start to his UFC career as he knocked out Luigi Vendramini in the first round back in September. The crowd favorite fighter is a former Cage Warriors featherweight champion and is riding on a three-fight winning streak.

Rodrigo Vargas picked up his first UFC win back in April as he defeated Zhu Rong at UFC 261. He started out his UFC tenure with a decision loss to Alex da Silva in August of 2019 and followed that up with a DQ loss to Brok Weaver in February of 2020.

Pimblett has a ton of hype behind him, but it remains to be seen how much of it is justified. Though he’s got some power in his hands, the English talent is definitely hittable, and he’s generally better off dragging foes to the mat and jumping on their backs.

Vargas seems to be a slightly better fighter than his UFC record would indicate. A physical fighter with power in his hands and solid wrestling technique, Vargas seems to struggle more to pace himself and fight in an appropriately measured fashion than anything else.

Will ‘The Baddy’ grapple his way to a victory?

Unfortunately for Rodrigo Vargas, Pimblett is quite dangerous. Paddy Pimblett’s size advantage will come into play during his submission attempts. He likes to hang on smaller fighters in the clinch and throw up flying submissions.

If the two end up grappling, Pimblett stands a fair shot at gaining top position at some point and locking up the neck. If at any point Vargas starts slowing down, expect Pimblett to jump on him with power punches. Pimblett has slick submissions on the mat and in a fight against Rodrigo Vargas, a deceivingly hard hitter, Pimblett needs to start looking for takedowns when he has Vargas backed up.