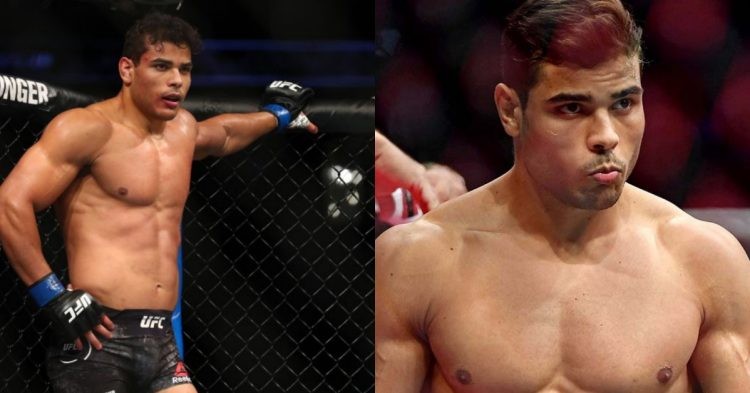 Paulo Costa is in trouble ahead of his UFC return at UFC 277! According to a report by G1 from Brazil, Costa allegedly hit a nurse with an elbow at a shopping centre in Belo Horizonte. Following that, he was taken into custody by local police who put out a statement as to what actually happened.

Apparently, Paulo Costa went to the place to get a COVID-19 vaccinee. He even filled out all the necessary forms to get the procedure done. But when the time came to receive the jab, Costa allegedly refused and wanted to walk away with a vaccination certificate anyway. The report further adds, that when a nurse tried to stop him, Costa elbowed her to free himself.

However, Costa has denied the allegation. According to him, the Brazilian indeed got the vaccine. He has also claimed that he did not use any force against the nurse to free himself. Local authority figure Marco Mota addressed the media regarding the whole fiasco. He added,

“The card was filled out. The workers said that, at the time of application, he did not accept to be vaccinated, he wanted to leave with the card and they did not accept it. At that moment, a nurse was elbowed,” (h/t via G1)

Paulo Costa was getting ready to fight at UFC 277

The no. 4 ranked UFC middleweight fighter is currently due to take on Luke Rockhold at UFC 277 on July 30th. Will this recent run-in with the law hurt his chances of making it to the event? As it is a developing story, It is hard to predict whether this will result in a long legal battle or not.

The report also stated that the nurse is intending on pressing charges against the fighter. Although she did not need any kind of immediate medical attention, She did suffer a swollen lip, the report said. More details are yet to come out regarding the altercation. Costa is due to appear before a court, but it is not clear whether he is still under custody on not.

It will be interesting to see whether the alleged victim in question moves ahead with any legal action or not. Either way, it is not really a good look for Costa who is rapidly losing his credibility with the fans. His loss against Israel Adesanya and embarrassing weight miss against Marvin Vettori has brought up a lot of questions regarding his professionalism.

But it will be premature to draw any kind of conclusion from only one report. At the end of the day, it may not affect his scheduled appearance at UFC 277 at all. Stay tuned for all the latest development on the case.