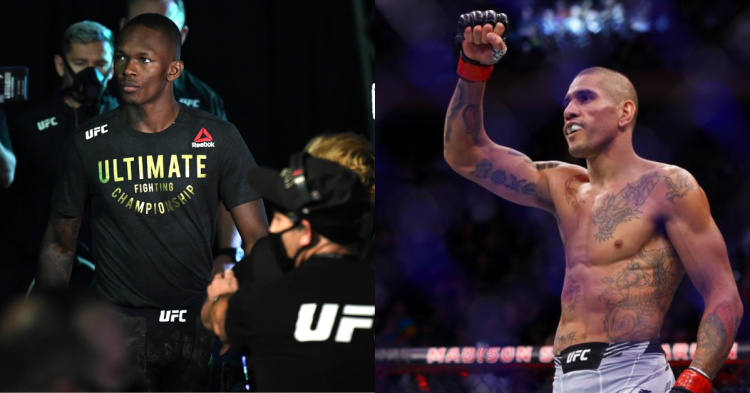 Israel Adesanya faces his biggest challenge yet at UFC 281. Not only is the Stylebender going up against an old foe, it is one that he is currently 0-2 against in kickboxing. Alex Pereira is like a nightmare in real life for all middleweights, especially Adesanya.

Previously winning via a thunderous knockout, Pereira will be looking to repeat the past. After making his way to the UFC, Alex has been on a mission. After 3 dominant victories in the UFC, Poatan is ready to get his third victory over Adesanya.

Speaking to The Schmo, UFC middleweight and former friend of Izzy, Phil Hawes talks about how he sees things playing out this November. “Izzy is really good, you know and I can see him being crazy enough to even try to attempt a takedown. I mean, I could expect that from Izzy because he’s crazy, you know what I mean? He’s an entertainer. I can see him doing something like that, but I think he gets it out. I think he squeaks by.”

Lately, Israel has been accused of playing it safe and point-fighting in his championship bouts. Many fans feel that Izzy plays it too safe and is slowly becoming a boring fighter to watch.  However, with his fight against Alex, people can rest assured there will be fireworks aplenty.

However, Israel will prioritize winning over everything and might be forced to adopt some unorthodox methods to do so. We have seen an improvement from Israel in his wrestling and grappling over the years. With an all-out firefight too risky against someone like Pereira, wrestling could be a potential wild card.

Alex Pereira has earned 21 knockouts in kickboxing and has five stoppage wins on his 6-1 pro-MMA record, including a first-round knockout of Sean Strickland at UFC 276 and a spectacular flying-knee finish of Andreas Michailidis last year. Pereira is also the only knockout defeat on Adesanya’s combat sports record

During the same time, Israel has defended his title against the likes of Robert Whittaker and Jared Cannonier. Although the contest against the latter was drawn out and lackluster, Izzy got the job done.

With Adesanya well acquainted with the threat Alez brings with his striking, he can target the Brazilian’s lack of experience in MMA. Thus, the bout remains one of the most anticipated fights of the year. Who do you think wins this one?