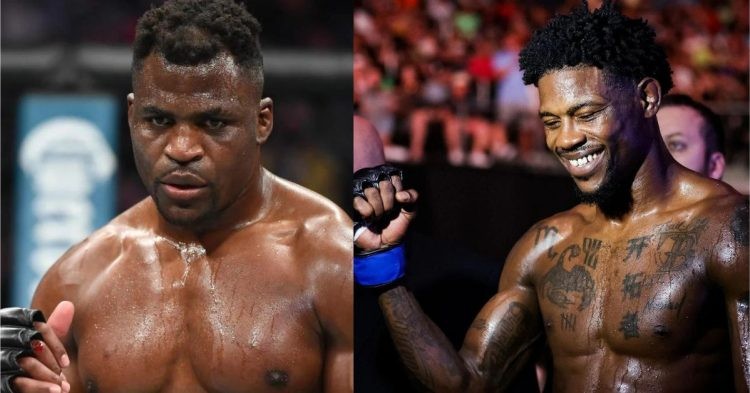 Kevin Holland recently took the MMA world by storm after announcing his sudden retirement on his social media. Many fans have speculated that the reason behind this sudden decision is because of his humiliating loss at the hands of Khamzat Chimaev at UFC 279.

‘Trailblazer’ took the fight against Chimaev on short notice, after the main card of UFC 279 was shuffled as Chimaev missed weight. ‘Borz’ came in weighing 7.5 pounds over the welterweight limit for his main event fight against Nate Diaz. He was then rescheduled to fight in a catchweight bout after Holland stepped in as a last-minute replacement.

Reportedly, Holland was paid more than some UFC champions for his loss against Chimaev. For instance, Francis Ngannou was paid considerably less amount of money for his hard-fought victory against Ciryl Gane in his last fight.

However, Holland finally got his wish of fighting an accomplished striker as the UFC booked him to face Stephen Thompson in the main event of UFC Fight Night on Dec.3 in Orlando. According to Daniel Cormier, the UFC has rewarded Holland for accepting the fight against the scariest and undefeated fighter, Chimaev on short notice.

His last opponent was a dominant grappler, and the defeat caused him to step out of the sport as the UFC was not giving him a striker opponent.

As per the report, the fan-favorite Kevin Holland was paid a massive amount of money in his last fight against Chimaev at UFC 279. While the numbers are not official, a recent post suggested that Holland earned more money than some UFC Champions.

Some fans stated that Holland had previously announced his retirement because of this huge payout. The post said, “Kevin Holland got paid at UFC 279!! According to sources close to the situation, Holland made $800,000 in guaranteed show money to fight Khamzat Chimaev on a little more than 24 hours’ notice.”

‘Trailblazer’ also replied to the post, stating that the number was inaccurate. He further intrigued the fight fans by adding that the amount could be more or less than $800,000. If this is true, then Holland has earned more than some UFC champions.

For instance, UFC heavyweight champ Francis Ngannou earned a purse of $600,000 for his recent fight against Ciryl Gane in the main event at UFC 270. Surprisingly, Ngannou won that fight via decision while Holland lost and yet earned more.

Reportedly, the former welterweight champion Kamaru Usman earned the highest in a title fight in 2021. He defended his title against Jorge Masvidal and made $692,000 while getting the win bonus.

For his last fight, Usman was paid $500,000 against Leon Edwards. ‘The Nigerian Nightmare’ lost his P4P No.1 spot and his welterweight title after suffering a scary head-kick knockout loss at the hands of Leon Edwards.

For a long time, Holland has demanded a fight against an elite striker and often wished to fight Stephen Thompson. Thompson will compete for the first time this year against Holland, after losing a decision loss to Belal Muhammad last year.