by Nikhil Chauhan
in Fight Night: Woodley vs Burns, UFC
0 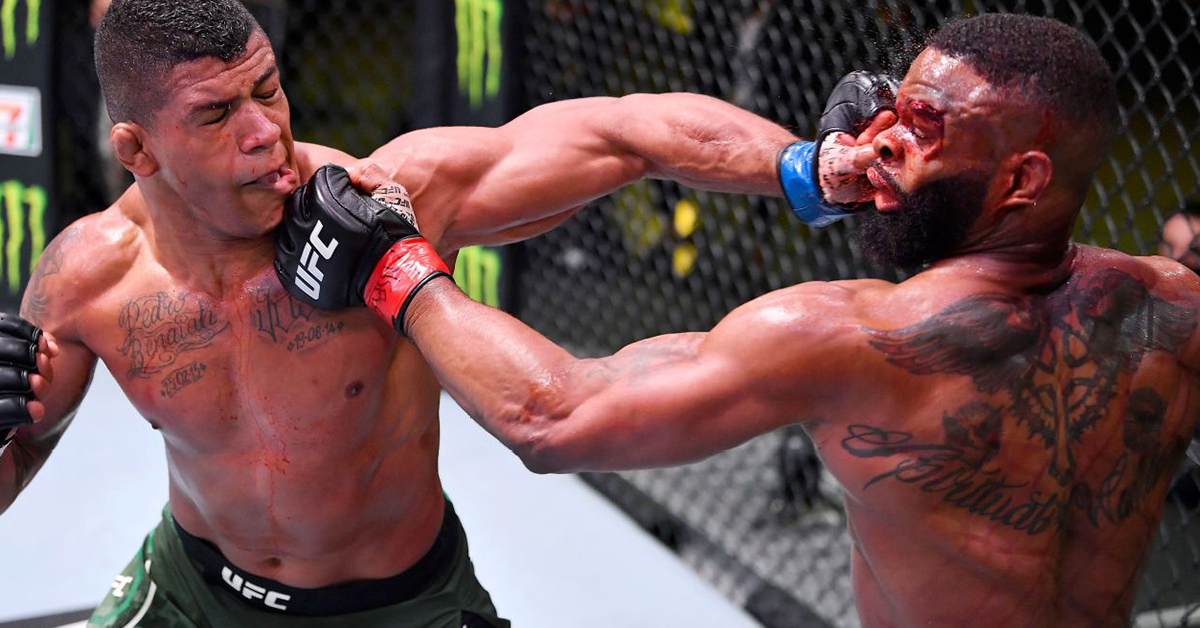 UFC Fight Night: Woodley vs Burns was all sorts of spectacle. With a win over former champion Tyron Woodley, GIlbert Burns earned the respect of the MMA fans around the world. Burns picked up a unanimous decision victory and showed all signs of a potential champion as he dominated Woodley throughout the five rounds of the fight. Burns was quick with his hands, and solid with his ground work, managing to successfully attempt two take-downs against someone who is credited for his impeccable take-down defense. Woodley showed no signs of comeback, after Burns tagged him early in the first round, which rendered a deep cut on his left eye. While one would have hoped for a more aggressive Woodley going into the fight, the former champion largely remained on his backfoot, with Burns dictating the pace of the game. With this win, Gilbert Burns has put his name forward for title contention.

“I have a lot of respect for you. But I am next.” Burns said, referring to Kamaru Usman, in his post match interview. Apparently, both Burns and Usman are training partners at the gym, and will likely face each other for the championship belt if everything goes as planned for Burns.

🇧🇷 @GilbertDurinho with the biggest win of his career at #UFCVegas! pic.twitter.com/qbgAelUUCj

While many fighters had predicted Tyron Woodley to get his hand raised, it was Gilbert Burns who defied all odds, and came out victorious at the night of the action. 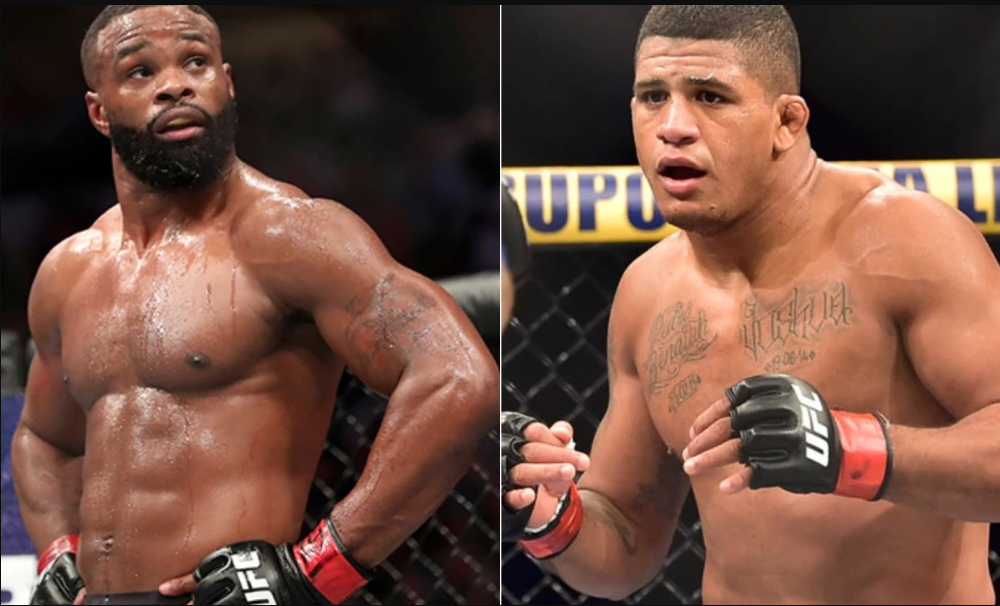 What a great performance by my man @GilbertDurinho #UFCVegas

Incredible night of action. Congrats to all fighters. They delivered!

What a performance by @GilbertDurinho

So impressed with @GilbertDurinho Congrats on your amazing win. So happy for you my friend #UFCApex

I'm really happy for @GilbertDurinho. He literally made this fight happen. I might need to take the same approach to @SPonzinibbioMMA and @MikeMav22. I've said yes to any fight the @ufc has offered me. I just need my moment!

I think all my questions about this main event were answered tonight. Burns is legit, but his last two performances were championship caliber! #UFCVegas

Also big ups to the coaching staff. @henrihooft @CoachGJones and #KamiBarzini. That was a very polished fighter we just saw get his hand raised. #UFCVegas

That was a masterful performance, congrats @GilbertDurinho 😤😤😤 #UFCVegas

Title shot next for @GilbertDurinho #UFCVegas

Damn I picked burns. But what is next for t-wood now? @ufc #UFCVegas

Burns is the #1 contender #UFCVegas #UFCApex

Gilbert Burns is one of my teammates , I thought this was going to be a dog fight . What a huge performance . We have some monsters on the team ! 🔥 #UFCApex

That was a super impressive fight by Gilbert

What’s next for Gilbert Burns?

The outcome of Woodley vs Burns adjusts another fighter worthy of a title shot. With Leon Edwards, Jorge Masvidal, and Gilbert Burns aiming to get the title opportunity, Covington has also expressed interest in a rematch. It remains to be seen where welterweight division will go from here, and who will fight Usman next.