UFC Fight Night: Kevin Holland vs Derek Brunson has some exciting fights for the fans. And the return of Gregor Gillespie against Brad Riddell might shock a lot of fans.

Gregor Gillespie was viciously knocked out by Kevin Lee in his last fight at UFC 244. That was the first loss for Gillespie in his MMA career. However, Gillespie has looked impressive inside the octagon before his loss to Kevin Lee. So he will certainly be looking to get back on the winning streak this Saturday.

On the other hand, Brad Riddell is another exciting talent coming from the City Kickboxing. Ever since the invasion of City Kickboxing in UFC, the fans have seen some of the greatest mixed martial artists of modern times. While Israel Adesanya and Alexander Volkanovski are dominating two UFC divisions, fighters such as Bard Riddell and Kai Kara France are entertaining the fans with the showcase of their elite skills. But can Brad Riddell overcome the wrestling prowess of Gregor Gillespie? Let’s find out. 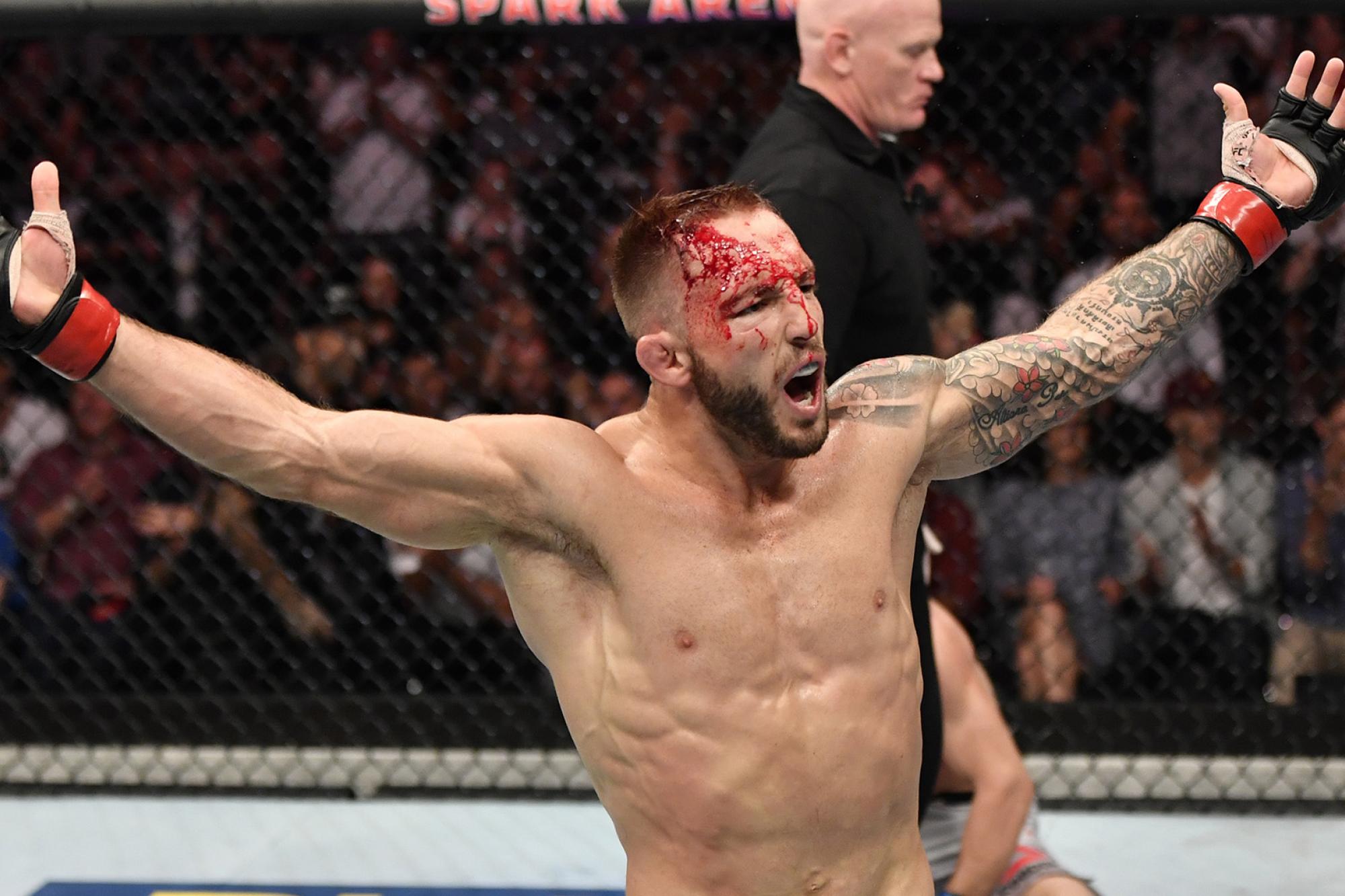 It’s an exciting fight in the UFC lightweight division. Before the loss to Kevin Lee, Gregor Gillespie was considered the next big thing in the division. Many even believed that he would put Khabib Nurmagomedov in trouble with his wrestling and cardio.

Despite the loss to Kevin Lee, Gillespie is an elite wrestler and he will put Riddell in a lot of trouble if the fight goes to the ground. Gillespie’s striking is not as good as his grappling but he has outclassed his past opponents on the feet as well.

Gregor Gillespie put on a striking clinical against Yancy Medeiros. However, Riddell will not be an easy opponent for him if he decides to get into a striking battle. However, Gillespie will take the fight to the ground early in the fight.

The Kevin Lee fight was an exception where he did not go for a takedown and decided to strike. But, Gillespie will be aware that he has a clear grappling advantage over Riddell and he will very likely dominate him on the ground.

Brad Riddell has shown some good defensive grappling. He can do damage even if there is a lot of grappling sequences in the fight. But, Gillespie is just levels above Riddell when it comes to the ground game. The fight is likely going to end with a submission in the 2nd round.

Brad Riddell has the cardio to fight a 3 round fight at a high pace. But, in the end, Gillespie will take over the fight with his wrestling and finish it with a submission.