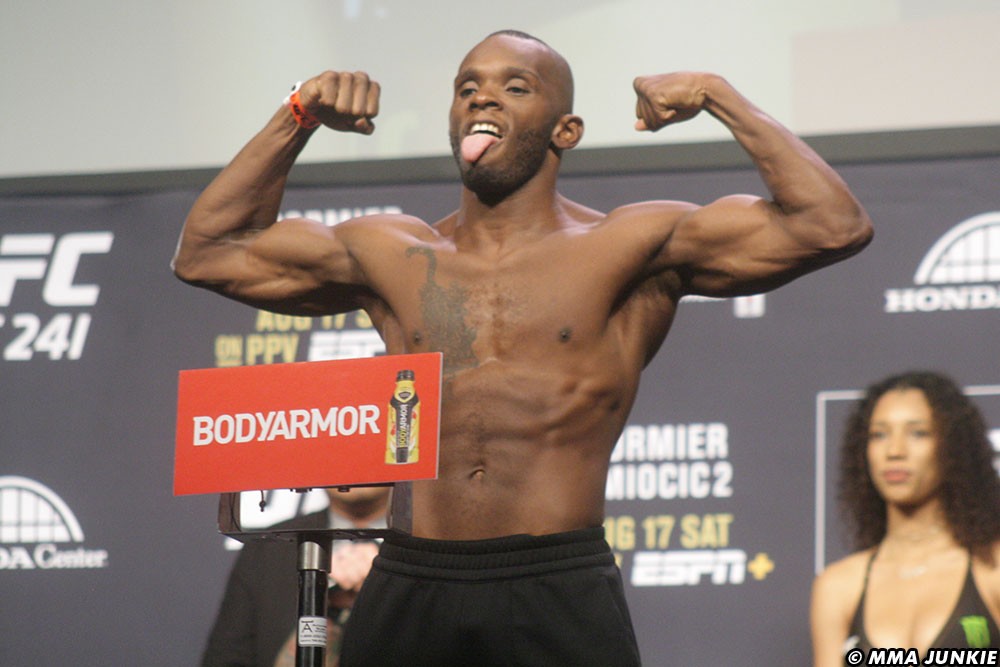 UFC Vegas 41 will go down this weekend at the UFC Apex in Las Vegas, Nevada. In the main event, Paulo Costa will be taking on Marvin Vettori. In the preliminary card, Khama Worthy will step inside the UFC octagon to take on Jai Herbert in a lightweight match-up.

Khama Worthy (16-8) has a two-fight skid of his own. After a first-round knockout win over Devonte Smith in his promotional debut at UFC 241, he submitted Luis Pena in June 2020 to run his winning streak to seven fights. But in September 2020, he was knocked out in the first round by Ottman Azaitar, and in March had a 46-second knockout loss to Jamie Mullarkey.

Jai Herbert (10-3) debuted in the UFC in 2020 on a six-fight winning streak that included a Cage Warriors lightweight title win and title defense. But in his promotional debut in July 2020, he was knocked out in the third round by Francisco Trinaldo. His follow-up in June was a second-round rear-naked choke loss to Renato Moicano, giving him the first skid of his career.

In a lot of ways, Worthy and Herbert are quite a bit alike. Both of them like to stand and trade. Both of them have shown to have big KO power, especially on the regional scene. Finally, both of them also have shown to have a relative weakness in takedown defense when faced with high-level grapplers. This was problematic for Jai Herbert in the loss to Francisco Trinaldo before he got KO’ed. Meanwhile Worthy nearly lost a decision to Luis Pena due to takedowns before scoring a late guillotine.

The interplay of styles for this one comes in with how they strike. Herbert tends to get backed up quite a bit more until he finds his rhythm. He usually tries to do this by leaving his lead hand out to measure his opponent. Worthy, meanwhile, is a little more of a trial and error style fighter. He isn’t afraid to get in an exchange and see what he has over his opponent. While this can be tricky for opponents to deal with, it did get Worthy caught in his last fight with Jamie Mullarkey.

Ultimately, we think surviving the feeling-out process will be vital for Jai Herbert. In addition, the way he feels for range seems dangerous for a guy like Khama Worthy who lets it fly. Overall, it seems to be an interesting match-up.