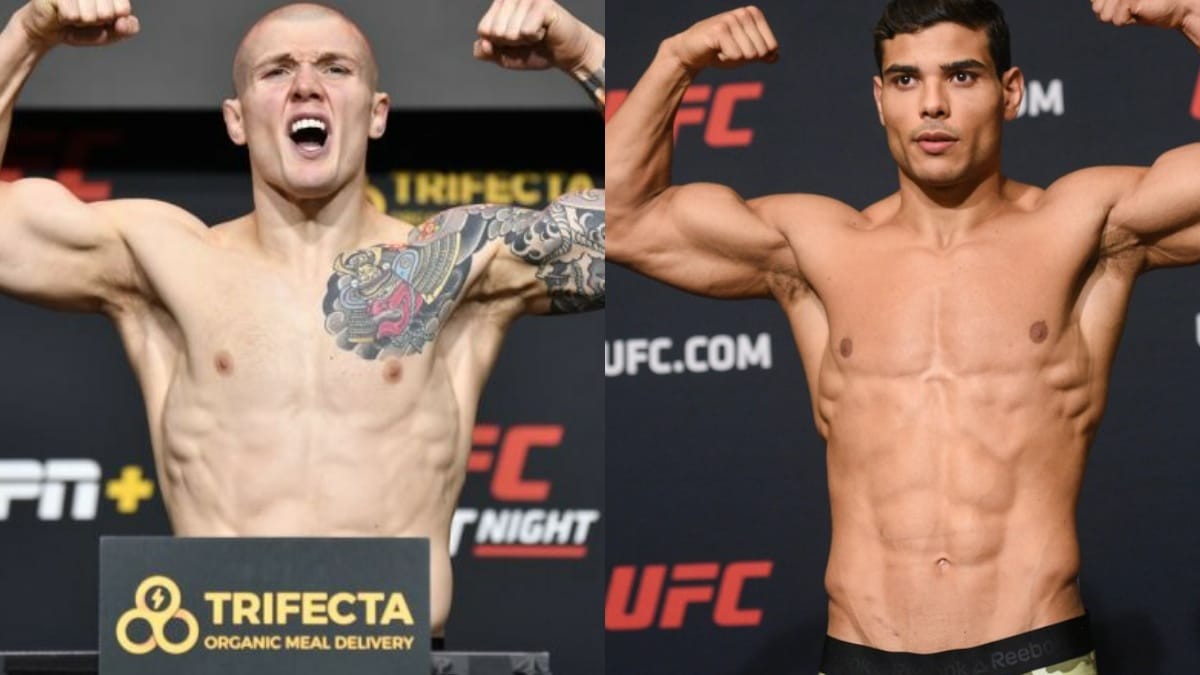 MMA action will be back this Sunday with UFC Fight Night: Paulo Costa vs Marvin Vettori in Las Vegas. Other than the highly anticipated Middleweight main event several other fights will be very exciting to watch.

With that said, let’s break down the main event fight between Costa and Vettori along with the predictions.

Costa(13-1) will make his return to the octagon after a long one-year gap. He lost his last fight against the current Middleweight Champion, Israel Adesanya, and failed to get his hands on the title. This defeat halted his five-fight win streak in the UFC since joining the promotion in 2017.  A win against Vettori may not give him the title shot for the second time but will surely take him closer to it.

Vettori (17-5) has a somewhat similar situation to Costa as he has also lost his last fight against the champion Israel Adesanya earlier this year. It was his second defeat against Adesanya but the stakes were high this time but the Italian failed to capitalize. Vettori currently ranks fifth in the middleweight rankings and a win against Costa will increase his chances of challenging for the title for the second time.

Costa didn’t look sharp in his last fight against Adesanya. ‘The Eraser‘ is regarded as one of the most dangerous fighters of the division. However, he failed to show that in his last fight and got TKO in the second round. But, the story won’t be the same with Vettori as he has lesser accuracy and speed in striking compared to Adesanya.

Costa will look forward to dominating the fight by pushing Vettori back constantly with his heavy striking. Costa has tremendous power which has helped him a lot in his past fights. The Brazilian has eleven Knockout wins throughout his MMA career.

Vettori, on the other hand, is a fighter who likes to fight on the ground. With great grappling skills, ‘The Italian Dream’ will shoot regular takedowns towards Costa and will take advantage of the ground and pound. Costa himself is also pretty good at grappling; this will prevent Vettori from completely dominating on the ground.

Other than wrestling, Vettori is good at striking and clinches. Vettori has a total of nine submission wins in his career and has good experience in long fights going to the last round.

Certainly, it is a difficult pick as both fighters have attributes that don’t really give them a superior advantage over one another. But, looking at Costa’s record and performance along with that brutal striking it is hard not to pick him.