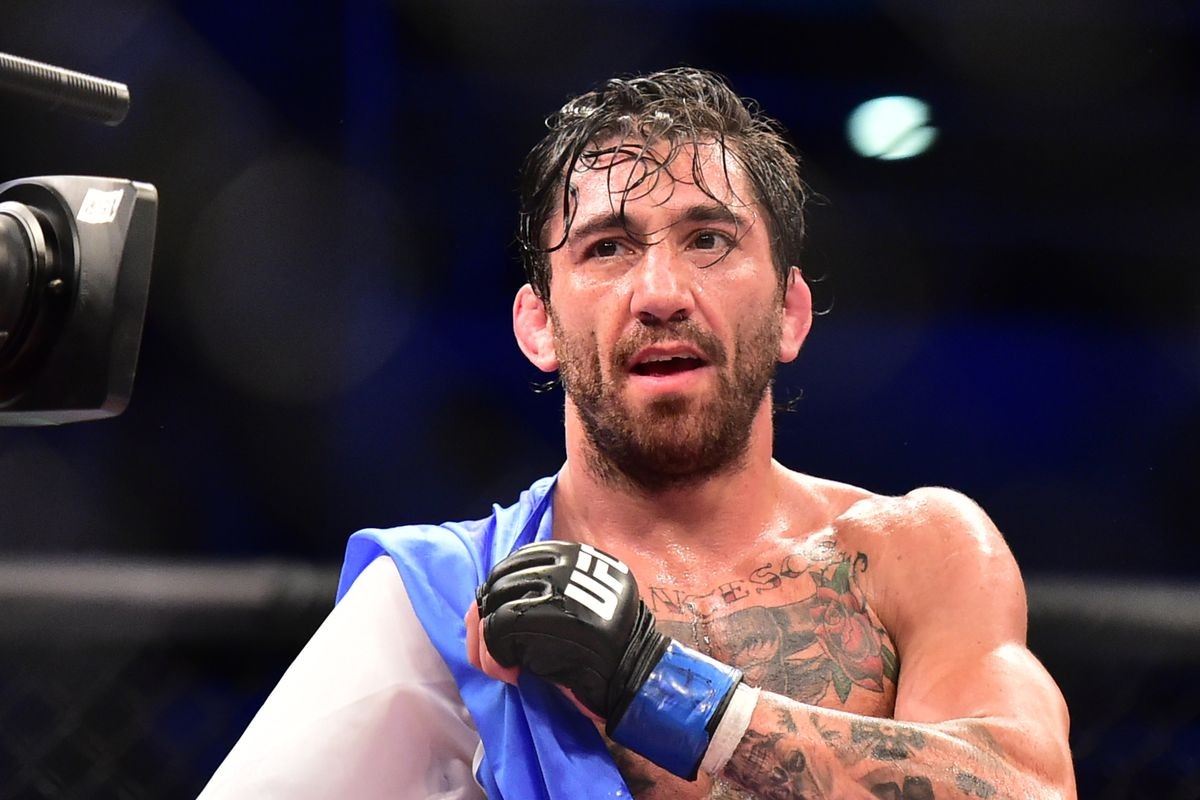 UFC Vegas 50 will go down this weekend at the UFC Apex in Las Vegas, Nevada. In the main event, Thiago Santos will be taking on Magomed Ankalaev. In the preliminary card, Kris Moutinho will step inside the UFC octagon to take on Guido Cannetti in a Bantamweight match-up.

Kris Moutinho will make his second UFC walk following a hard-fought, short-notice battle with Sean O’Malley in his octagon debut at UFC 264. The 29-year-old got his UFC opportunity following back-to-back finishes while competing for CES MMA.

Guido Cannetti is 2-5 thus far in his UFC tenure and looks to snap a three-fight skid when he makes his first 2022 appearance. In his most recent bout, Cannetti lost a split decision to Mana Martinez at UFC Vegas 35 in August.

Kris Moutinho does have fairly decent boxing, wrestling, and takedown defence. What Moutinho lacks a lot of, is striking defence. Even before the demolition job from Sean O’Malley, Moutinho was starring in fights where he was taking bombs to the face without even flinching.

Guido Cannetti is levels above Moutinho in terms of speed and power. A southpaw fighter, Cannetti has that herky jerky style that allows him to blast leg kicks and take his opponents by surprise. He’s also susceptible to leg kicks since his stance is very low and wide.

Moutinho’s lack of good defence is a crucial weakness, whether he’s fixed it in less than half a year is the question. Whether his improvements suddenly drop off when he gets punched in the mouth is another thing. Cannetti has all the tools to punish Moutinho in this fight, faster hands, faster feet, and even a decent ground game.