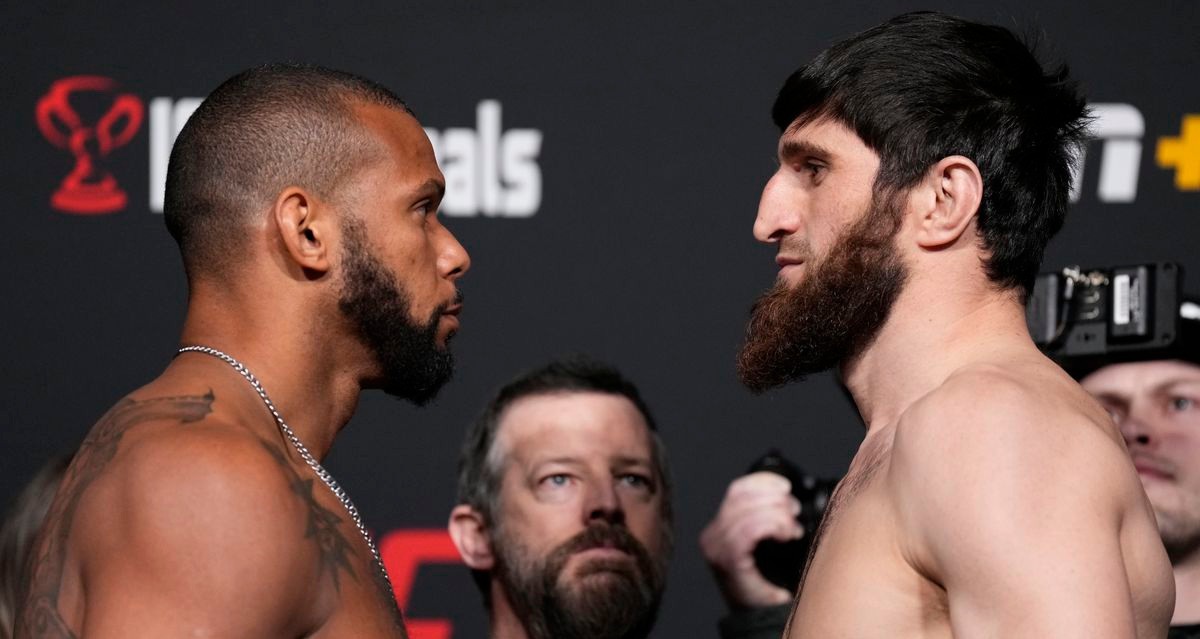 UFC Vegas 50 just finished its proceedings and it was certainly an interesting fight card for the viewers for sure. Although it had entertainment value at certain points, the main event was a lacklustre one.

The main card had 6 fights on it and 3 of those finished via KO/TKOs. However, the headliner between Thiago Santos and Magomed Ankalaev went the distance. However, very little action took place during the fight.

Ahead of the fight, Magomed was expected to take Santos down and implement his wrestling. However, he was only able to secure one takedown throughout the entire fight. The Brazilian was surprisingly efficient with his takedown defence.

However, he could not do much more than that. Santos knocked down Ankalaev briefly at the end of the second round. But he couldn’t replicate it for the rest of the duration. He mostly kept his distance well to avoid any threat of a takedown.

The power of Thiago Santos ????

Thiago Santos seemed hesitant to let his hands go. Whereas, Magomed did not shoot for many takedown attempts in fear of being countered. But he did enough to win the contest via unanimous decision. The judges scored the fight 49-46, 49-46 and 48-47 for the Russian.

The win over Thiago Santos gives Magomed Ankalaev a guaranteed place in the top 5 of the division. Another win over an elite opponent will probably secure him a title fight against.

In the co-main event of the evening, Marlon Moraes took another loss at the hands of Song Yadong. Moraes has now lost 5 of his last 6 fights inside the Octagon. Yadong on the other hand has won 4 of his last 5 fights. With this win, he will break into the top 10.

Kris Moutinho took on Guido Cannetti in the prelims of the event. Moutinho, who is famous for stepping up against Sean O’Malley on short notice, lost against Cannetti via KO/TKO at 2:07 of the first round.

HUGE comeback for @DrewDober in the first round ???? #UFCVegas50 pic.twitter.com/RQAWHjEj14

UFC Vegas 50: What is next for Magomed Ankalaev and Thiago Santos?

Glover Teixeira will defend his light-heavyweight belt for the first time against Jiří Procházka at UFC 275. The winner may find Magomed Ankalaev as their next opponent. However, fighters such as Jan Blachowicz and Aleksandar Rakic are still ranked ahead of him.

Rakic and Blachowicz seem to be heading towards a clash at some point in the future. Hence, the winner of that fight makes more sense for Ankalaev as his next opponent timeline-wise. As for Thiago Santos, he will most likely exit the top 5 after today.

Magomed Ankalaev takes the biggest win of his career by UD ????

He has only one win in his last 5 fights. Following the knee surgery, he seems to have lost a lot of his speed which has compromised his offense. However, he still has the power. It was evident today when he dropped Ankalaev in the second round. A fight against someone such as Dominic Reyes will most likely be next for him.

UFC has given out 4 bonuses for tonight’s card. And all of them were ‘Performance of the Night bonuses’. Khalil Rountree, CodyBrundage, Song Yadong and Azamat Murzakanov got the honours. All of them will receive $50,000 extra on top of their guaranteed pay.