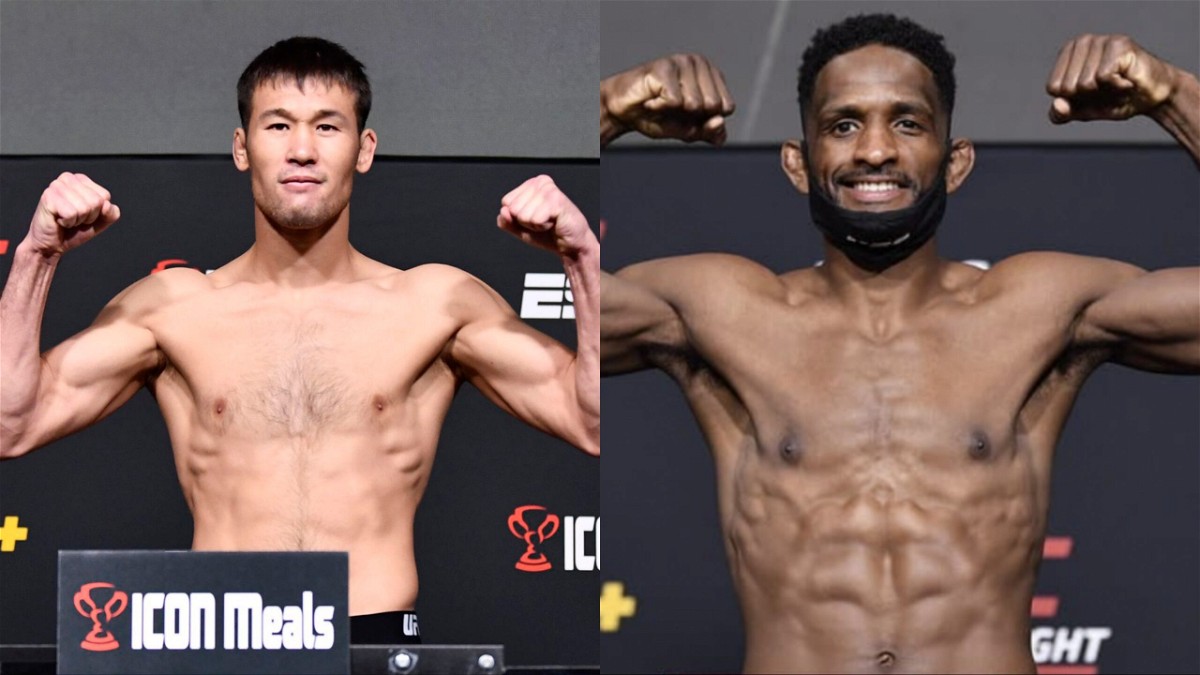 Shavkat Rakhmonov vs Neil Magny is being eyed for UFC Fight Night on June 25 as per MMA Junkie. Although there is currently no word on whether it is just a featured bout or the main event of the night.

Alongside Khamzat Chimaev, if there is another prospect in the welterweight division to keep an eye on, that is Shavkat Rakhmonov. The 27-year old made his UFC debut in 2020 on the UFC 254 prelims. He finished Alex Oliveira via submission in his debut fight.

He has had two fights after that and the Kazakh fighter has finished both of his opponents. Rakhmonov’s latest win came against Carlston Harris in February of this year. He knocked out Harris with a brutal spinning hook kick and got the first ‘Performance of the Night’ bonus of his UFC career.

Neil Magny on the other hand is a true veteran of the sport. The 34-year old has been fighting in the highest level of the sport since 2013 and has 26 UFC fights under his belt. He is currently on a two-fight win streak after beating Geoff Neal and Max Griffin back to back. Magny is currently ranked no. 10 in the 170lbs division.

The rise of Shavkat Rakhmonov

Shavkat Rakhmonov had his first pro MMA fight in 2014. He has been an unstoppable force ever since. Before the UFC, all of his fights either took place in M-1 Global or Kazakhstan MMA Federation (KZMMAF). Nicknamed ‘Nomad’, Rakhmonov currently holds an undefeated record of 15-0-0.

Although his primary weapon is wrestling, Rakhmonov is nimble on his toes as well. Amongst his 15 victories, 8 came via KO/TKO and 7 came via submission. He is one of the rare breeds of fighters who have maintained a 100% finish rate throughout his career. Shavkat has also won the championship in both of the promotions he has fought before.

Nomad is currently ranked 15th. He will have a chance to break into the top 10 of the welterweight division with a win over Neil Magny. Can he maintain the record of finishing all his fighters against an experienced campaigner such as ‘The Haitian Sensation?’ Fans will find out soon.