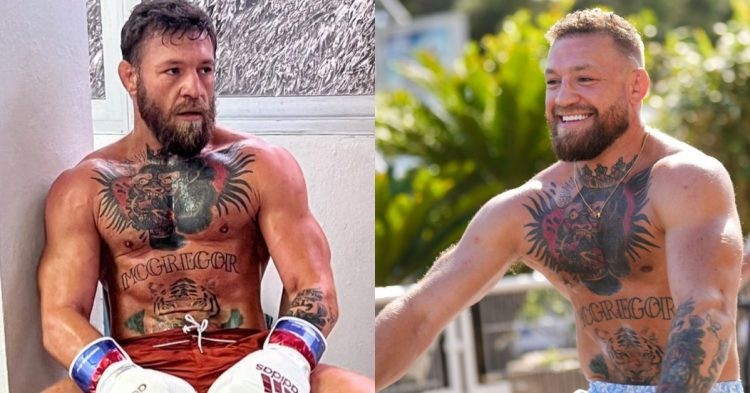 Conor McGregor, the most well-known MMA fighter in the world, has not been drug tested in 2022 yet. A recent report exposed the fact that USADA did not test Conor even once this year. It led to fans speculating whether The Notorious One had retired or not.

As per UFC anti-doping policies, a fighter may not be subjected to a drug test if they are no longer in contract with the UFC or they have expressed their written desire to retire from the sport. By logic, it means either Conor is out of contract with the promotion, or he has walked away from the sport without letting anyone know. But that seems the opposite of what Conor has done in the past.

After cross-referencing the entire active UFC roster with USADA’s athlete test history database, I found that Conor McGregor was the lone active fighter, (aside from some athletes who signed after Aug. 1) to not be tested by USADA.https://t.co/vn3W3z5CjQ

Conor has tweeted a few times previously that he had retired. However, he came back to the Octagon every time. So, the 34-year-old retiring quietly is not something that seems plausible. Plus, he still features in the UFC lightweight rankings at 11th. So it raised a lot of questions as to why USADA has not tested McGregor yet. It has also left the doors open for speculations regarding doping.

It looks like the anti-doping agency has been made aware of the controversy. Although they can not comment on an individual, The United States Anti-Doping Agency has released a statement to reveal its policies regarding testing in general. However, it raises more questions than it provides answers.

“Once UFC athletes are enrolled in the testing program, they are subject to testing – even when not competing – unless they notify the UFC of their retirement, their contract is terminated, or they are otherwise removed from the program. In the event of an athlete’s return to the UFC, they are required to remain in the USADA testing pool for six months before they are permitted to compete.”

“Similar to World Anti-Doping Agency rules, the UFC may grant an exemption to the six-month written notice rule in exceptional circumstances or where the strict application of that rule would be manifestly unfair to the athlete, but in both cases under the UFC rules, the athlete must provide at least two negative samples before returning to competition. We do not comment on the testing pool status of any particular athlete.” (h/t via MMA Fighting)

From the above statement, it is clear that USADA can not test fighters if they are not with the UFC anymore. Does that mean Conor has left the UFC? But, it does not mean that it is the end for the Irishman in the company. He may still return to fighting, however, it will have to be after spending a six-month period in the USADA testing pool.

Will Conor McGregor come back to the UFC?

As fans may remember, Conor McGregor last competed against Dustin Poirier at UFC 264. However, the brutal leg injury brought an abrupt end to the fight. After that, more than a year passed and there has been no news on when he may come back until very recently. John Kavanagh, Conor’s head coach, gave some details about Conor’s recent training sessions.

Following that, McGregor’s manager stated that the Dublin native will return in early 2023. But according to what USADA has to say, Conor will not be able to fight till March of 2023 at the earliest. McGregor, who is currently shooting his first Hollywood film at the moment, has no interest in fighting. He turned down a $100 million boxing re-match against Floyd Mayweather.

What do you think Conor McGregor will do next? Do you think he ever fights again? Let us know in the comments down below!