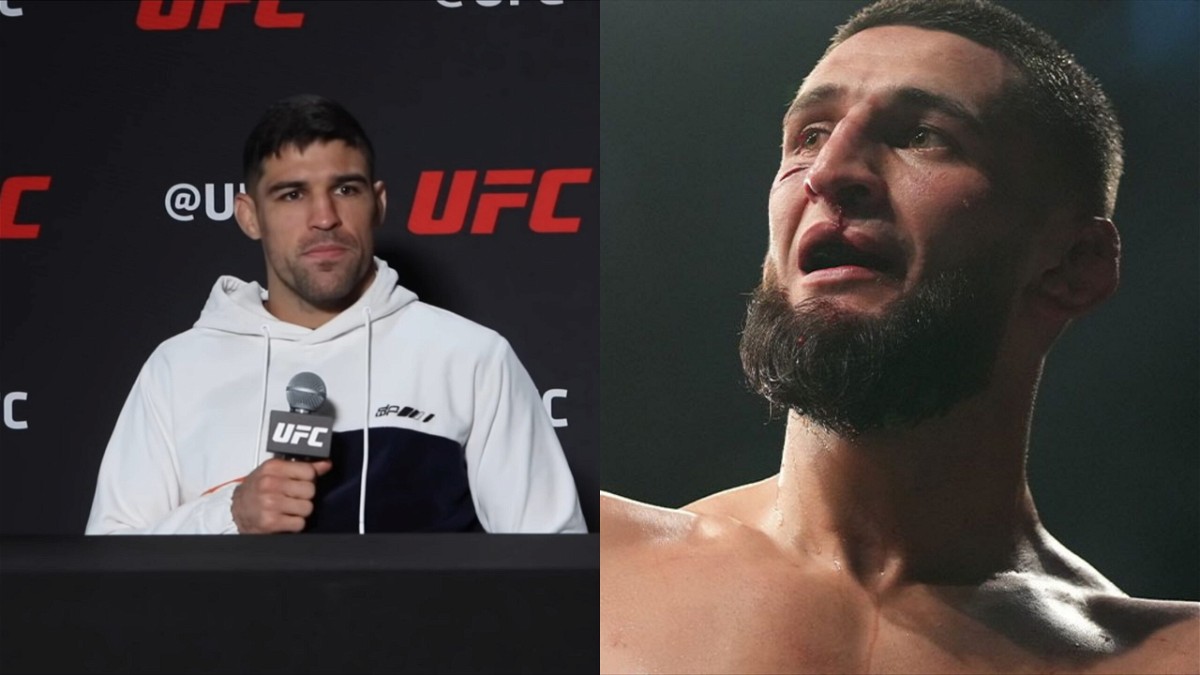 Vicente Luque is impressed with Khamzat Chimaev after his brutal 3 round brawl with Gilbert Burns at UFC 273. Vicente stated that he was very surprised to see just how tough of an opponent Chimaev really is.

Vicente Luque is currently ranked in the top 5 and has a fight coming up against Belal Muhammad this weekend. He faced the media members ahead of the much-anticipated rematch. But as expected, he was asked about his thoughts on Khamzat Chimaev’s fight last week.

Although he was complimentary of Chimaev’s grit and determination, Luque wants to see him grow more as a fighter. Despite his prominence at the moment, the 27-year old is only 5 fights into his UFC career. In the press conference, Luque said,

“I was surprised, and definitely now I know that he’s tough. He can go in there and fight, but we’ve got to see more from him. It’s one fight. We’ve got to see him against other guys too,”

Vicente Luque was not particularly happy about how the judges scored the fight. He thought the fight was a lot closer than the scorecard made it seem. But he also acknowledged his bias toward Gilbert Burns as they are teammates. At the same time, Luque is also excited about the injection of new blood at the top of the division. He added,

UFC president Dana White expressed his wish to see Khamzat take on the current no. 1 ranked UFC welterweight, Colby Covington. Vicente Luque also gave his opinion on how he thinks the fight between Covington and Chimaev might go. According to Luque, Colby will look to that the fight deep into the 5th round. The fans have already seen Khamzat getting tried after the second round. Hence, it will be difficult for ‘The Borz’ to overcome ‘The Chaos.’