VIDEO: Female Fan Suffers Severe Consequences for Trying To Get Into UFC Octagon at UFC 274 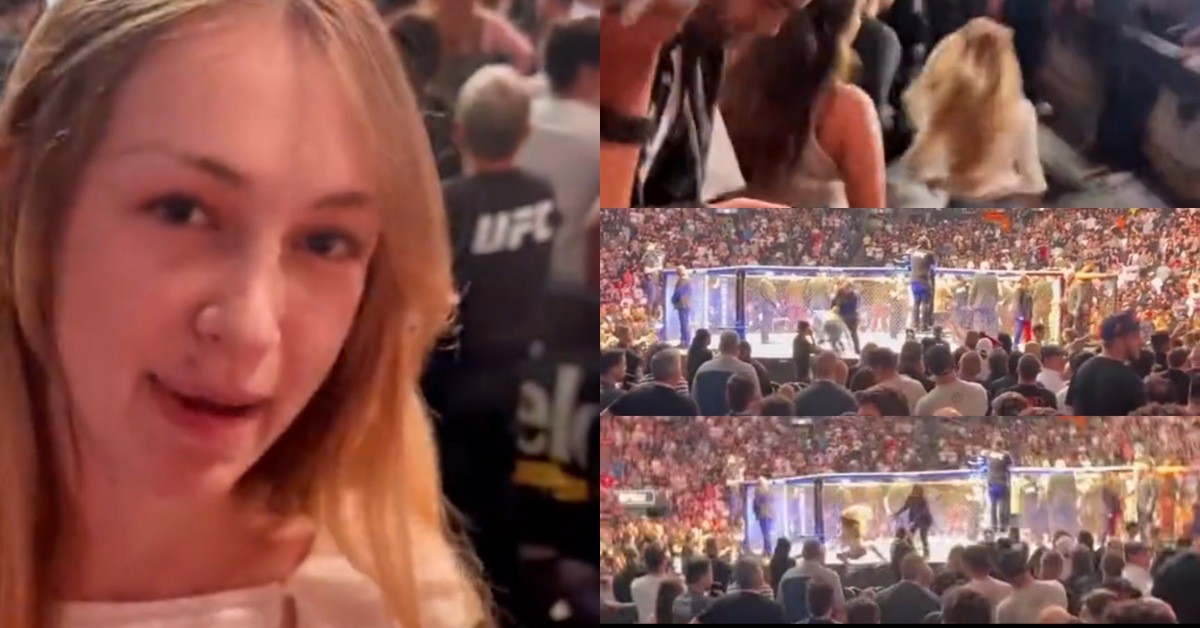 Girl tries to invade the Octagon UFC 274. (Images via The MacLife YouTube Channel)

A fan tried to invade the Octagon at UFC 274! The Incident was streamed live on a social media platform and it ended on a very poor note!

The person in question jumped the fence while someone recorded the video. With some of the fans cheering her on, she seemingly ran towards the Octagon. She successfully reached the cage as well. But just when the woman was about to hop on the Octagon, a security guard forcefully threw her off the ramp in order to stop her.

The video has seemingly amassed 1.3 million on Twitter. The incident took place right after the main event between Justin Gaethje and Charles Oliveira. Fortunately, she was not successful in her quest. Otherwise, she could have gotten seriously hurt if she made any wrong move inside the Octagon. The person was ultimately escorted out by security.

UFC 274 had five fights on the main card. All-in-all it was a newsworthy event for sure. Cowboy Cerrone could not fight on the card due to suffering from food poisoning prior to the event. Dana White later revealed that the bout will be pushed to a later date.

As a result of the Cerrone fight being postponed, Randy Brown vs Kalinn Williams was promoted to the main card. Although Brown got the nod, Williams felt as if he was the rightful winner. Following that, it was time for two veterans to go head to head.

The Light-Heavyweight contest between Mauricio Shogun Rua and Ovince Saint Preux was very uneventful. Both had a very cautious approach to the fight and OSP picked up the win via split decision.

Then came perhaps the best knockout in recent times. Tony Ferguson and Michael Chandler went at it for 5 minutes and 17 seconds. Although Tony seemingly won the first round, Chandler came back and knocked him out in the second round with a vicious front kick. It was the first KO defeat of Tony’s career.

The co-main event featured one of the most uninspiring UFC title fights ever! Rose Namajunas lost her Strawweight championship belt against Carla Esparza in a fight, where they threw a combined 67 significant strikes throughout 5 rounds!

The best LW in the world 🌎

But the main event delivered! Justin Gaethje and Charles Oliveira went to war against each other for 3 minutes and 22 seconds. Gaethje dropped Oliveira multiple times throughout the fight. But Do Bronx submitted Gaethje with a rear-naked choke to end the night.

Kyrie Irving Debates the Morality of Having an Only Fans Account While Streaming, High