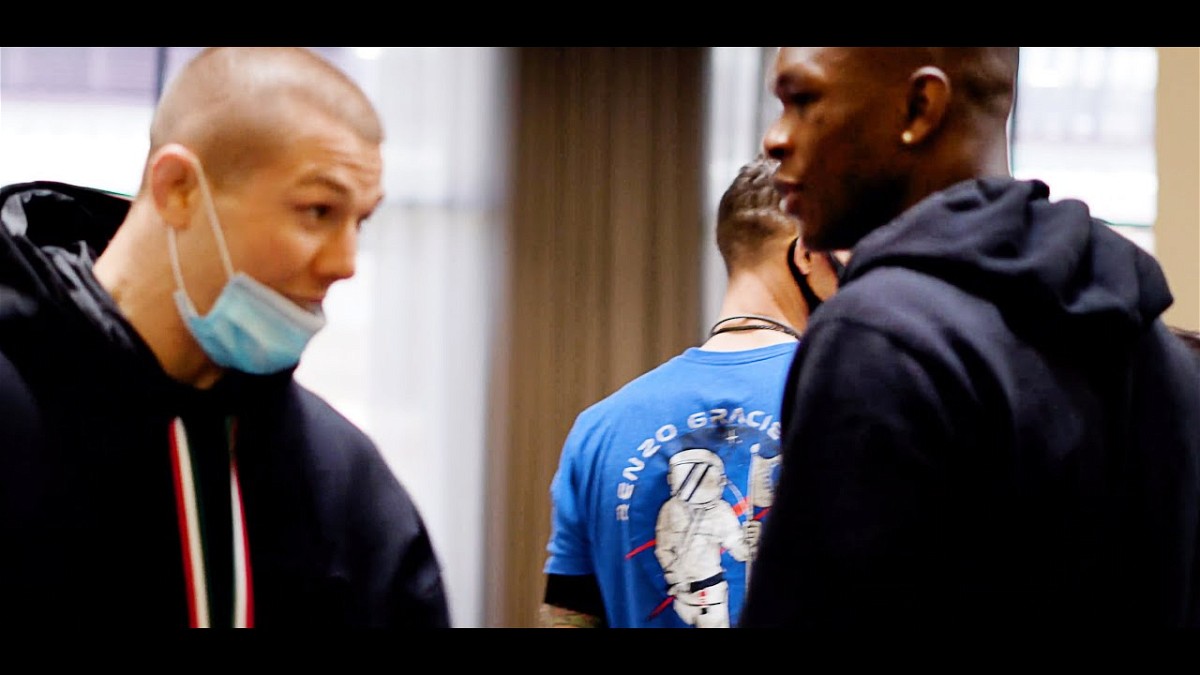 Marvin Vettori will face Israel Adesanya on 12th June for the middleweight championship at UFC 263. This fight will be the second time when these two rivals lock horns against each other. In addition to that, what makes this rivalry so intriguing is the fact that the two have bitter feelings for each other. Both the fighters seem to hate each other as the bad blood between the two seemed to be on clear display in their interview on ESPN moderated by Micheal Bisping. The Last Stylebender and The Italian showed their feisty side as they entered into a war of words. Needless to say, both the fighters are determined to put this rivalry to bed once and for all.

However, only a few days are left for this epic showdown to set into motion. But Israel Adesanya and Marvin Vettori keep running into each other. This time they ran into each other in a hotel lobby. But this altercation didn’t turn out to be an ugly one as The Italian and The Stylebender engaged in friendly banter. Marvin Vettori questioned, “Where’s my belt” whereas Israel Adesanya suggested “Don’t you have a Gucci belt. You should get one.” The Italian ended the conversation “I’m about to get mine. I’m getting yours, my friend.”

Also read: “I F****g Hate You”- Heated Altercation Between Israel Adesanya and Marvin Vettori During an Interview For UFC 263

Israel Adesanya described the details of their altercation in an interview with TheMacLife. The Middleweight Champion explained “Hey, I waved at him and he looked petrified. He kept on looking back and then I told Steve I’m not going to do anything to him. He’s not going to do shit either”

The Last Stylebender also weighed in “I walk right up to him and shook his hand. He was all smiley smiley. You know why because he didn’t have his crew with him. If it was just me by myself and he had his mob with him. I would have kept the same energy. But he would have switched his energy and get riled up. Because he knew security was there and the cameras were there. But I’m a civil guy. When the time for war comes Yeah I’ll take that.”

The Middleweight Champion also mentioned that “I keep the same energy and they don’t”. Therefore it will be interesting to watch the Press Conference as we will see the two fighters engage in mind games before their fight on 12th June at the UFC 263 main event.

Also read: Dana White Reveals the UFC Fighters That Can Replace Conor Mcgregor as the Next PPV Stars