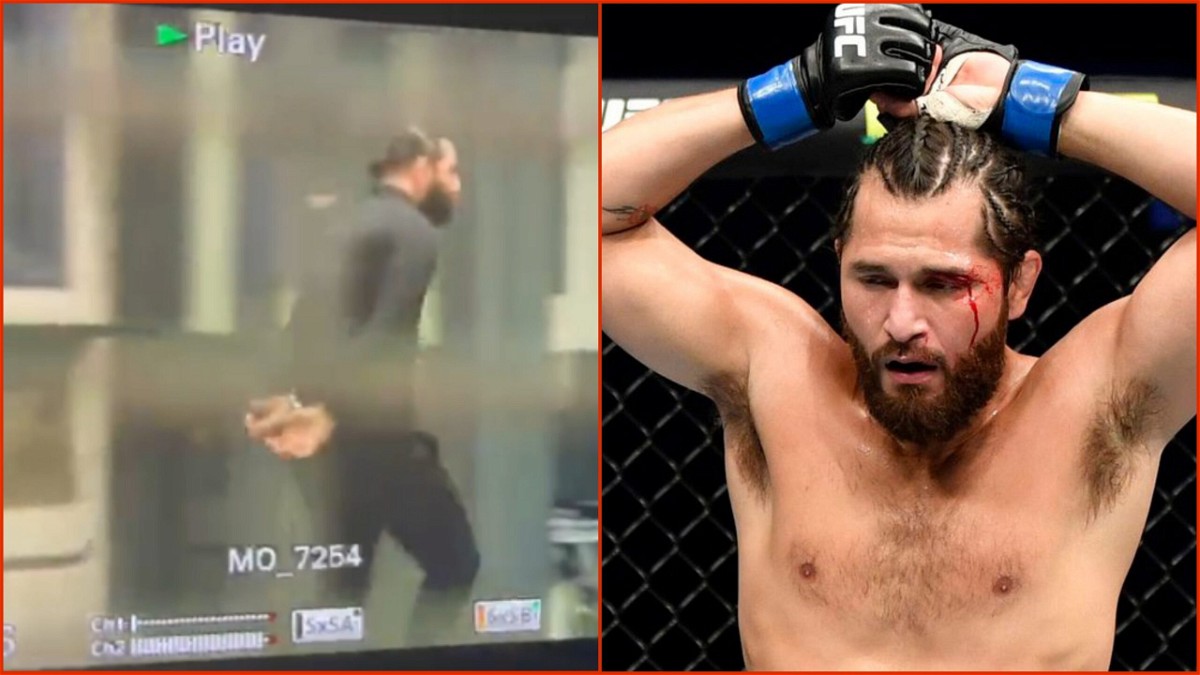 Jorge Masvidal is currently under arrest after his sneak attack on Colby Covington. According to a report, ‘Masvidal booked into jail’ after the incident a few days ago.

Colby Covington was out for dinner with a few internet personalities at a steak house in Miami. Some posted pictures of him during the outing. It can be assumed that is how Jorge came to know about Colby’s location.

Jorge Masvidal has been booked into jail after his dust-up with fellow UFC fighter Colby Covington. https://t.co/YJVUN4PCiL

Masvidal reportedly snuck up on the self-proclaimed ‘king of Miami’ and punched him in the face twice. In the process, he also broke Covington’s teeth. The 37-year old is currently being charged with ‘aggravated battery causing great bodily harm and criminal mischief.’

Exclusive @GamebredFighter headed to jail on an aggravated battery charge after his alleged attack on @ColbyCovMMA Exclusive video and story on @WPLGLocal10 pic.twitter.com/HGJhTz25Kj

Later, footage of Masvidal being brought into police custody was revealed after the investigation. In the footage, he was seen running into the building to avoid getting caught by the paparazzi.

Although it is hard to believe now, Colby Covington and Jorge Masvidal were best of friends. During the initial days of their respective careers, the pair used to share the same apartment. They were also training partners at American Top Team (ATT).

But things came to an end after Colby Covington allegedly refused to pay Masvidal’s coach Paulino Hernadez. According to Masvidal, Hernandez helped Covington ahead of his interim championship fight against Rafael Dos Anjos. However, Colby refused to pay after winning the fight.

After that, the former best friends stopped being on talking terms. Things finally ended after the beef got too big and Colby was kicked out from ATT in 2020. Covington did not stop taking shots at Jorge and Dustin Poirier ever since.

The two finally faced each other in the Octagon earlier this month after years of trash talking. During the build-up of the fight, Covington brought up Masvidal’s ex-wife Maritza Collado. He also called Jorge a ‘deadbeat dad.’

The bout between the two was pretty one-sided as Colby cruised to a victory. Although the Street Jesus dropped him briefly in the 4th round, Covington out-grappled him in every exchange. Masvidal was visibly frustrated as he charged towards the ‘Chaos’ after the bell rang.

Afterwards in the post-fight press conference, Jorge said he will still pursue Covington even if it’s on the streets. He lived up to his words and staged the aforementioned attack. During the scuffle, he could be saying that Covington should have brought up his kids ahead of UFC 272.

Following the brawl, Covington enforced Marsy’s Law and refused to be identified as the victim. In a video, Masvidal was seen issuing a ‘show your face challenge’ to Covington. However, no official statements were put out from either camp.