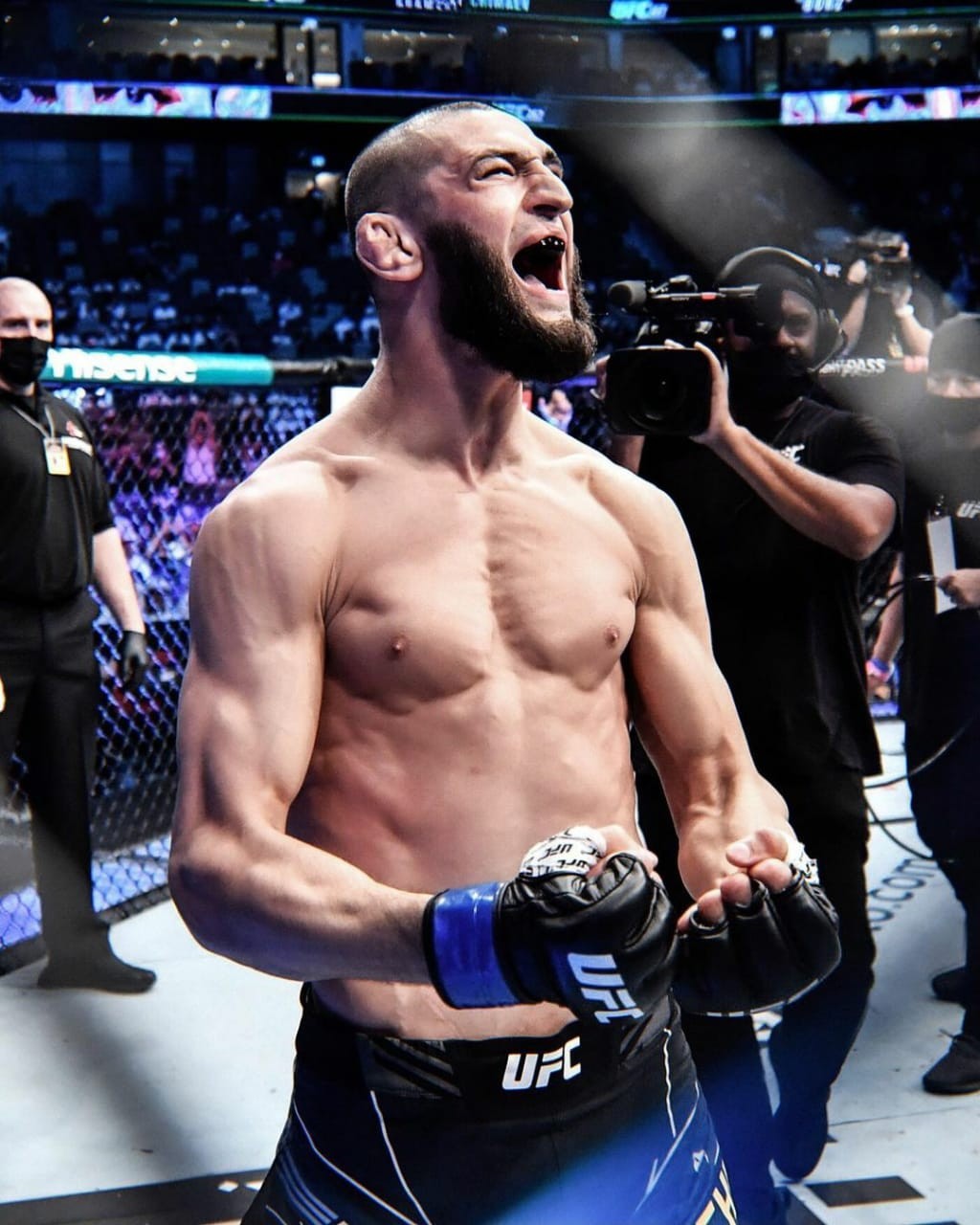 UFC 267 featured the much anticipated UFC return of the welterweight sensation, Khamzat Chimaev. After securing three finishes in his first three UFC fights, Khamzat Chimaev took a long time off due to some unfortunate medical setbacks.

Khamzat Chimaev was infected with COVID-19 and announced retirement from MMA not so long ago. However, after a grueling battle with COVID-19, Chimaev was back on Yas Island to do what he does best. That is compete inside the UFC octagon against the best fighters in the world.

Chimaev took on the most accomplished Chinese male MMA fighter in UFC, Li Jingliang. It was not an easy fight for Chimaev who was coming off a long layoff.

Li Jingliang was coming off a huge knockout victory over Santiago Ponzinibbio. And he was a huge threat to the Khamzat Chimaev hype train.

However, Li Jingliang was no match to Khamzat Chimaev‘s elite level of wrestling as the fight ended in the first round. Jingliang was able to land only one strike on Chimaev before he was taken down by Chimaev.

Li Jinglian showed solid wrestling defense and made Chimaev work to take his back and secure a rear-naked choke. However, it was only about time as Chimaev got Jingliang in the submission and finished the fight with seconds remaining in the first fight.

The crowd in Abu Dhabi went crazy after the phenomenal comeback of Khamzat Chimaev at UFC 267. He even called out the former UFC heavyweight champion, Brock Lesnar while celebrating his win over Li Jingliang.

When Daniel Cormier asked him who does he want to fight in his next fight, Chimaev simply said: “Everybody. Kill everybody. I am the Champion.”

It is needless to say that Chimaev is special. And he is the hottest star in the welterweight division right now. However, his path to the welterweight throne is not going to be easy when he takes on elite grapplers and wrestlers such as Colby Covington and Gilbert Burns.

And of course, he still needs to prove himself against the dominant welterweight champion, Kamaru Usman. However, it’s time to acknowledge the fact that Khamzat Chimaev is the real deal and he has put the entire division on notice with a statement win at UFC 267.