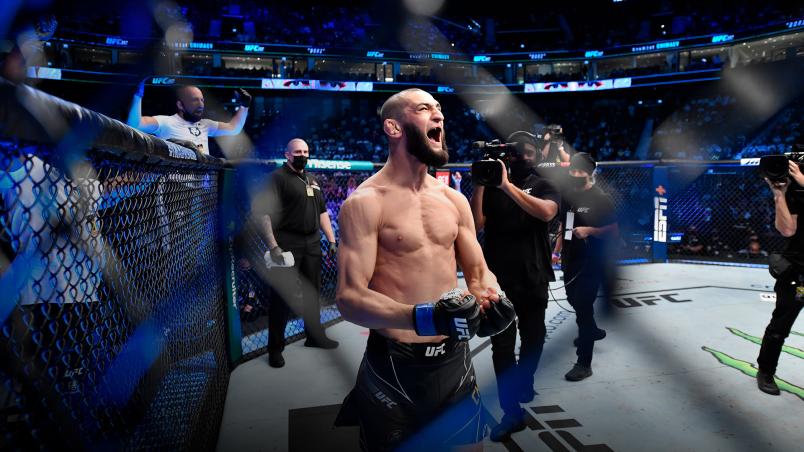 Khamzat Chimaev wants to 'smesh' everyone

Khamzat Chimaev is one of the most exciting fighters in the UFC at the moment. The freestyle wrestler is unbeaten as he displays a dominating performance in every single round. The “Borz” hasn’t seen the third round in the cage as he manages to submit or knock his opponents out within just two rounds.

However, his arrival at Phuket was announced by the tiger muay Thai team. he was joined by Petr Yan, the Russian fighter, who competes at Bantamweight in the UFC.

The latest video of his has surfaced on the internet where he is seen to be sparring with his training partner. Chimaev looks better than ever as he knocks his opponent out with a body shot. The video gets viral as he works on his muay Thai absolutely firing on the pads.

Khamzat is almost invincible when it comes to his ground game. Now as he works on his striking, he is looking to be one of the most all-around fighters in the division. 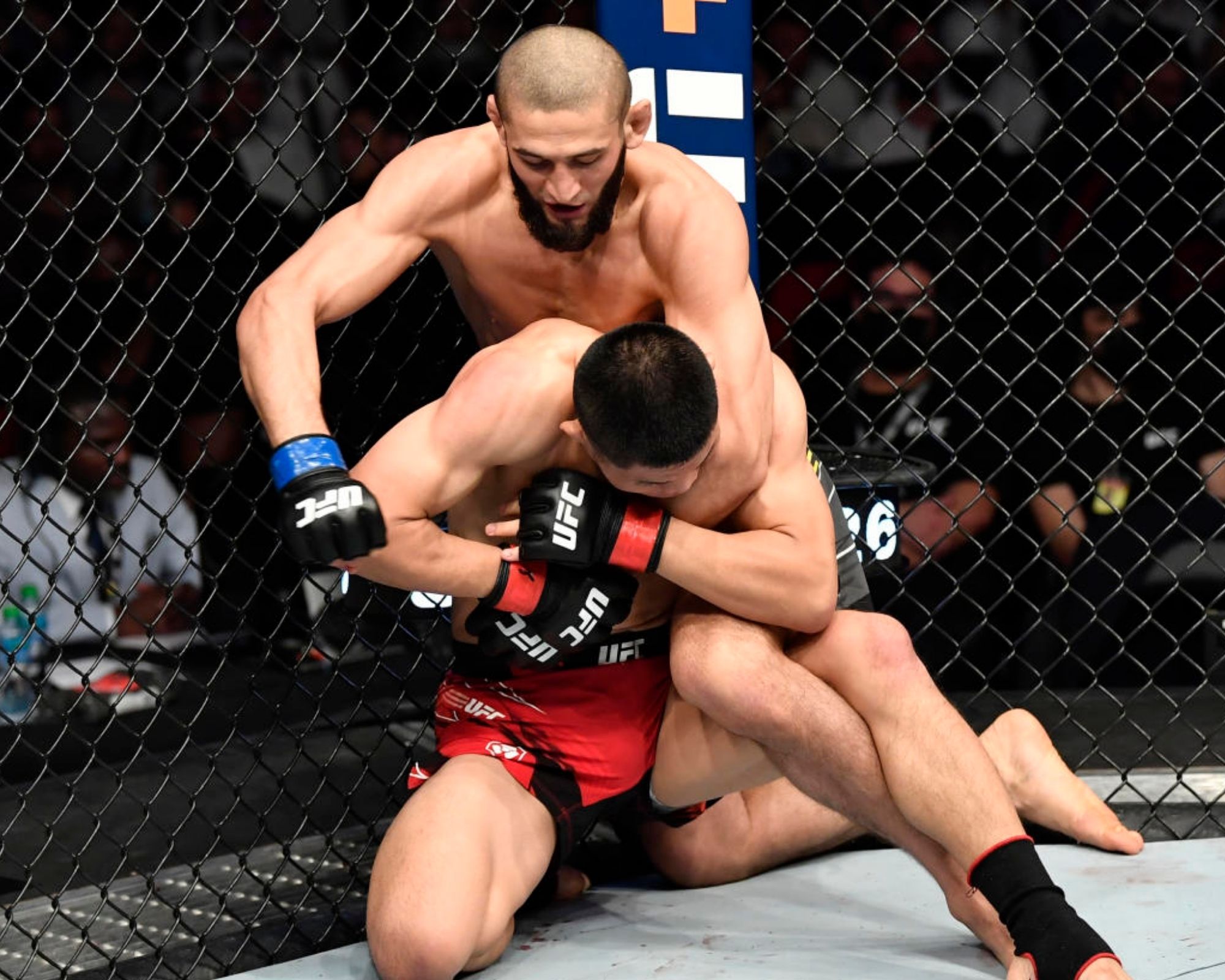 His last fight was in October 2021, where he fought Li Jingliang to submit him flawlessly with a rare naked choke. The “Borz” needed only three minutes of the very first round to take Jingliang down and submit him.

With Chimaev climbing up the rankings, he is definitely eyeing the welterweight belt. He recently released a video of his training in freezing conditions with the UFC fighter and Swedish national wrestling champ Reza Madadi. His Swedish all-star training partners were also present.

The video was uploaded on Chimaev’s channel as he is seen sweating it out, training hard. Madadi, who led the session describes the workout and says:

“Brother, we have five rounds to do. five [chin ups], ten military press. You need to feel like you are in the middle of the fight. Five times frog jump front, and five times back. Ten push-ups. Khamzat? Did you hear brother? Ten. From here, to the next tree they need to pummeling, pummeling, pushing you, pushing you. Then the round is over, you have done the first round. They need to do this five times. Then it’s done, it’s my turn. Reza boot camp.”

"I Knock Him Out Within Seven Rounds" : Ryan Garcia Makes A Bold Statement On A Potential Fight With George Kambosos