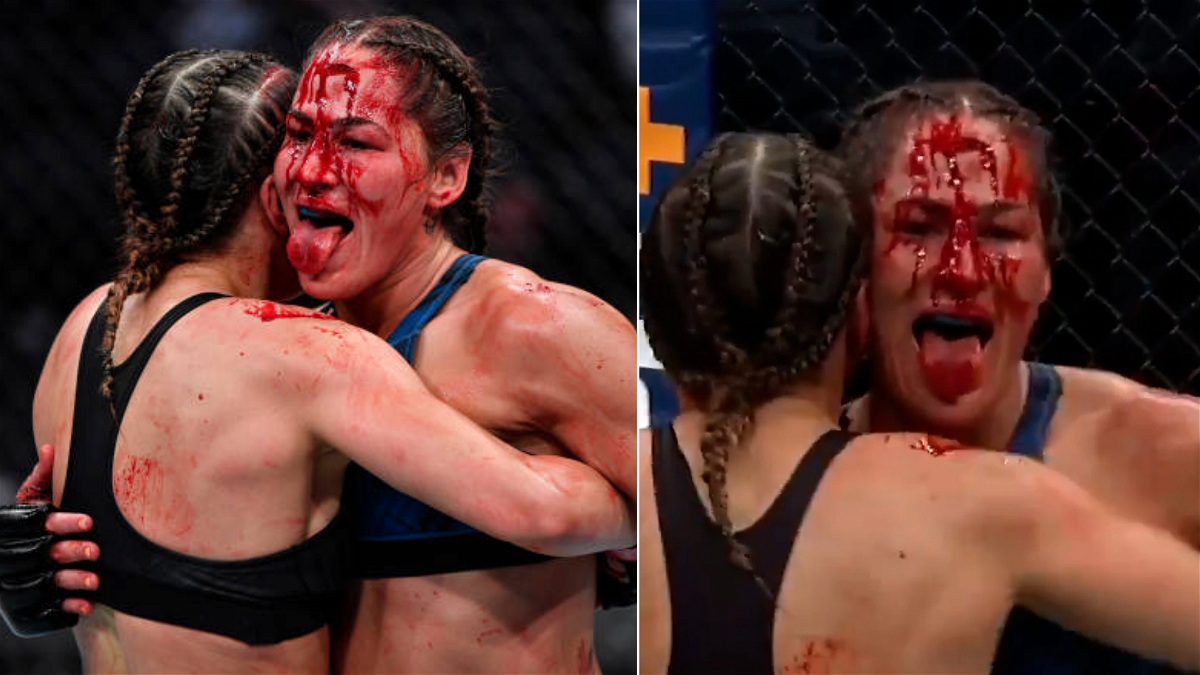 While Jessica Eye suffered a brutal KO defeat against Shevchenko, Jennifer Maia lost to the champion via decision. However, Maia won one round against Shevchenko, which is more than what other title contenders in the flyweight division have been able to do.

So there is a possibility that Jennifer Maia can get back to title contention with tonight’s win over Jessica Eye.

Jessica was moving forward for the majority of the fight looking to box Jennifer Maia. She did not use her leg kicks effectively for the majority part of the fight. Her accuracy was not impressive either and she took a lot of punches while covering the distance against Maia.

On the other hand, Jennifer Maia was the smarter fighter as she stayed out of the pocket. She covered the distance smartly and she was landing a lot.

In the second round Jennifer Maia opened up a nasty cut on the forehead of Jessica Eye and that must have had an impact on Eye’s performance in the third round.

Jessica Eye suffered a nasty cut in the middle of her forehead 😬 #UFC264 pic.twitter.com/mMULuT5RG9

Maia won the fight comfortably in the end by the decision even though it was a close fight as per the stats. Following her win, Jennifer Maia asked for a title rematch against Valentina Shevchenko. Maia said the fact that she went 5 rounds with Shevchenko should get her a title shot following the win over Jessica Eye.