WATCH: A Fired up Conor McGregor Shows Off His Slick Footwork Ahead of the Dustin Poirier Rematch 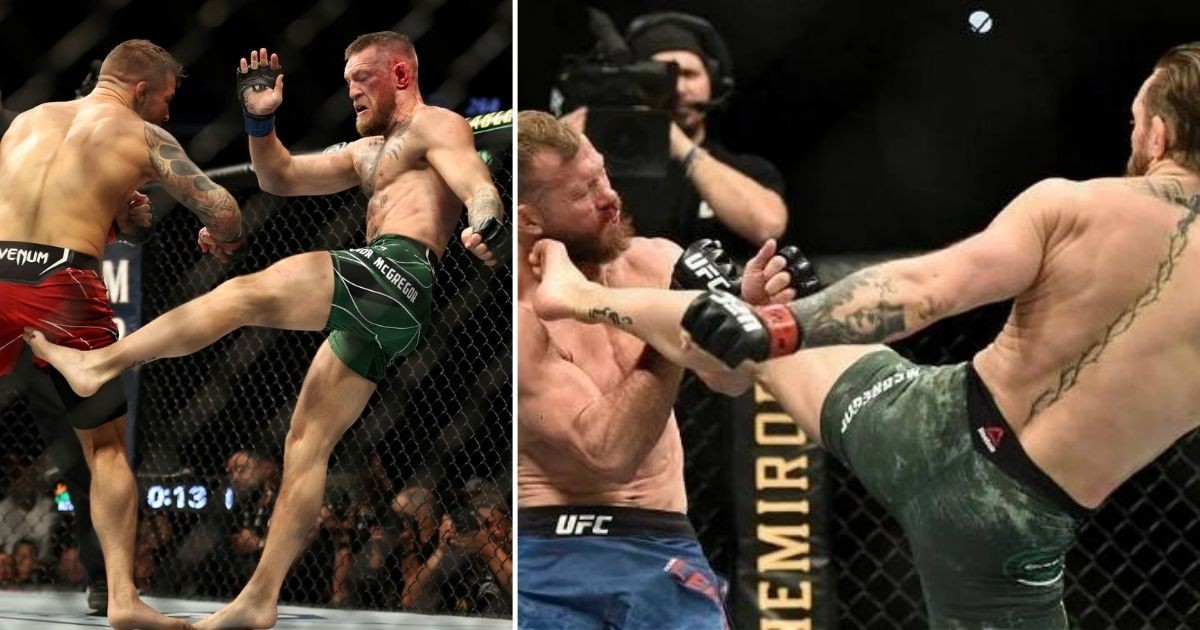 UFC 257 Embedded: Vlog Series- Episode 4 is out. It shows what the fighters have been up to during the fight week. While Michael Chandler has been shown doing some pad work, Dustin Poirier is aiming to cut the remaining weight. But one thing that was highlighted the most in the whole video was Conor McGregor doing a promotional photo shoot and getting into the fight mode.

During this event, the whole world is watching McGregor’s never seen before side. Though he is quite confident just like before, this new McGregor looks calm, composed, and mature more than ever. But, his technical finesse is still the same, even better.

During the photoshoot, photographers managed to capture The Notorious’ trademark southpaw stance in the cameras. The Irish tank was seen getting into his flight mode while showcasing his slick standup skills complemented with impressive footwork. It clearly showed his strong boxing fundamentals.

It’s been 6 years since these 2 lightweight stalwarts met. The first time, McGregor finished Poirier within 2 minutes. He couldn’t get to show the world the arsenal that he had against The Diamond. Even though he still predicted knocking Poirier out within 60 seconds, he hopes that the fight will go longer. In that way, he will get to show his caliber in front of the whole world.

Talking about the Louisiana native, he seems to be more than willing to take his revenge. He’s always been one of the hardest workers in the UFC. He still has this hunger within him that motivates him to avenge his loss to McGregor.

Regardless of who emerges as the ultimate victor of UFC 257, one thing is for sure- both of these men will go down as two of the greatest lightweights in the history of UFC.