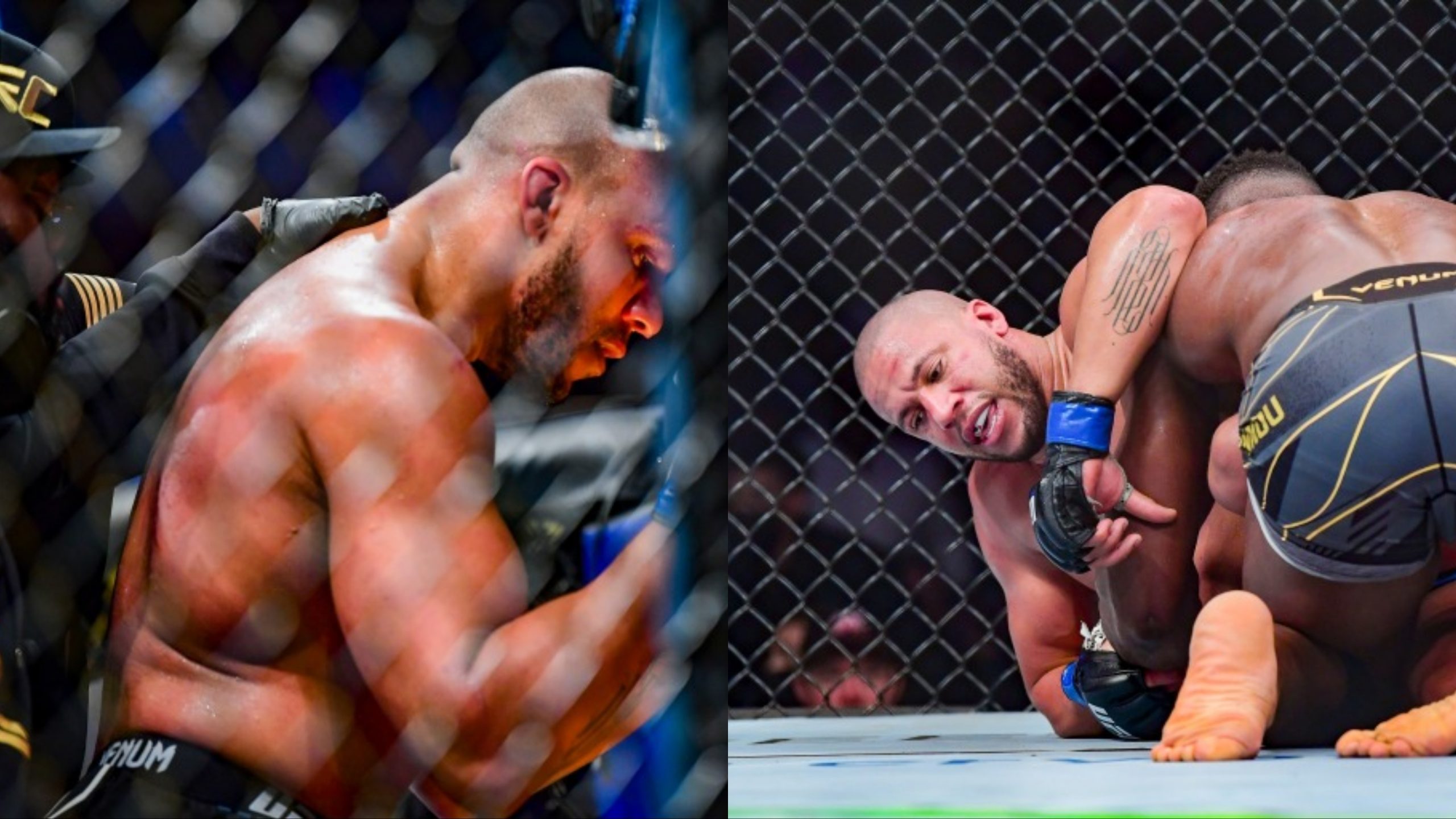 Ciryl Gane came up short against Francis Ngannou in the main event of UFC 270. The undisputed champion edged out a hard-fought victory over the interim champion. But the fight did not go as pundits thought it would go. Instead of a quick knockout, it was a chess match. And a bad move from Gane cost him the fight.

Ciryl Gane started the fight as expected. Although he tried to take down Ngannou in the opening seconds, he quickly switched to his usual style. Gane kept his distance and kept poking him with small shots. Every time Ngannou tried to close the distance, Ciryl trapped him in the cage and held him in a clinch.

The second round saw more of the same. Gane just kept bouncing around and throwing some kicks to Francis’ body and legs. Although there were brief moments of exchange between them, nothing of significance happened as both of them fought very cautiously.

However, the momentum of the bout changed in the third round when Ngannou secured a takedown via body slam. It made Gane wary for the takedown defence as this was the first time he got taken down in his career. After that, Francis took the French fighter to the ground on will.

Heading into the final fight, each fighter had won 2 rounds each. Hence the last round ultimately became the decider. Gane started the round extremely well and managed to take down the champ. At the time, it seemed as if the 31-year fighter will take the mount and hold Ngannou down to finish the fight on top.

Instead of playing it safe, Ciryl tried to finish the fight with a heel hook. But it ultimately turned out to be the worst possible move for Gane as Francis Ngannou got out of the hold and managed to get back on top. Ultimately, Ngannou closed out the last round with ground and pound and earned the first decision victory of his career.

What is next for Ciryl Gane after UFC 270?

Coming into this fight, Ciryl Gane had a perfect record of 10-0. After suffering the first loss of his career tonight, Ciryl Gane will look to make a strong comeback. In the post-fight interview, he apologized to the fans. He was seen crying after the fight.

“At first, Thank you very much to all the people behind me. Thank you very much. I’m so sorry for today. Congratulations to Francis, he did very well. I’m disappointed, I’m a little bit sad. But it’s a good experience and I think I’m just arriving at this game. The future is in front of me.”

As for his comeback fight, a match-up against former champion Stipe Miocic will be very intriguing. His lack of wrestling abilities cost him the fight today. Hence, a victory over a dominant wrestler such as Stipe Miocic will build up his confidence.