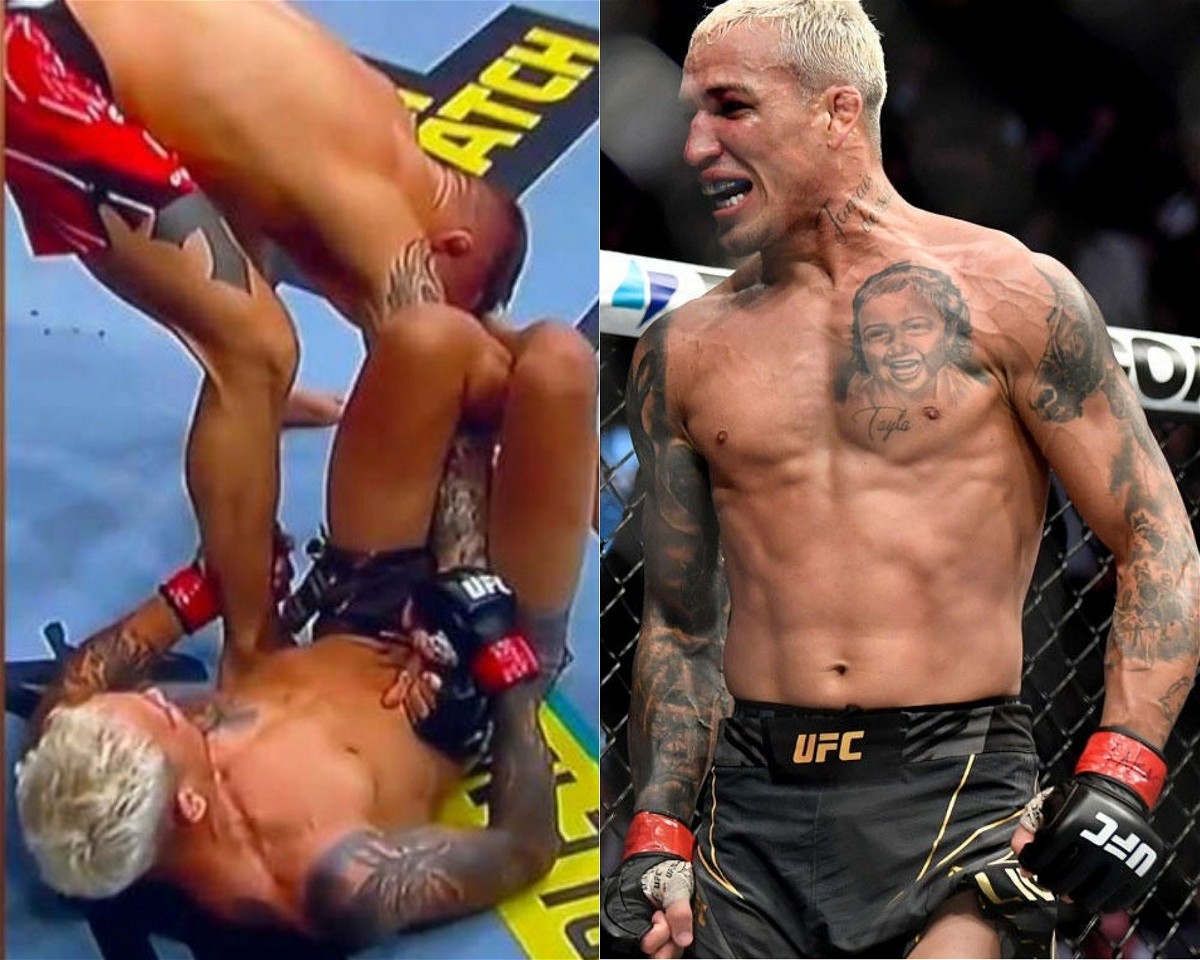 Charles Oliveira defended his lightweight title at UFC 269 by defeating The Diamond Dustin Poirier. He won the fight via a rear-naked choke in the third round.

However,  “Do Bronx” took plenty of damage in the first round before locking Dustin up with his ground attack to set up the finish.

With this victory, Oliveira certainly proved the people wrong who had doubts about him before coming to this fight. But, this victory wasn’t at all smooth for the champ. An incident happened in the cage which might raise questions about the authenticity of Oliveira’s win.

After surviving through a difficult round one, Oliveira took down Poirier in the second round. But, somehow Dustin got the top position and was going to strike Oliveira (who was still on the ground). Just then Charles caught Dustin’s right hand planning to give an armbar. However,  Poirier’s position wasn’t that bad as  Oliveira wasn’t able to lock his arm.

But, as pointed out by Joe Rogan in the commentary first it seemed as if Oliveira cuffed his fingers inside Dustin’s gloves. Thus, Poirier had to roll in order to get out of that position. This led to Oliveira achieving a better position on the ground. Even though the fight didn’t end there, it certainly did take a lot of energy off Dustin.

If detected, that could have resulted in the fight being temporarily stopped. Herb Dean, the referee wasn’t able to see that.

Dustin Poirier later reacted to the uncertainty of the incident. When asked about it he responded saying :

According to Dustin, he didn’t feel anything inside his gloves. This indicates that the images might have had parallax errors.