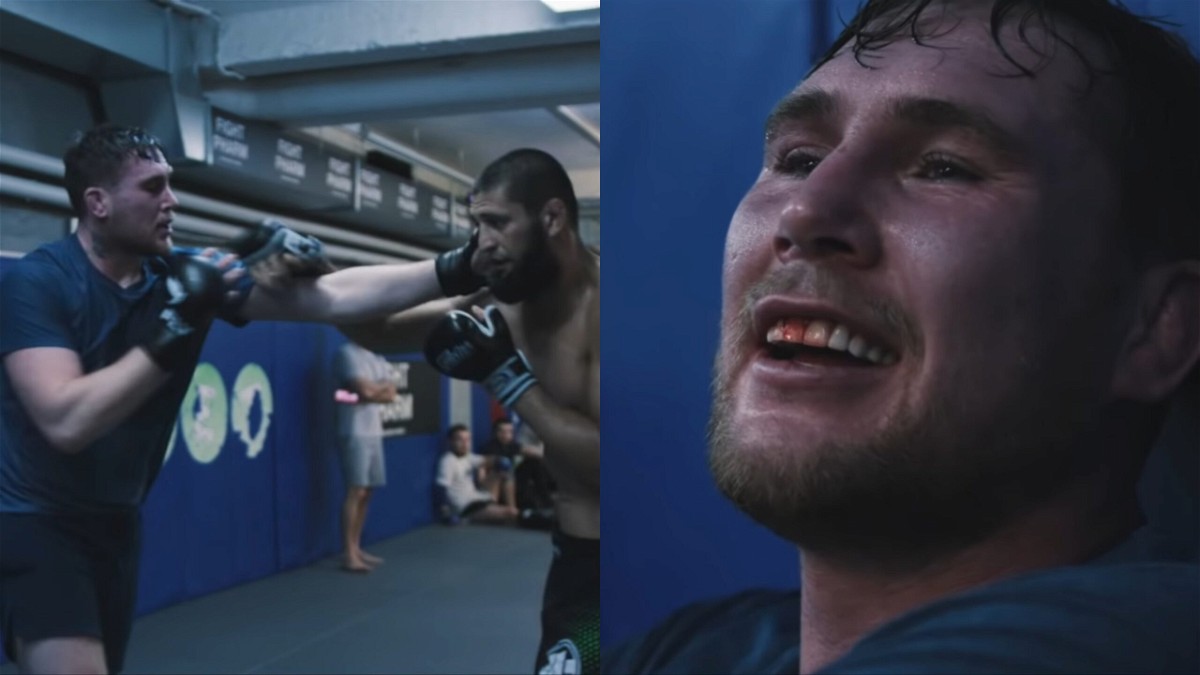 Darren Till and Khamzat Chimaev were seen training together recently. Both of them have grown quite fond of each other lately. However, that did not translate to the training grounds as Till was bloodied during a training camp he had in the Allstars facility in Sweden.

Allstars gym is the home to Khamzat Chimaev, Ilir Latifi and former UFC light-heavyweight title contender and current heavyweight Alexander Gustafsson. In the clip, Darren Till was seen sparring with both Gustafsson and Chimaev. However, this is an isolated training session and there is no word on Till leaving his current camp.

Darren Till practised a few wrestling moves. Chimaev attempted a rolling armbar on Till. During that exchange, the Liverpool native suffered a cut on his lip. He was seen with a blood-stained mouthpiece afterwards. However, there weren’t any hard feelings between the two.

What is next for Darren Till?

Darren Till burst on the scene with a couple of big wins over Donald ‘Cowboy’ Cerrone and Stephen ‘Wonderboy’ Thompson. However, he had struggled since. He has lost the last 4 of his 5 fights. Although all those losses came against the elite level of competition, it does not reflect well on his resume.

His last defeat came against Derek Brunson late last year. After that bout, Till disappeared from the limelight for a certain period of time. But now it seems that he is back in training and wants to improve his ground game. And there’s nobody better to guide him than Khamzat Chimaev.

The 28-year old Swid is perhaps the best grappler in the UFC right now. But that will come to test when he steps inside the Octagon to fight Gilbert Burns at UFC 274. His insights about wrestling and grappling, in general, will certainly help Till to improve his grappling immensely.

Although there aren’t any fights in development for Till, he will look to fight later this year. He is currently ranked 8th in the middleweight division. Due to him losing both of his last two fights, getting matched up with an opponent inside the top 5. Hence, Till will look to ease his way into the division once again. A fight against Jack Hermansson or someone in the top 15 seems most likely to be the 29-year old’s next opponent.