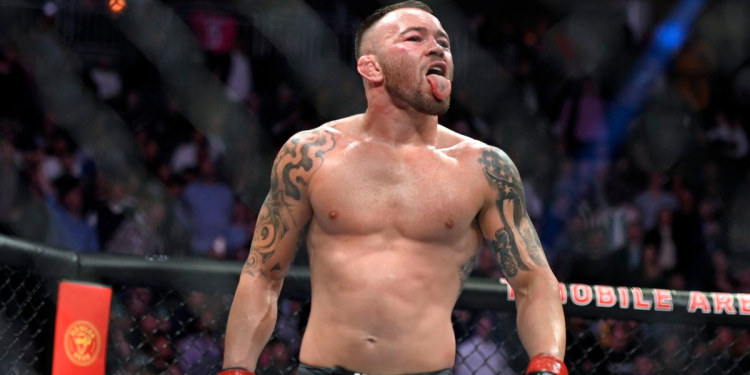 It won’t be wrong to say that it wasn’t surprising to see Colby Covington get a phone call from President Donald Trump after his emphatic win over former Champion Tyron Woodley. Covington shared a video with President Donald Trump during a rally, where Trump advocated for Covington’s victory in the main event of UFC Vegas 11 against Tyron Woodley. Earlier, Trump had shaken Colby’s hands and said, “I am gonna be watching Colby. I am a big fan of Colby. I think it’s going to be a great evening and a great fight. The winner is the Champ. But I have seen him too much and I think he is tough. Good luck Champ.”

And that’s what happened as Colby Covington put up an absolute clinic against the former Champion to pick a stoppage victory in the fifth round to seal the deal. Covington received the phone call from the President during the live interview and looked ecstatic.

“I am proud of you. I made a speech in front of thirty thousand people that I gotta go back and watch Colby Covington. I am proud of you, I am a big fan. You are tough and you have the right spirit.” Trump said after Covington racked up an impressive win over Tyron Woodley. Additionally, Colby Covington became the first fighter in the history of UFC to pick up a stoppage win against Woodley.

“I appreciated the shout-out today too. I am your fan, you’re my fan. We are two of a kind.” – Trump said about Covington. “We are rooting for you. Colby, keep it going. You looked great, you looked fantastic. Very proud of you, very proud of you, see you soon.”

Colby Covington has been seen numerous times with Donald Trump Jr. and has been vocal and open about his support for Trump in the upcoming Presidential election scheduled to be held in November this year. Be that as it may, with the victory, Colby Covington has not only announced his return to the octagon after losing to Kamaru Usman back at UFC 245, he has also made a case for himself for a rematch against Kamaru Usman.