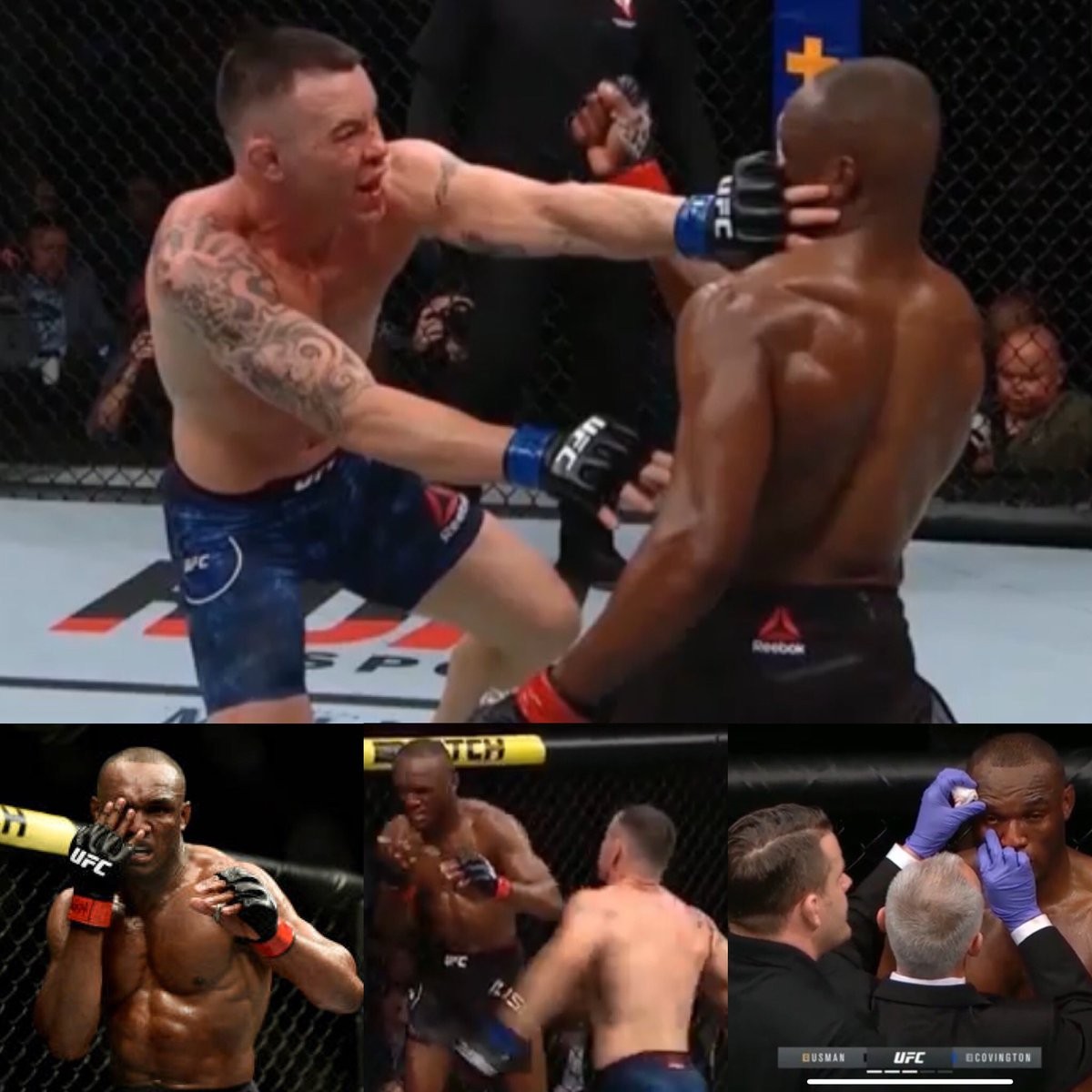 Kamaru Usman and Colby Covington are two of the best welterweight fighters present in UFC right now. Consequently, both the fighters had a stellar first fight in 2018 that involved several mind-blowing moments. But the Nigerian Nightmare won the first fight via TKO. However, now they are going to face off for the second time in a rematch in the main event of a stacked UFC 268 card.

As a result, fight fans are highly excited for this rematch as everyone is expecting a thrilling fight once again. But coming back to their first fight, there were various controversial moments. According to many people and the challenger Covington, Usman cheated several times during the match. Therefore let us take a look at every time Kamaru Usman cheated during his fight against Colby Covington.

Every Moment where Kamaru Usman cheated in the Colby Covington Fight

As mentioned above, there were multiple moments where Kamaru Usman allegedly cheated against Colby Covington during their fight in 2018. The first instance was during a sequence where Covington kicked him on his stomach in the second round. The Nigerian Nightmare walked off and acted as if it was a nutshot. 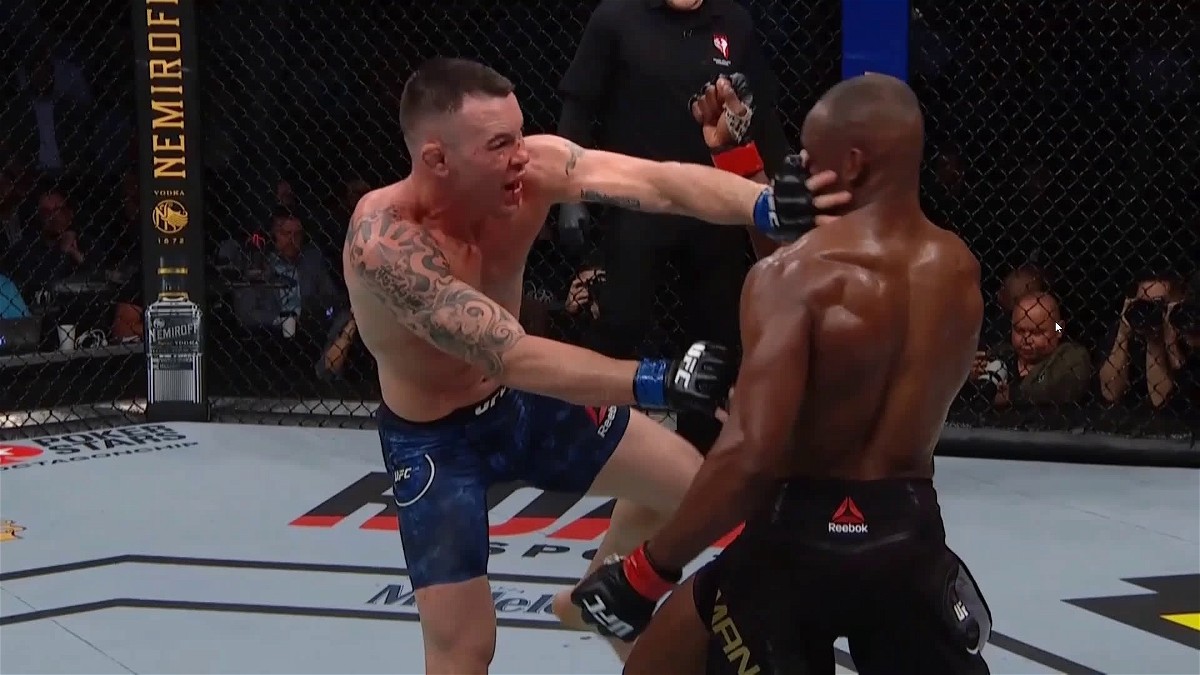 Surprisingly, the referee called a time out and told Kamaru to take as much time as he wanted to recover. Thereafter both the fighters landed some big shots in the third round and it looked like this contest could go anywhere. Consequently, in the final minute of the third round, Covington landed a combination of kicks and punches and stunned Kamaru.

It looked like Chaos would end the fight and become the new champion. However, Usman behaved as if it was an eye poke and the referee intervened and stopped the fight before Covington could land a significant blow. There is no doubt that Colby eypoked Kamaru Usman’s left eye but there was no malice behind it. 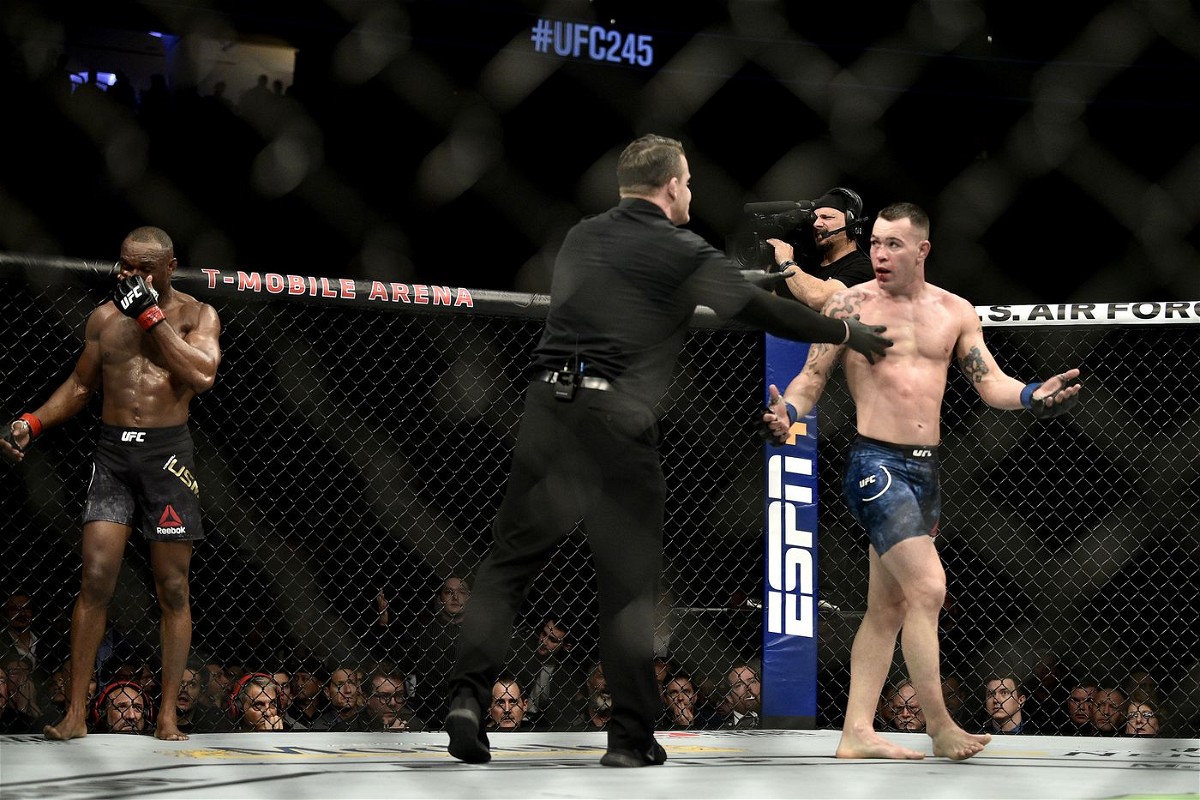 However, the interesting part was that the doctor checked Kamaru’s right eye. Meanwhile, Covington poked him in his left eye. As a result, The Nigerian Nightmare lied about the eye poke and got a minute to recover and continue fighting. On the other hand, the referee didn’t give Colby Covington a time out when Kamaru poked him in the eye during the final seconds of the third round.

Moving forward, several fans and analysts were critical about referee’s judging. To make matters worse, in the fifth round, Usman landed several shots to Covingon at the back of his head while he was on the ground. All these unfair calls possibly changed the outcome of the fight. Because Covington lost his momentum on several occasions. In the end, referee made some horrible mistakes as he failed to see through Kamaru’s lies.

Therefore fans would hope that the referee for the rematch between Kamaru Usman and Colby Covington manages to make correct decisions.