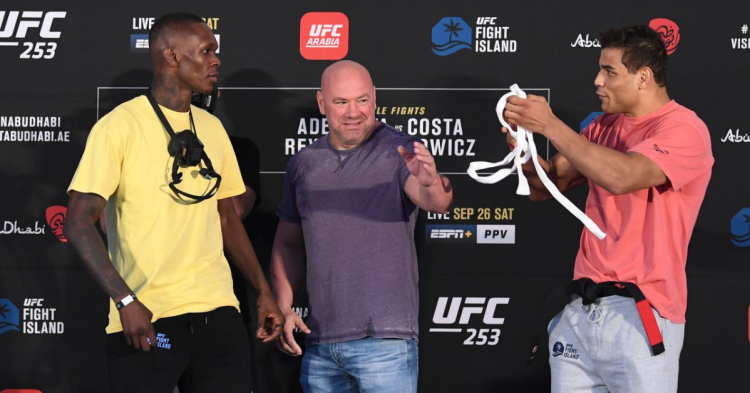 After an exciting press-conference ahead of UFC 253 main event between Israel Adesanya and Paulo Costa, the undefeated greats of the Middleweight division were part of a heated face-off ahead of the fight. Both the fighters made weight and looked in great shape on the weighing scale. However, things got ugly during the face-off.

Earlier in the press-conference, Paulo Costa made fun of Israel Adesanya’s ground game. After Adesanya warned Costa that he would grab his collar and put him in a bow and arrow, Costa replied, “You never put a gi on your skinny body,” Costa replied. “Talk about jiu-jitsu with me. You’re crazy.”

While it felt like there would be no other exchanges, things got heated during the face-off. Paulo Costa came to the face-off with his black belt in BJJ wrapped around his waist, as he threw a white belt at Adesanya. The Middleweight Champion did not like the move from Costa, and rightfully so as he hurled it back at Costa, eventually hitting Dana White on his hand.

In a video posted on Twitter, Israel Adesanya captioned the video, My parents taught me to return a gift if I don’t like it. They also taught me how to whoop ass with a belt. Imma whoop him again!!”

🎁
My parents taught me to return a gift if I don’t like it.
They also taught me how to whoop ass with a belt 😂#UFC253 Imma whoop him again!!#gotoyourroom #stepdadwiththatbelt #mysharinganaintevenactivated pic.twitter.com/wAeyFl1t9i

Israel Adesanya has often been criticized for his relatively weaker ground game, with his performance against Marvin Vettori during his early days seen as a testament to his only weakness inside the octagon. With Henry Cejudo joining Paulo Costa during his training camp, there’s a reason to believe that Costa could look to mix his game against Adesanya come fight of the night. 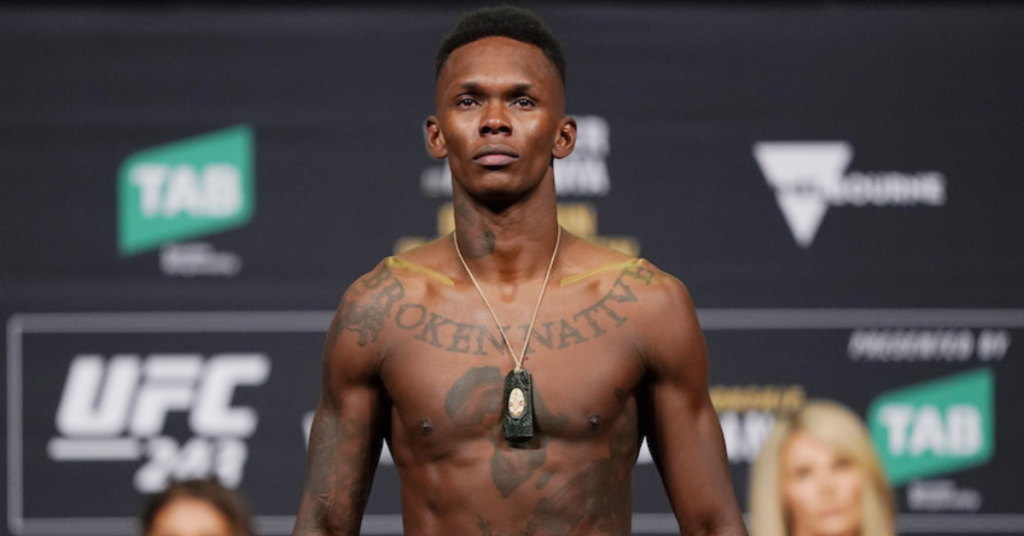 After a lackluster performance against Yoel Romero at UFC 248, Israel Adesanya will look to bring all the criticism to an end with win over Paulo Costa at UFC 253. In his second title defense, Adesanya will take on an undefeated Paulo Costa, who is coming off a spectacular win against Yoel Romero at UFC 241. With notable victories over Uriah Hall and Johnny Hendricks, Paulo Costa will look to cement his own legacy at the Middleweight division with huge win over undefeated Israel Adesanya come UFC 253.