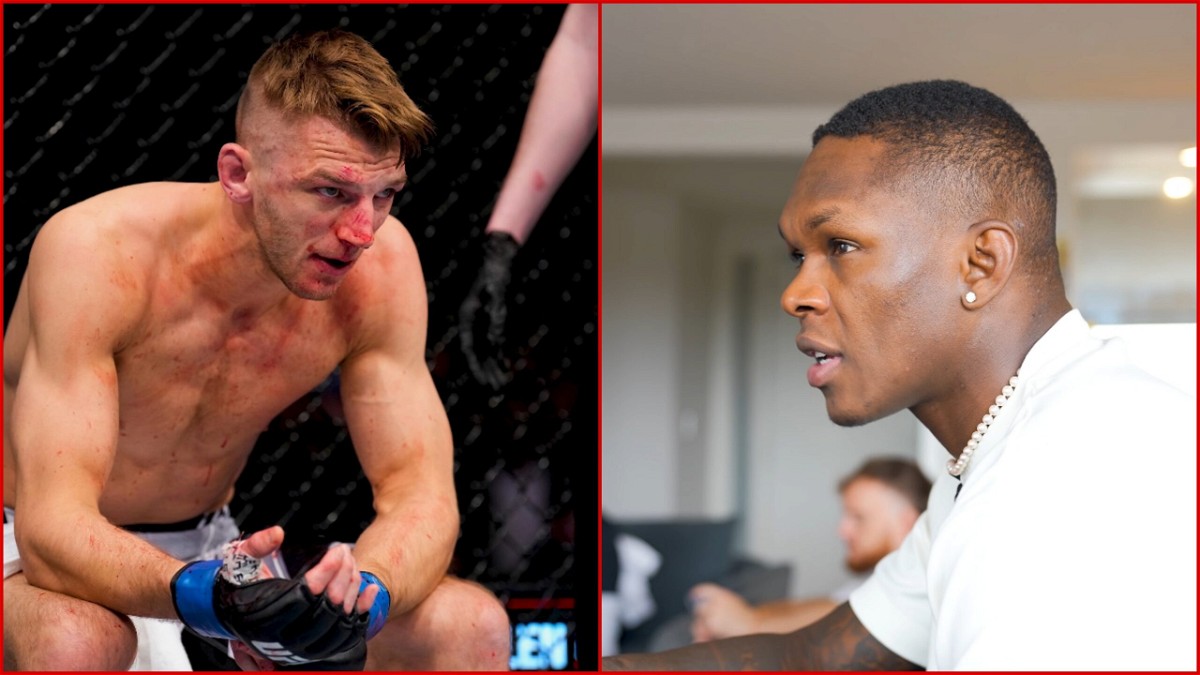 Dan Hooker suffered his second first-round loss in a row this past Saturday at UFC Fight Night London. He was outstruck by Arnold Allen at the event in a firefight that lasted 2 minutes and 33 seconds. UFC middleweight champion and Hooker’s teammate Israel Adesanya shared his thoughts on the result after the fight.

The Kiwi fighter moved down to 145 lbs for the event after a tough time at lightweight. His last fight in that division came against Islam Makhachev. The Khabib Nurmagomedov protégé dominated the contest submitted Hooker at 2:25 of the first round.

The decision of moving back down to featherweight after leaving the division in 2016 came in order to revitalize his career. The 32-year old has only two wins out of his last 5 lightweight fights. Hence a move to his former division seemed like a good opportunity to have a fresh start.

A devastated Dan Hooker leaves the octagon with a towel over his head after dropping his featherweight return. #UFCLondon pic.twitter.com/L4JEQcp1wG

However, Saturday’s performance was not particularly inspiring. Dan Hooker seemed slow in his movement. Although he dropped Allen during a wild exchange, Dan never seemed in control of the fight once Allen let his hands go. However, Adesanya still has faith in his teammate.

Israel Adesanya often does watch-along videos for the big UFC Fight cards on his YouTube channel, ‘FREESTYLEBENDER‘. During such a video for the most recent event, Adesanya was seen reacting to Dan Hooker’s fight.

Although he was excited and optimistic about the fight, it faded pretty soon after Arnold Allen cornered Izzy’s teammate with vicious strikes. Adesanya was visibly annoyed at the referee for the stoppage too. He later added,

“I still think (it was an early stoppage). I don’t know, I mean it’s hard for me to say. But I feel like, I’ve seen later stoppages and I know Dan. But still, I wasn’t in there blah blah blah,”

Israel Adesanya is currently on a collision course against Jared Cannonier after UFC 271. Although there isn’t any official news about the timeline and confirmation regarding the bout at this moment. However, in the press conference after Adesanya’s last fight, Dana White seemingly confirmed that Cannonier is indeed next in line for the ‘Stylebender.’