Israel Adesanya and Paulo Costa at UFC 253 both the fighters showed up in an interview on Sportscenter. While the aim was to promote the much-anticipated middleweight title fight at UFC 253, Adesanya and Costa threw nasty jabs at each other.

It was Adesanya who was coming up with lethal verbal strikes, insulting Costa. However, Costa fought the equalizer by flaunting his ripped physique in front of Adesanya, something the champ is not fond of. And the fans were able to witness the hilarious moment where Adesanya tried to shrug off Costa’s attempt to piss him off.

Israel Adesanya vs Paulo Costa, Fight of the Year?

Well, these two can talk all they want, but both of them are aware of the task ahead of him. Israel Adesanya and Paulo Costa are two of the best fighters in UFC at the moment. Both of them are unbeaten. It’s for the prestigious UFC middleweight title. The stakes can not be higher when Paulo Costa gets into the octagon to take on the Last StyleBender.

Israel Adesanya is arguably the most elite striker in UFC at the moment. On the other hand, Paulo Costa is just an unstoppable juggernaut. Paulo Costa’s scary pace and high volume in the early rounds can be big trouble for Adesanya,

But, Israel Adesanya might hurt Costa early on with vicious counters. It’s a fight where anything can happen. Though Adesanya will be the favorite going into the fight it would be foolish to overlook Costa. Even the UFC president, Dana White has announced this fight as the Fight of the Year. Talking about Adesanya vs Costa, Dana White said:

“I don’t know what you guys think, but I predict that’s ‘Fight of the Year,’” White told reporters, including MMA Junkie, after UFC 252 on Saturday. “I think stylistically, it’s the perfect fight. If you look at the way Costa fights, he puts pressure on you, he stays in your face the whole time. Adesanya likes to stay on the outside and pick you apart. I think that fight is going to be an absolute war. Just stylistically, it matches up really, really well, and both guys are animals. Both guys want this fight really bad, and I think it’s going to be ‘Fight of the Year.’” 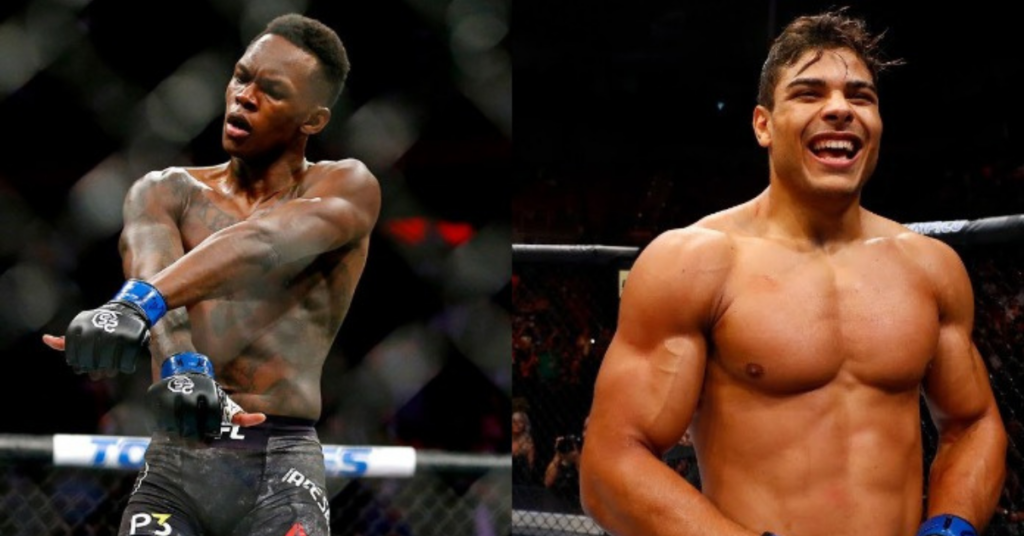 Who do you think will get his hands raised at UFC 253? Israel Adesanya or Paulo Costa?