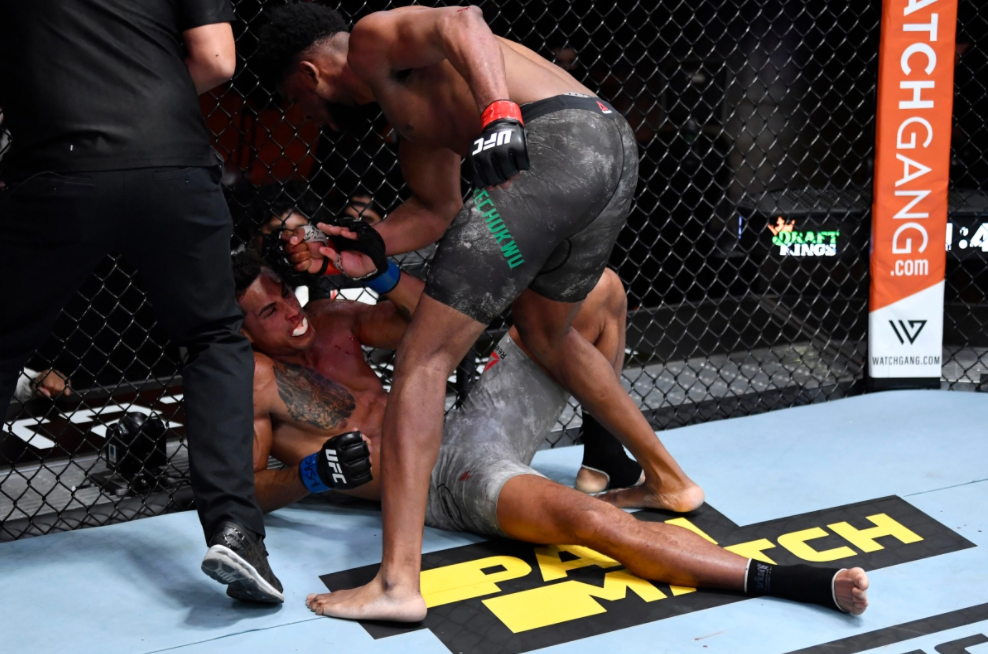 UFC 259 features a champion vs champion bout between Israel Adesanya and Jan Blachowicz, a bantamweight title fight between Petr Yan and Aljamain Sterling, and Amanda Nunes vs Megan Anderson for the featherweight title.

Israel Adesanya has been leading the City KickBoxing gym in the world of MMA by dominating the UFC middleweight division. However, he is not the only one who has created an impact from City Kickboxing.

UFC flyweight, Kai Kara France is one of the most experienced fighters in the division and he has secured an insane KO win in the prelims of UFC 259.

Kai Kara France was coming off a submission loss to Brandon Royval in UFC 253. Though he has some big wins in the division his losses to top contenders such as Brandon Moreno and Brandon Royval did halt his journey to the top of the division. However, his win over Rogerio Bontorin will surely give him the momentum that he needed.

After getting outclassed on the ground in the first round, Kai Kara France finished the fight with 5 seconds remaining on the clock. He landed a couple of big overhand right including a huge uppercut to secure a walk of KO in the biggest PPV of this year so far.

Teammate of Israel Adesanya gets KOed

Though Kai Kara France secured an impressive win at UFC 259, the team of Israel Adesanya did suffer a devastating loss at UC 259. UFC light heavyweight debutant, Carlos Ulberg got KOed by Kennedy Nzechukwu in the early prelims of UFC 259.

Kiwi Carlos Ulberg has just been KO'd in a fight of the night contender! #UFC259 pic.twitter.com/xevsnBHfxQ

Carlos Ulberg put on an impressive performance in his UFC debut and showcased some high-level striking. However, the prediction from Israel Adesanya was wrong on this occasion as Kennedy Nzechukwu KOed Ulberg with a huge right hand in the 3:19 mins of round 2.

The City Kick Boxing stands 1-1 on the card so far with Israel Adesanya yet to fight in the main event later tonight. It’s needless to say that the pressure on Israel Adesanya must be tremendous. But, one thing The Last Stylebender does the best is rise to the occasion. So Can he do it against the UFC light heavyweight champion at UFC 259?

UFC Fighters Who are Married to Each Other