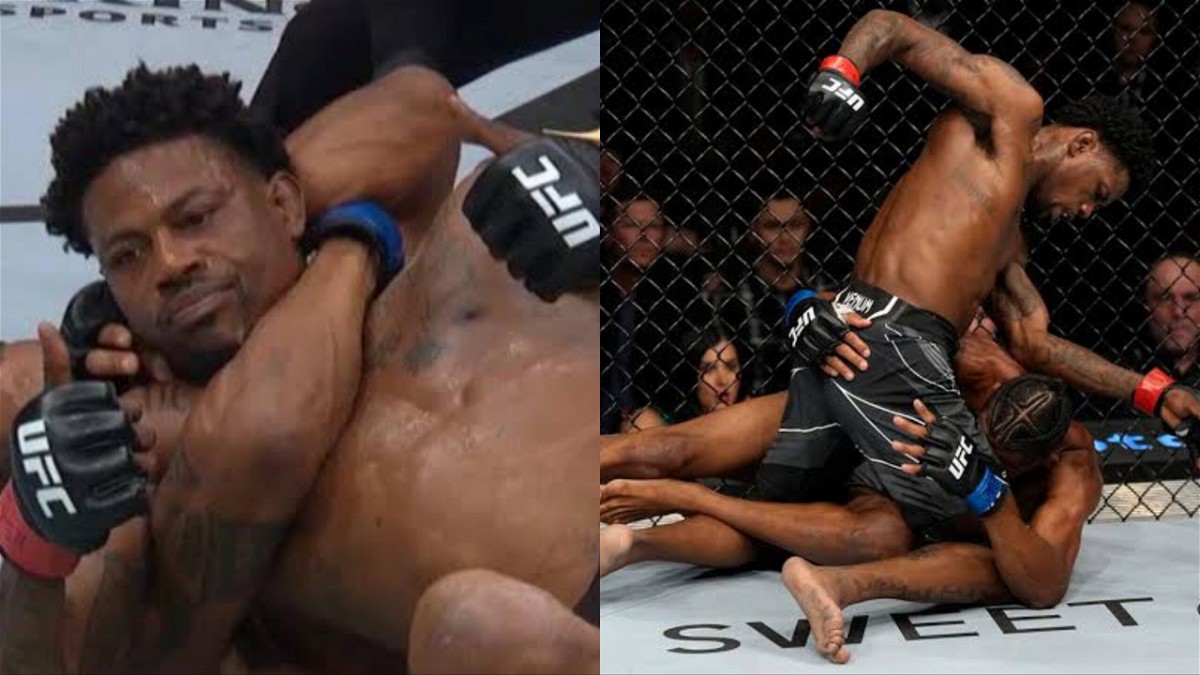 It does not matter what he does, Kevin Holland just can not help being entertaining! Holland made his UFC welterweight debut at UFC 272 and it was everything that fans expect from the notorious ‘Big Mouth.’ He defeated Alex Oliveira via TKO in his 170lbs debut.

Before this fight, he went 3 fights back to back without a win. Hence, Kevin needed to emerge victorious against Alex Oliveira in tonight’s event and he did just that. However, it was not how he would have liked the fight to go.

From the offset, it was a wild encounter. The Brazilian Cowboy seemed ready for Holland’s chaotic style. He landed a couple of very well-timed counter punches. Kevin did land a few decent leg kicks but it eventually led to a takedown for Oliveira.

However, Holland did not panic on the ground unlike some of his last fights. He remained calm as both fighters scrambled a lot during the grappling exchanges. With just a few seconds left, Cowboy did manage to take the back of the 29-year old.

However, there was no time for Oliveira to turn it into anything meaningful. Holland put his thumbs up during that exchange to let everyone know that he was not in any kind of danger.

After managing to survive the first round, Holland needed to establish control of the fight in the second. But instead of conserving his actions, Holland doubled down on his offence. He landed a perfect shot that pierced through Oliveira’s defence and dropped him.

That was the beginning of the end for the 34-year old as Kevin jumped on the opportunity and did not let Alex recover. Although the latter tried to scramble out of the position, some vicious elbow from Holland put him out for good. The American finally got the job done at 0:38 seconds of the second round. With this victory, Kevin Holland finally gets back in the winning column.