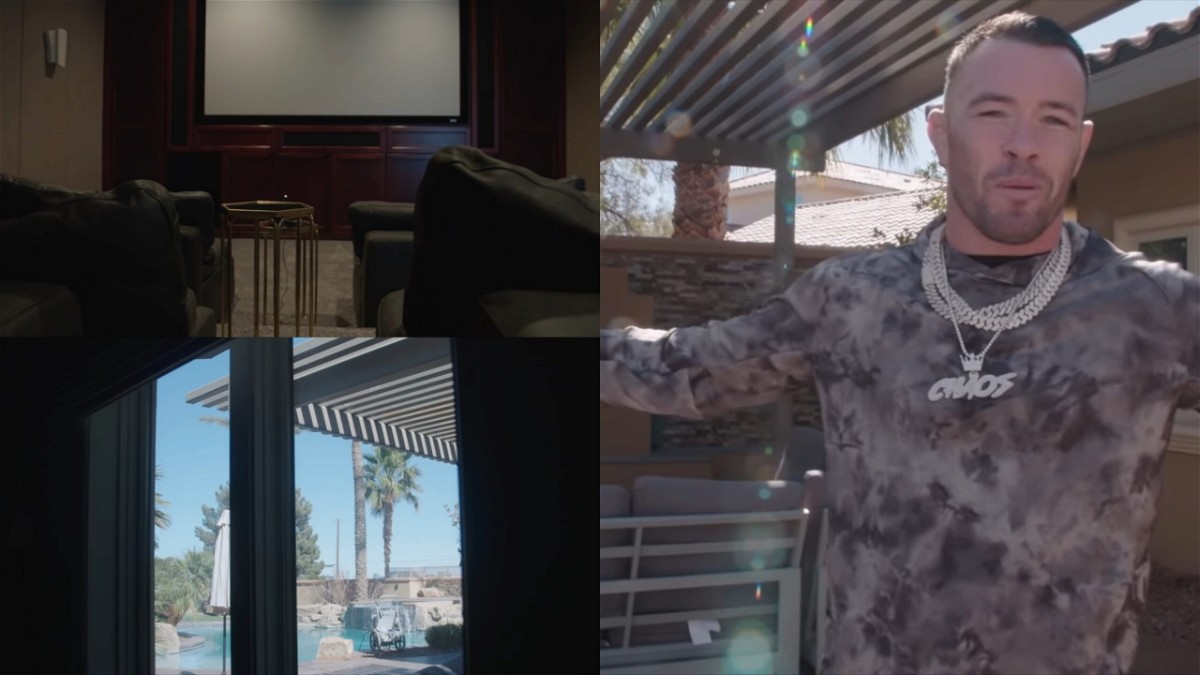 Colby Covington gives fans a tour of his Las Vegas residence ahead of his fight against Jorge Masvidal this weekend.

It is very common for fighters to rent out an entire property ahead of their big fights. It helps them stay together with all of their coaches and family members. The properties are usually very luxurious in native and Colby Covington’s place for the week isn’t much different either.

He has rented a mansion in Vegas for this fight camp. In the 2nd episode of the UFC Embedded Vlog Series for UFC 272, Covington showed off the beautiful place to the audience. Not only did he give the fans a tour of the property, but Covington also revealed a special suit he has for the fight week.

“Hey, what’s up all of you nerds and virgins? What’s up UFC embedded? Please come into my house for the week. We got the game room. We got the pool table. I know my coaches, we got in from Florida last night. They played right away. They were betting some money, it was getting heated.”

Colby Covington has a very special suit for UFC 272

The rivalry between Colby Covington and Jorge Masvidal has become a part of their legacy. Hence, the fight will be a huge milestone in both of their respective careers. Ahead of such a massive event, Colby also gave the fans a sneak peek into the suit he’s going to wear this week.

“You know this is gonna p*ss Jorge off! Every time I go around Miami, people think I’m the modern-day Scarface. I’m the king of Miami. So there is a suit. Here’s my flag I’m gonna walk out with on Saturday night. This is some real stuff, all the Miami Beach Police Department officers signed the Flag for me. I gotta give a big thank you to the Miami Beach Police.”

Covington also showed off the massive movie room on the property. He spoke about the master bedroom, the heated pool, the bathroom and the big closet. All in all, he seemed very happy with the place he has for his stay this week.

UFC 272 will be the third Pay Per View from the company this year. The main event on March 6 seems locked and ready to be filled with fireworks. It also has a new co-main event. After Rafael Fiziev tested positive for COVID-19, Renato Moicano will replace him for a catchweight (160lbs) fight against Rafael Dos Anjos.