WATCH: Michael Bisping Shows How to Survive a Deadly “Crucifix”

Former UFC middleweight champion, Michael Bisping shared his thoughts on the main event of UFC 252 in a recent IG post. Michael Bisping congratulated Daniel Cormier for an amazing career in the sport of MMA.

That was not all as Michael Bisping went on to showcase how one can survive the vicious “crucifix” position.

UFC 252 featured a featherweight bout between Herbert Burns and Daniel Pineda. Herbert Burns is a decorated grappler and has been destroying his opponents ever since his UFC debut. However, Burns found himself on the receiving end when he took on Daniel Pineda on the main card of UFC 252. 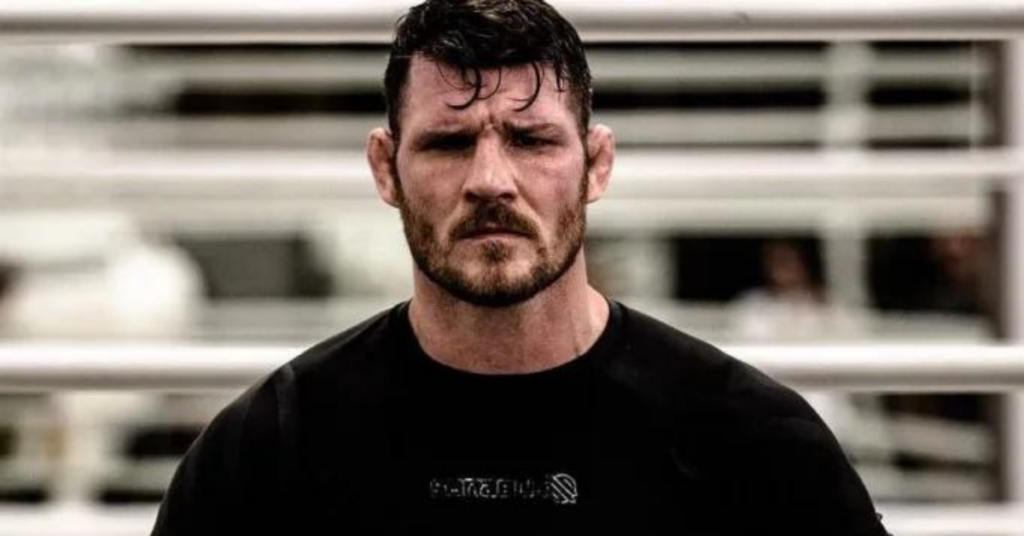 Daniel Pineda dominated Herbert Burns and ended the fight with vicious ground and pound. But, the finishing sequence caught the attention of the MA fans including Michael Bisping.

Daniel Pineda got Herbert Burns in a deadly position called “Crucifix”, where both the arms of a fighter is trapped while another fighter is on the top of him. This position allows the fighter on top to land elbow strikes and there is not much that the trapped opponent can do about this position.

It would take an insane amount of hip strength and explosiveness to get out of this position without high-level techniques. We have seen Ben Askren using the same crucifix to finish his opponents. We have also seen Daniel Cormier finishing Volkan Oezedmir in a similar position.

Michael Bisping took it to social media to educate the young fighters on how to survive this position. Bisping suggested trapping the anchor leg of the opponent and getting the top position with a hip thrust. While it looks impossible to escape from the position Michael Bisping made it look easy in the below post.

UFC 252 saw some big upsets and the loss of Herbert Burns was one of them. Daniel Pineda easily dismantled Burns to pick up a TKO victory.