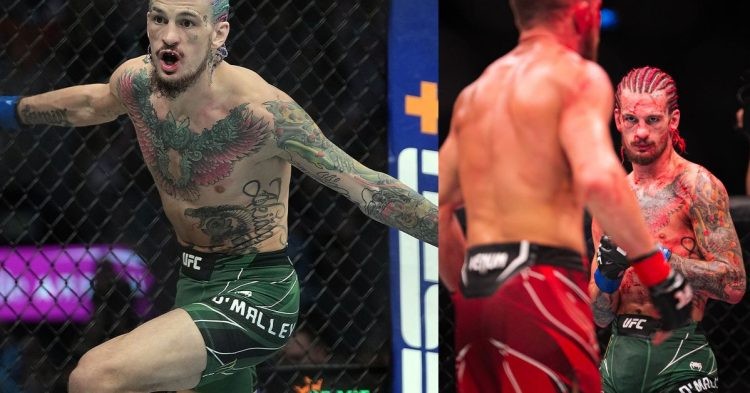 Sean O’Malley faced the toughest challenge of his career in Petr Yan at UFC 280. ‘Sugar’ entered the fight being the betting underdog against an elite fighter of the division.

However, after three rounds of war, the fight went to the judges, where O’Malley was declared the winner. The result of this fight was quite controversial as it seemed that Yan was working more in the fight.

The former bantamweight champion was successful in his takedowns, and grappling and also looked like he was out striking O’Malley on his feet. O’Malley also had some moments in this fight, when he landed some big shots which stunned Yan but the Russian showing how tough he is came back with his counters.

From the first round, O’Malley utilized his long reach and kept Yan at range while blasting with some significant strikes. Both of the fighters were very active throughout the fight. The second round saw some big moments when both fighters had their ways to drop each other and send the crowd on their feet.

However, Yan dominated the majority of the round with his ground game. O’Malley landed a sharp knee in the third round that cut open Yan, however, the Russian continued going forward with his tight guard and fast counters. A battle like this often ends with someone winning by stoppage, but this bout went the distance.

Sean O’Malley won the biggest fight of his career when he beat Petr Yan. He certainly proved the doubters wrong, as some people doubted O’Malley’s ability to keep up with Yan.

Fight fans attending the PPV had quite a night as they saw one of the electrifying battles of two strikers in the main card. Some fans were not happy as boos were followed soon after the official decision was announced.

Please tell me how O’Malley won that. I am a fan of both men but that was @PetrYanUFC fight! #UFC280Live pic.twitter.com/UIjDaRfk3C

The result of this fight was so shocking that even O’Malley couldn’t believe that he won. In the post-fight interview O’Malley said:

“Fighting is the craziest fucking sport in the world. I had to go somewhere I’d never been before. You know that’s what happens when you fight the number one guy in the world.”

With this victory, O’Malley has proven his worth to be in the top contender’s list and will possibly get a title shot next against the bantamweight champion, Aljamin Sterling.