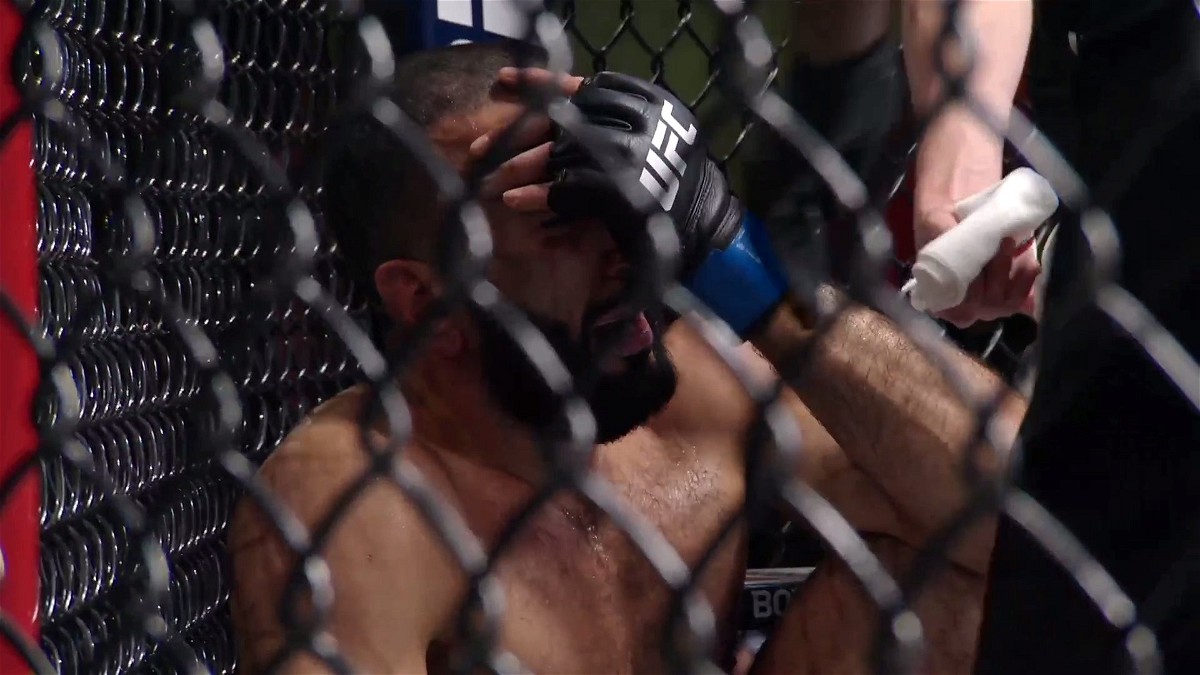 UFC Vegas 21 ends in a heartbreaking fashion as the main event between Leon Edwards and Belal Muhammad ends in a no contest.

After a year and a half lay off, UFC ranked no 3. welterweight, Leon Edwarda made his octagon return to take on the up-and-coming star of the division, Belal Muhammad.

The fight was a much-anticipated one as it would have given us the next challenger for Kamaru Usman’s welterweight title. Had Leon Edwards won the fight he would have fought for the title next. Unfortunately, the fight ended in a no contest as Belal Muhammad was unable to continue after an unintentional eye poke from Leon Edwards.

"I'd rather a loss than that. I'm just heartbroken. I don't know what to say."@Leon_edwardsmma described his emotions after the unfortunate ending to his fight with Belal Muhammad at #UFCVegas21 pic.twitter.com/o3BoNSqQU0

Muhammad was screaming in agony as the ringside doctor came to check his eyes. After an examination, the doctor decided to call the fight off and the fight ended in a no contest. There were some concerns for Belal’s long-term health as his eyes swelled up immediately after the poke and started bleeding.

The eye poke was not intentional since Edwards was going for a left jab followed by a body kicks. Unfortunately, the fingers of Edwards were not closed and Muhmmad suffered the consequences.

It was the first main event of Belal Muhammad’s UFC career and the first fight for Leon Edwards after September 2019. Unfortunately, both the fighters lost a huge opportunity tonight.

What happens to Leon Edwards next?

Edwards is in a tricky position at the moment. It’s very unlikely that UFC will book a title fight for Edwards after tonight’s fight. He will have to secure a win in order to get the title shot. Now, if Muhammad can recover from the eye injury then UFC might rebook his fight as that is the fairest thing to do.

Leon Edwards vs. Belal Muhammad is declared a No Contest.#UFCVegas21 pic.twitter.com/YkKdaidixP

UFC can even go with different options for Leon Edwards such as Jorge Masvidal, Stephen Thompson, or even Gilbert Burns who is eager to make a comeback.

As far as Belal is concerned, we really hope that the eye injury is not too severe and he can recover quickly. He took the fight on short notice after Khamzat Chmaev pulled out of the fight and it’s only fair that he gets rewarded for that with a fight against a top-ranked welterweight once he makes his return.