The 34-year-old UFC Welterweight champion Kamaru Usman returned to Nigeria after a long time. As a result, a huge crowd assembled at the Lagos food bank in Nigeria for The Nigerian Nightmare. ESPN MMA shared a post on their page showing the interaction of the Welterweight Champion with his young fans.

Many kids had gathered to witness the presence of the UFC Welterweight champion. Fans were shouting the praises of The Nigerian Nightmare by chanting ‘Kamaru’. A fan-led these chants by asking the crowd “What’s his name” to which the crowd chanted ‘Kamaru’repeatedly. The champion was indeed relishing and admiring the support of the fans.

The Welterweight Champion also made a beautiful gesture as he delivered meals to the crowd and also helped the people who were in need. MMA Junkie posted a video of Kamaru Usman delivering meals to people on Twitter.

UFC champ @USMAN84kg is back in Nigeria for the first time since he was 7 years old. 🇳🇬

However, this is not the first time that the fans in Nigeria have rallied behind their countrymen. Similarly, when The Last Stylebender last visited his hometown, the crowd present there showed a great reception to the Middleweight Champion. Therefore the Nigerian fans have always shown love to their fighters.

Who is the next challenger for Kamaru Usman? 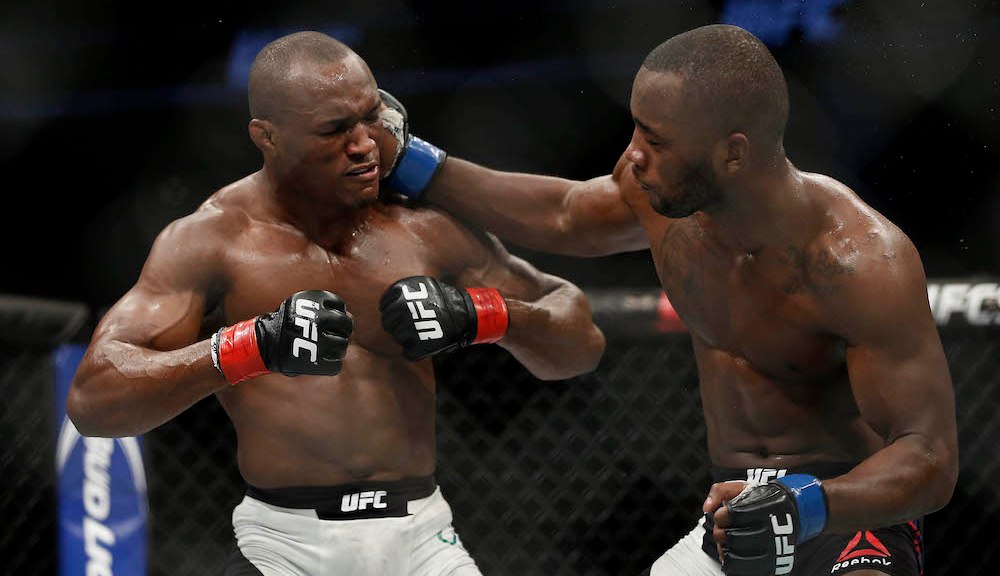 Dana White had confirmed in several interviews that Kamaru Usman will defend his Welterweight Championship against Colby Covington. After UFC 263, the UFC president also revealed in the post-fight press conference that Leon Edwards would face the winner of Kamaru Usman and Colby Covington.

However, The Nigerian Nightmare’s manager went on Twitter and made a revelation that Leon Edwards will get the opportunity for the belt first.

Usman VS leon edwards Forget about the other

You right but usman is the king and he get to choose who he kill next https://t.co/ZaZAPP9Zwz

Usman has always been critical of the fact that the challenger needs to prove himself to get an opportunity for the title shot. But Colby Covington has only fought twice in two years after losing against the Nigerian. As a result, the Welterweight champion has no interest to give him a rematch.

However, the fans want to see the rematch between Kamaru Usman and Colby Covington because their first faceoff was the most difficult challenge The Nigerian Nightmare has ever faced. In the end, we will have to wait for Dana White to confirm whether this statement from Usman’s manager Ali Abdelaziz is true or whether Colby Covington will indeed face the Welterweight champion.