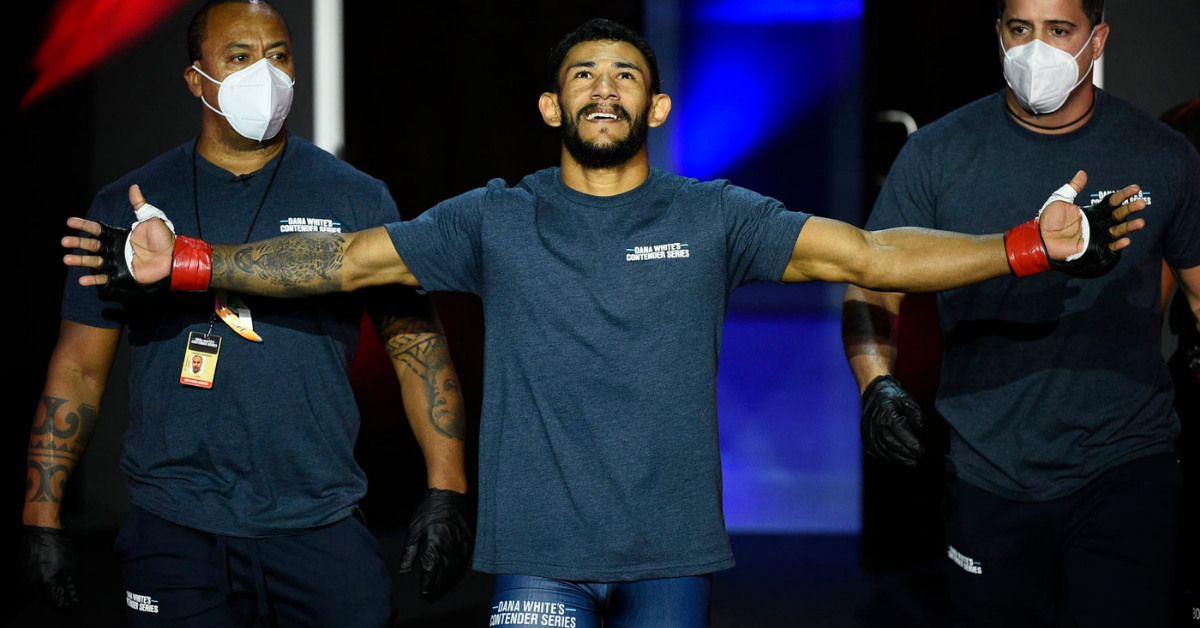 It has become relatively common to see fighters execute some parlor moves before and after the fight. Many fighters make their entrances with impeccable parkour moves involving backflips, and handstands. Yoel Romero did a handstand during the press-conference in the lead up to his fight against Israel Adesanya for the UFC Middleweight Championship. Justin Gaethje always executed a backflip from the top of the cage after each of his fights. There have been times when Gaethje has failed, only to successfully execute it in the second attempt. Jorge Masvidal has had incredible post-match celebrations.

Recently, at Dana White’s contender series, a fighter nearly missed out on a brutal injury after he failed to execute a proper summersault during his entrance inside the octagon.

On the commentator’s table, former Bantamweight champion Dominick Cruz remarked, “just wasting energy” after the fighter tried to execute a successful summersault inside the octagon. Rafael Alves failed in his first attempt and it appeared as if he injured his leg during the landing. It was evident from the reaction of the commentators, however, Alves did not suffer an injury. He went back and executed the summersault again. Alves won the fight via submission and picked up his UFC contract at Dana White’s contender series.

UFC fighters have gone through many injuries due to celebration gone wrong or not landing perfectly on their feet after a flip. Johnny Walker landed sore on his feet and injured himself during the post-fight celebration. However, it’s hard to ignore the effect it makes on the audience watching the fight. It adds drama and makes the fight exciting, and the fighter more likable. Derrick Lewis as entertained fight fans around the world for several years with his scary post-fight celebrations.

Dana White’s Contender Series has been going alongside the regular Fight Night and UFC PPV events. White has been rewarding enough to hand several contracts this series which will most likely form the future of UFC.