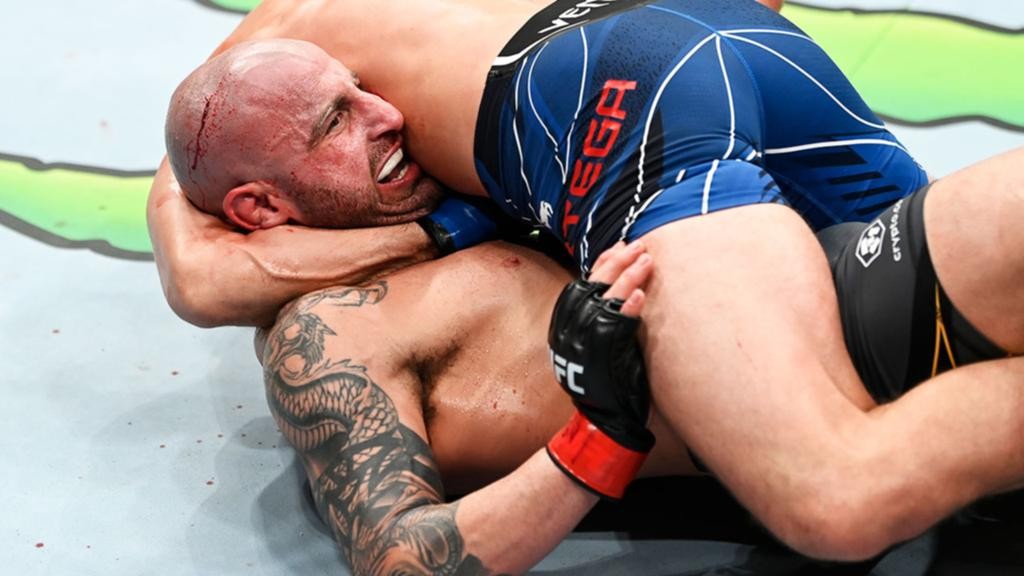 The main event of UFC 266 between Alexander Volkanovski and Brian Ortega was an absolute belter of a fight. Both the fighters displayed a warlike performance and had fans in the arena on their feet. However, after the end of five rounds, the referee declared Volkanovski as the winner via unanimous decision.

This victory was The Great’s third title defense and subsequently, the featherweight champion is now on a ten-fight winning streak in UFC. Speaking about the fight, Alexander Volkanovski dominated most of the rounds and out-landed T-City in terms of strikes by a significant margin.  However, the champion also faced severe adversity during the fight as he was knocked down by Ortega in one of the rounds during the fight.

In addition to that, there were two to three instances where it looked like Brian Ortega would win this fight as he locked him in a guillotine after knocking down. Later in the same round, he also tried to strangle him in a triangle choke.

However, Volkanovski showed his class as he escaped from those submission attempts from Ortega and landed several ground and pound strikes on him throughout the fight. Thereafter he busted open Brian Ortega’s eyes and had him in all sorts of trouble. Nonetheless, the number one contender showed great heart and determination to survive the entire fight.

In the end, both fighters delivered a legendary fight to fans around the world. Therefore this five-round thriller will certainly go into the history books as one of the greatest fights in featherweight history.

Fans, analysts and fighters across the globe were astounded after seeing a five-round nail-biter contest between Alexander Volkanovski and Brian Ortega. As a result, they went on Twitter to share their thoughts about this main event clash.

Therefore let’s take a look at some of the tweets made by UFC fighters and analysts. 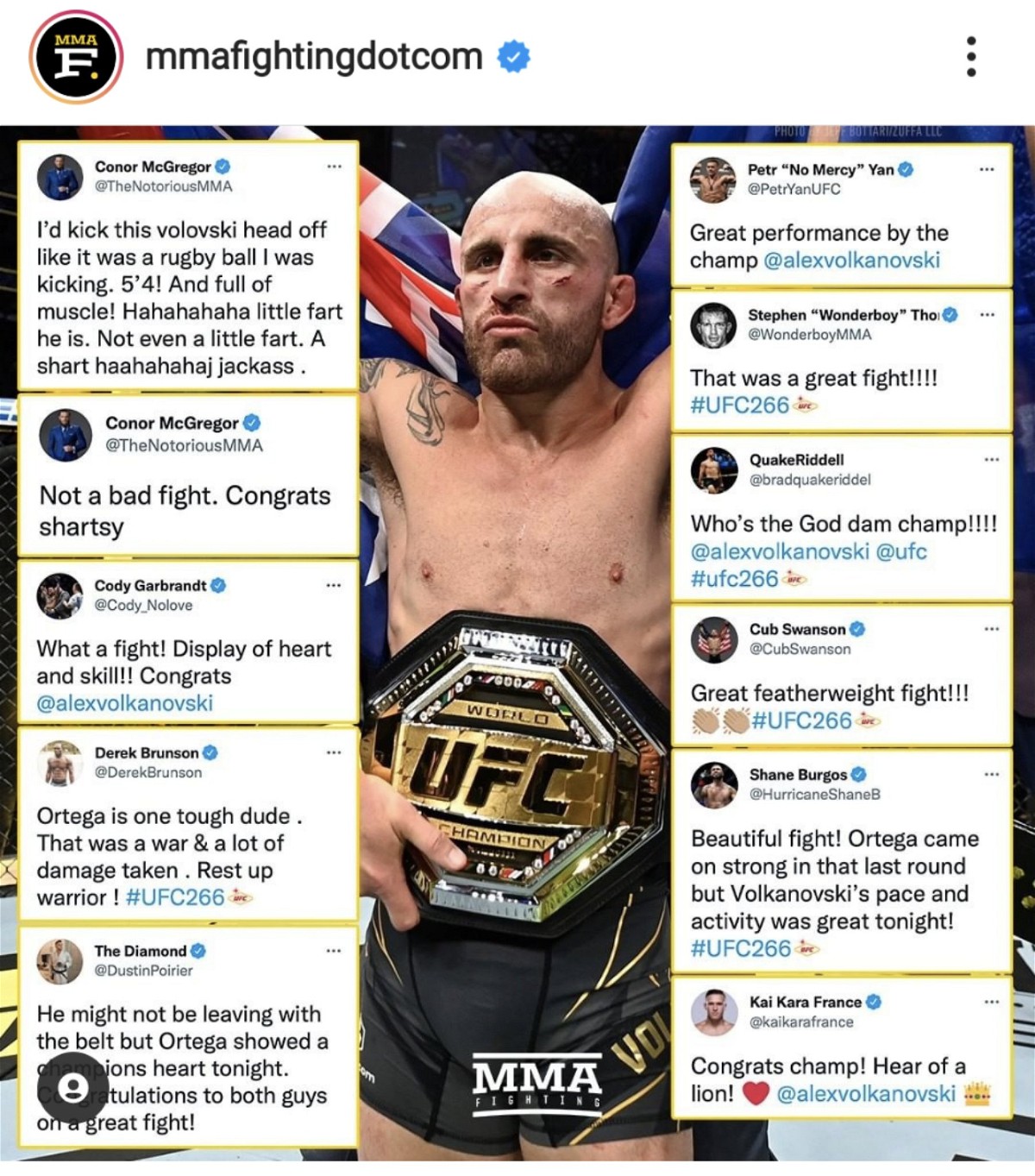 Can we put some respect on the name of Alexander Volkanovski now, please?

This guy is one of the best fighters we’ve ever seen. And I mean ever. Gone toe-to-toe with some of the best and beaten them all. #UFC266

What Went Wrong For Nick Diaz on His UFC Return Against Robbie Lawler?