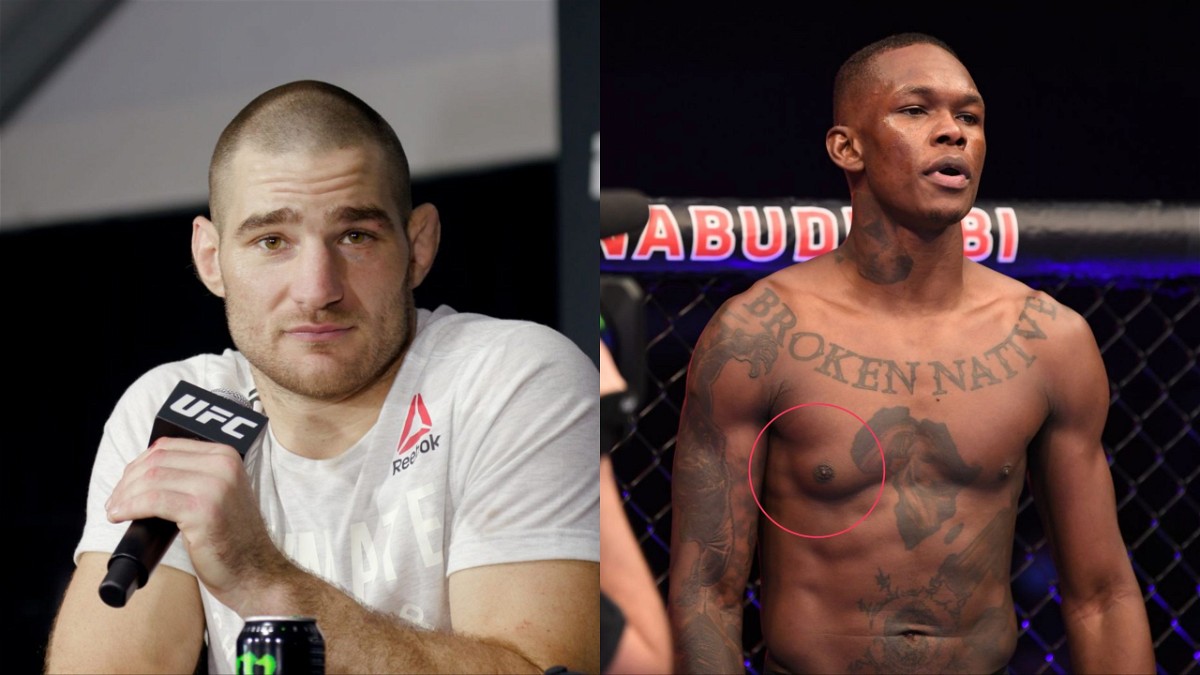 Israel Adesanya will once again find himself face to face against Robert Whittaker in the main event of UFC 271. Adesanya fought Whittaker at UFC 243 as the challenger and knocked him out brutally in that contest. However, a long time has passed since the first bout and interest for the second fight is at its peak. But according to a fellow middleweight Sean Strickland, the champ will have an unfair advantage due to his ‘steroid background.’

During an interview with Helen Yee, Sean Strickland repeatedly accused the reigning champ of using performance-enhancing drugs. He referred to Israel Adesanya’s issue with Gynecomastia before the Paulo Costa fight at UFC 253. Gynecomastia is usually common in steroid users.

Accusing the champion, Sean added, “I mean Israel is just a crafty motherf***er…. we all know he does steroids. That probably helps with his performance. We’ve all seen him fight with the ti**y that hung down. Have you ever seen a man fight in the UFC with gyno (Gynecomastia)…. from weed? I mean look at Nate Diaz. If that was the case, Nate Diaz would have had t*ts down to his knees.”

However, he did go on to give his prediction for the fight. Strickland said, “Anyways, back to him and Whittaker. Izzy (Israel Adesanya) is a great striker. He comes from a steroid background of Kick-boxing. I think he’s gonna starch, Whittaker. Cause he’s a great fighter and that’s the fight that I want.”

Robert Whittaker was thoroughly dominated in his last outing against Israel Adesanya. The Nigerian fighter had an answer for all his moves. Whittaker tried to stand in the pocket and trade blows with Izzy. However, Adesanya is too clever of a fighter to throw caution to the wind and brawl. He picked his shots and out ‘Bobby Knuckles’ (Robert Whittaker) to capture the 185lbs title.

However, Robert Whittaker has made a lot of improvements since the first fight. He is currently on a 3 fight win streak. Perhaps the most impressive one among those came against Darren Till. The Aussie was knocked down in the very first round of the fight. But just when it seemed as if Till was about to hand the former champ his second loss in a row, Whittaker turned it around. He implemented his wrestling and took till down.

If Robert wants to win the second fight against Izzy in 2 weeks’ time, he has to secure a takedown right away. As evident by Adesanya’s fight against Blachowicz, his ground game is clearly not as polished as his striking. Hence, wrestling will be the key to victory for Robert Whittaker.