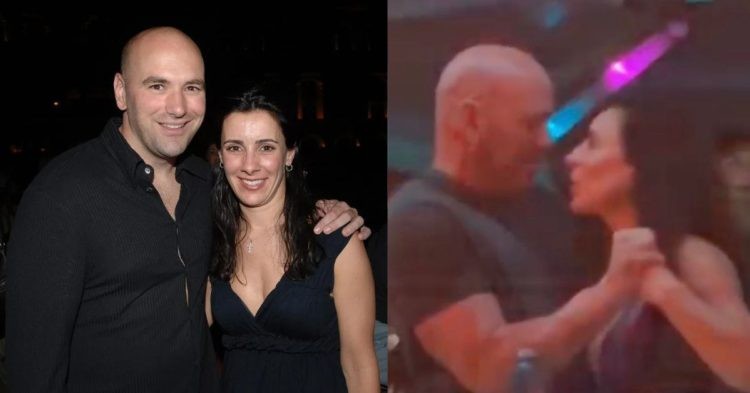 In a moment of madness, Dana White and his wife, Anne White have taken the MMA world by storm. Currently, on vacation in Cabo, the pair were seen getting into a physical altercation on New Year’s Eve.

Since then, Dana and Anne have both issued statements, coming clean in an interview with TMZ. Speaking about how the situation ended, Dana recalls, “That was the beginning of it and the end of it. We’re still on vacation. Her and I have known each other since we were 12 years old, and we’ve been married for almost 30 years. We’re obviously best friends, she’s my wife and we had too much to drink and whatever happened that night happened but that was it and it’s done.”

Dana White confirmed that he and his wife have since apologized to each other. They have also addressed their children, who he added, are their primary concern following the incident. White reiterates that the clash was purely alcohol-fueled and that he does not remember too much about the lead-up to the confrontation.

Subsequently, Dana’s wife, Anne has also issued a statement on the matter. “Dana and I have been married for almost 30 years,” Anne states. “To say this is out of character for him is an understatement – nothing like this has ever happened before. Unfortunately, we were both drinking too much on New Year’s Eve and things got out of control, on both sides. We’ve talked this through as a family and apologized to each other. I just hope people will respect our privacy for the sake of our kids.”

Anne Stella White clarified that the events that transpired were due to alcohol. She also added physical confrontation between the pair is not a regular occurrence.

What do we know about Dana White and Anne White’s marriage?

The UFC head honcho met his wife Anne White when they were in eighth grade. They decided to tie the knot in 1996 and have been married for 26 years now. Together they have two sons, Dana III and Aidan, and one daughter, Savannah.

Whilst on the outside looking in, their family seems very happy and picture-perfect, the couple has had to endure some difficult situations as well.

The most notable situation has to be the time Dana White’s mother released an unauthorized biography about the UFC President. June White stated that her son “puts Tiger Woods to shame.” She said he cheated on Anne with two different ring girls and even accused him of sleeping with his own sister-in-law.

Although Dana and his wife have remained tight-lipped about the exposé, it is sure to have caused a lot of tension between them. Now, with the slapping incident taking place in front of the whole world, one can only wonder how things in the White household truly are.

Do you think that Dana White will be able to shake this off anytime soon? Leave us your thoughts in the comments below.