“We Plan to Win” – Conor McGregor Ahead of Marathon Endurance Race 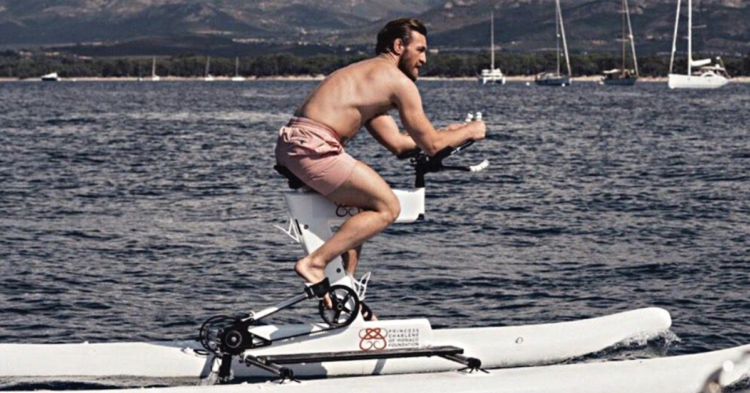 Conor McGregor has achieved almost everything that there is to achieve inside the UFC octagon. He is a former UFC featherweight champion and lightweight champion. He is also the first fighter in the history of UFC to hold Championship belts simultaneously across two divisions. With notable victories against Eddie Alvarez, Max Holloway, Dustin Poirier, Donald Cerrone, Chad Mendes, Dennis Siver, and Jose Aldo, Conor McGregor will go down in history as one of the greatest mixed martial artists of all time. McGregor made his much-anticipated return to the octagon following the loss over Khabib Nurmagomedov at UFC 229.

McGregor returned to action against Donald Cerrone at the UFC Welterweight division and picked up an impressive TKO win over Cerrone in the first round. In the process, McGregor became the first UFC fighter to register KO victories across featherweight, lightweight and welterweight division.

McGregor had earlier posted a photo on Instagram where he shared his excitement for the 180km voyage scheduled to take place in September to raise awareness about water safety. ‘We will be utilizing my training under the McGregor F.A.S.T program to excel on these mounted water bike devices, which are incredibly good” McGregor quoted.

Conor McGregor will participate in aid of the Princess Charlene of Monaco Foundation. In a recent post on Instagram, Conor McGregor once again shared his excitement and promised to win in September.

“Joining Princess Charlene’s team for the Marathon Endurance Race is both an honor and a challenge. When I commit, I always train hard, and we plan to win! The Princess’ foundation works in over 30 countries promoting fitness and safety in water sports. I appreciate the support and encouragement I have received in Monaco.” McGregor quoted.

Conor McGregor revealed that it is both an honor and challenge for the former dual champion to be a part of the foundation’s goal to increase awareness about water safety.