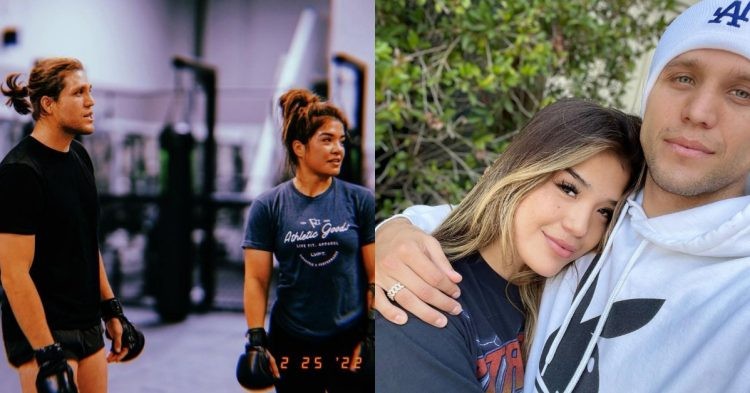 Brian Ortega is on the verge of earning another title shot in the featherweight division. He is set to fight Yair Rodriguez in the main event of UFC Long Island on July 16th.

Ortega, the father of two children is engaged to fellow UFC fighter Tracy Cortez. Although it is not exactly clear when Brian proposed to Tracy, she seemed to confirm their engagement in an Instagram post. On September 26th, 2021 she put up a picture on her account where she wished Ortega luck for his next fight.

Also Read: When Did Brian Ortega Started Dating Tracy Cortez? – All You Need to Know

However, the thing that caught everyone’s attention, was the very eye-catching diamond ring on her finger. It seemed to imply that she was engaged to Ortega. But the fans did not have to wait for too long to get a confirmation. UFC presenter Laura Sanko asked her about the ring in the comments and in reply, Cortez confirmed that Ortega indeed proposed and she said yes. 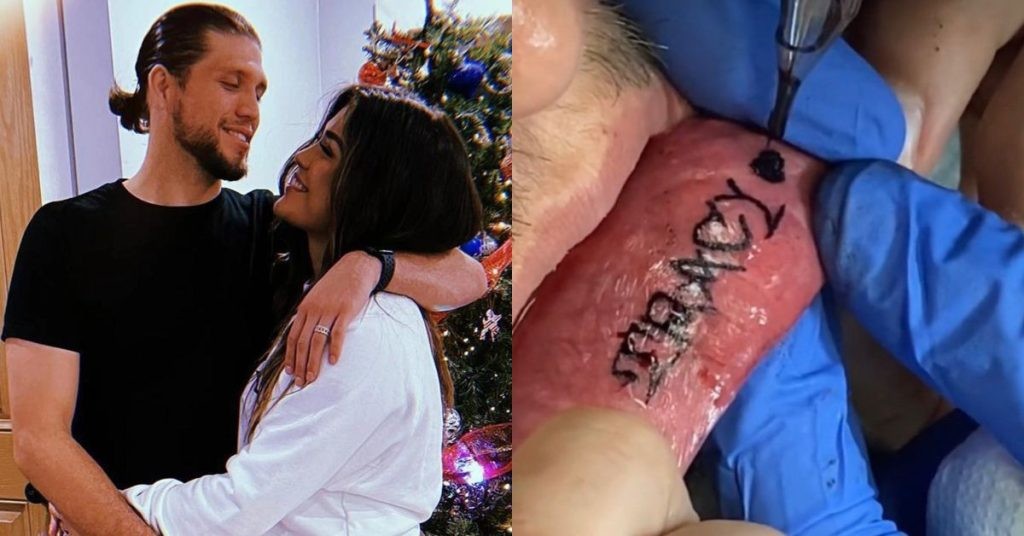 But almost a year has passed since then and the pair is yet to tie the knot. However, it is understandable as both of them are active fighters. While Ortega is in his prime right now, Cortez is slowly moving up the ranks. Hence, it may just be a bit too soon for them to get married and start a family.

They do not make any attempts to hide their relationship. Both Brian and Tracy post pictures of them together on their various social media accounts. Ortega revealed in an interview previously that Cortez has indeed become a big part of his fight camps in recent times. Tracy keeps Brian in check during his fight camps and T-City is greatful for that.

The 31-year-old also made an incredible gesture to show his love for Cortez recently. On February 16th of this year, he posted a video where he could be seen getting a tattoo of her on his lower lip. He inked the name ‘Tracy’ on the inner portion of his lip. Ortega also tattooed a little heart beside her name.

In the lead-up to the fight against Yair Rodriguez, Brian Ortega had a press conference where he spoke about what it is like to be in a relationship with Tracy. Ortega spoke on the understanding that they have. Being a fighter herself, Cortez knows what Brian needs and she takes care of it without any issues. 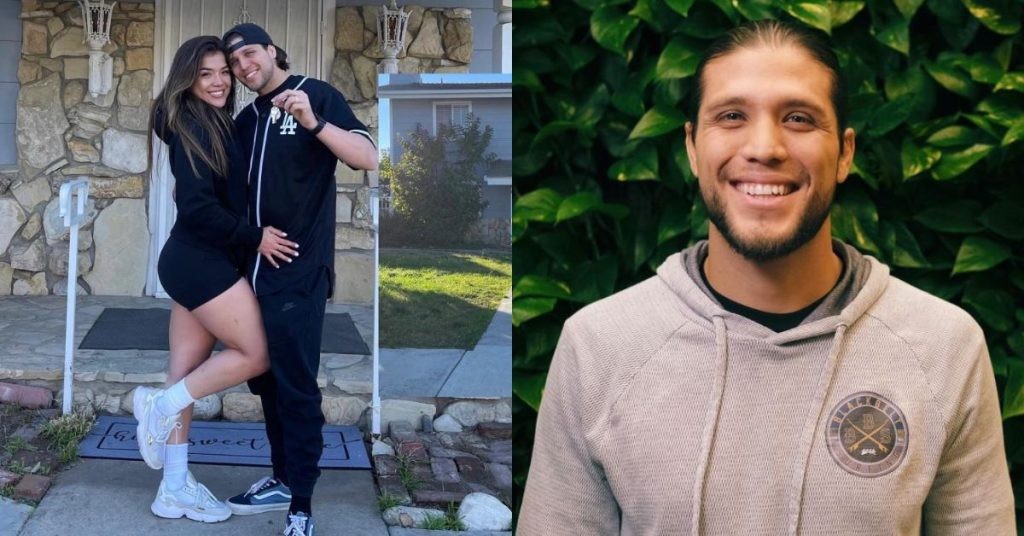 “We understand each other’s work. We see what we do and it helps. Because someone who doesn’t understand what we do, they’re like, ‘damn, you’re so f*****g selfish, all you do is care about you and you career. You don’t even care about me or whatever it is, right?'”

“Whatever the situation is may be with the fighters who deal with, any athlete who deals who with a partner who does fully understand what they’re involved in, Right? And this just helps. To me it helps because it’s like ‘yo, I did this today’ and right off the bat, she’s like ‘oh sh*t, yeah you’re tired. I’mma just leave you alone.’ I’m like, ‘cool, thank you.'”

It sounds like Brian Ortega and Tracy Cortez have great compatibility. Their relationship is based around a mutual understanding and respect for the craft. They both understand the sacrifice that is required to be an MMA fighter. Hence, it helps to have each other as their partners.