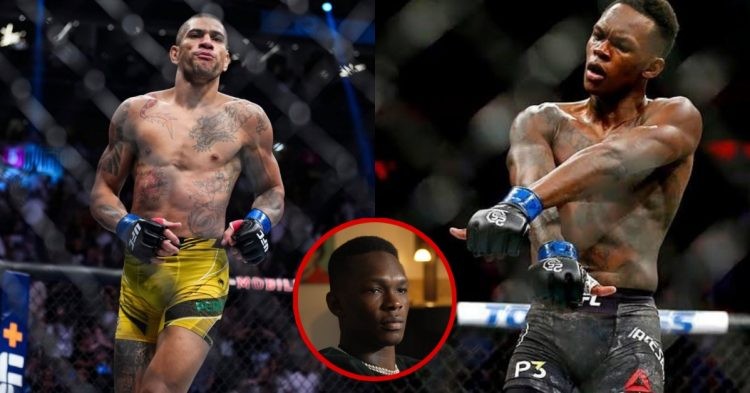 UFC Middleweight Champion Israel Adesanya reveals that the company already has a date for his next fight! His last outing came against Jared Cannonier at UFC 276. Although the bout was not particularly entertaining, Adesanya retained the belt and completed his fifth successive middleweight title defence.

On the same card, former kickboxing legend Alex Pereira also took on Sean Strickland. Alex continued his winning streak in the UFC to 3 fights in a row after finishing Strickland in a brutal manner. Reports came out prior to the event that the winner of this particular fight will be the next no. 1 title contender at middleweight. Hence, it was as good as official that Israel Adesanya vs Alex Pereira was going down next.

DON’T PLAY WITH THE POWER OF POATAN 🤯

However, the fans wondered when the bout may take place. Both Adesanya and Pereira came out relatively unscathed from the last PPV. So there was a lot of speculation regarding a quick turnaround from both the fighters. It looks like the UFC is also hoping for the same as they already discussed their options with Izzy. He broke the news during an interview on his own YouTube channel.

“When do I want it? We’ve got a date. We’ve already sussed it out. This is like we’re already planning. Yeah, we’re sussed with it.”

In the same video, The Last Stylebender also discussed Alex Pereira’s run in the UFC so far. Pereira first came to the UFC in November of last year. He finished Andreas Michailidis with a spectacular flying knee. Although he had a bit of a difficult time against Bruno Silva, Alex still got the win via unanimous decision. As mentioned above, Poatan followed it up with a vicious KO of Sean Strickland.

However, it was not enough to impress the middleweight champion. Izzy seemed to imply that the company handed out the perfect match-ups to Pereira. According to the champ, the 35-year-old’s rise to the top is not as spectacular as the one that he had.

The two met in the kickboxing ring twice before this and Izzy was on the wrong side of the result each time. However, it was the knockout loss in the second fight that the fans remember the most. But Adesanya never wanted revenge for it. As a matter of fact, he walked away from the sport and focused his full attention on MMA.

When do you think Adesanya vs Pereira will take place? Can Israel finally get a win against the Brazilian under different rulesets? Let us know in the comments down below.