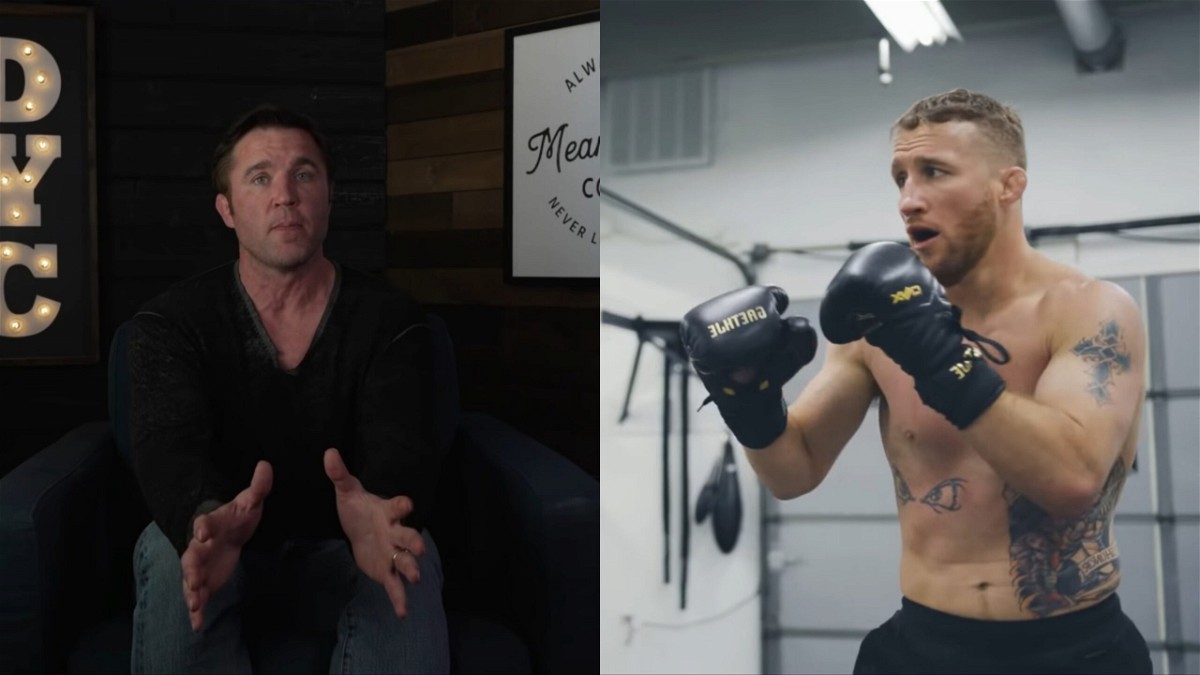 Is Justin Gaethje angry ahead of his much-anticipated lightweight title fight against Charles Oliveira at UFC 274? What is the driving force behind him as he prepares himself for a shot at redemption? Former UFC middleweight title contender Chael Sonnen wonders whether rage is the fuel behind Gaethje’s fight camp for the upcoming Pay Per View (PPV).

Nicknamed ‘The Highlight,’ Justin Gaethje is one of the most entertaining fighters to watch in the UFC. He is also a man of conviction. He famously dropped his interim title in the Octagon after beating Tony Ferguson at UFC 249 because he was after the undisputed belt.

Despite having the chance to become the champion in 2020, Gaethje fell short of his goal at UFC 254 to Khabib Nurmagomedov. The former champ defeated Justin via submission in the second round.

TWO WEEKS is worth the wait for this unmissable card!????

At UFC 274, he will once again face another champ who has an elite level of grappling. Charles Oliveira holds the record for the most number of submissions in the UFC. Not only that, he recently stated that Gaethje does not have the power to knock him out either.

Hence, it will not be surprising if Justin Gaethje is even more motivated to prove himself on the biggest stage once again. And UFC legend Chael Sonnen thinks Justin Gaethje could display a very different side of himself if he fights with anger.

In the most recent video on his channel, Chael Sonnen turned his attention to Justin Gaethje. Although Justin Gaethje is not known for being the most emotionally charged fighter in the UFC, Sonnen speculated on what could be the reason for Justin’s anger.

Is Gaethje upset about almost losing out on the title shot to Islam Makhachev? Or is he simply trying to use the anger to eliminate any hesitation he may have before going up against Oliveira? Although Chael did not have a concrete answer, he had a pretty decent theory. Sonnen said,

“Is Justin Gaethje p****d off? Is this the first time we have ever seen angry Justin? Or am I misinterpreting him? And it is very relevant. I’ve never seen Gaethje angry. I have never seen him emotional before fights, I just haven’t seen it,”

“I have never seen any emotion is what I’m trying to bring for you. And if he does have an emotion, including if it’s anger, it’d be interesting to know before the fight.”

On his social media platforms, Justin Gaethje has often been posting footage of him training for the PPV in two weeks’ time. It is very evident from that footage that Justin Gaethje has a different intensity this time around. Chael also explored the possibility of whether any word from Charles Oliveira has affected the former 155lbs interim champion or not.

“What could it be that Oliveira has done? Because Oliveira doesn’t say anything! Oliveira doesn’t upset anybody, doesn’t even try. And I saw these statements by Gaethje and it does appear that he is angry. I just don’t know why? Angry at what?”

The fans will get the answer to whether Justin Gaethje is actually angry or not very soon as the date for the bout is approaching rapidly. UFC 274 goes down on May 7 inside the Footprint Center, in Phoenix, Arizona.

Carlos Alcaraz’s Family, Girlfriend, Coach, and Training Partners- All You Need to Know