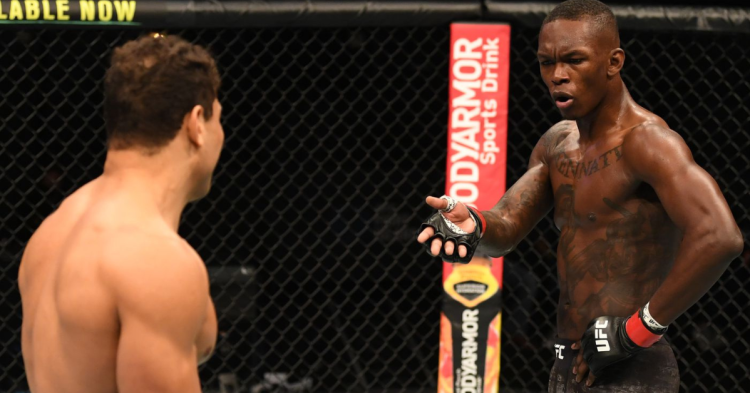 UFC fights fans woke up to a heartwarming video of Israel Adesanya and Paulo Costa ahead of their hugely anticipated showdown at UFC 253 for the undisputed Middleweight Championship. In the lead-up to the fight, both the fighters have had their fair share of back and forth on the social media, with a genuine hatred towards each other. However, after the video emerged, it looked like both the fighters are in healthy spirits ahead of the match-up, and seemed to have settled their beef, focusing only only hyping up the fight. However, the true story behind the video seems to be another trash-talking incident between both the fighters.

Opening up on the recent hotel altercation with Paulo Costa at UFC Fight Island in Abu Dhabi, Israel Adesanya stated that he just wanted to feel Costa ahead of the match-up and had no intention of a warm conversation. Additionally, Adesanya said that he even passed a comment on Costa which was sure to get a reaction out of him, however, the Brazilian fighter remained calm and continues to state that he thought Adesanya did indeed extend his hand for a healthy conversation.

“I went there, sized him up, patted him on the shoulder to feel how dense he is. I shook his hand cause I wanted to feel the kind of pressure he put on from a guy who said, ‘I would not shake his hand when I beat him.’ Cause he’s just like one of those dogs that barks behind the fence, but when the fence opens up, he’s just kind of like real timid. So I could feel that off him, it’s the energy.” Adesanya said.

Israel Adesanya spills the beans on altercation with Paulo Costa 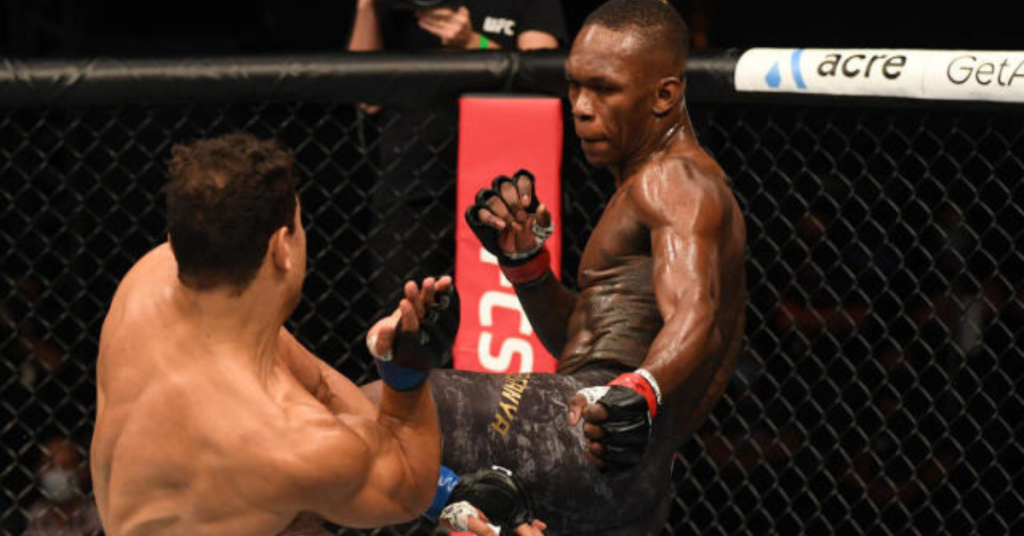 “What happened was I walked past him, and you’ll see in my [Instagram] story, and I checked him and what did he say — he said, ‘You good?’ I said I’m great,” Adesanya said about the incident during UFC 253 pre-fight press conference. “Then he muffled something, and I doubled back and I went over there to kind of check his energy.”

Talking about the incident, Adesanya stated that he was expecting Costa and his team to reach. However, he could not solicit a reaction from the #1 title contender Paulo Costa. 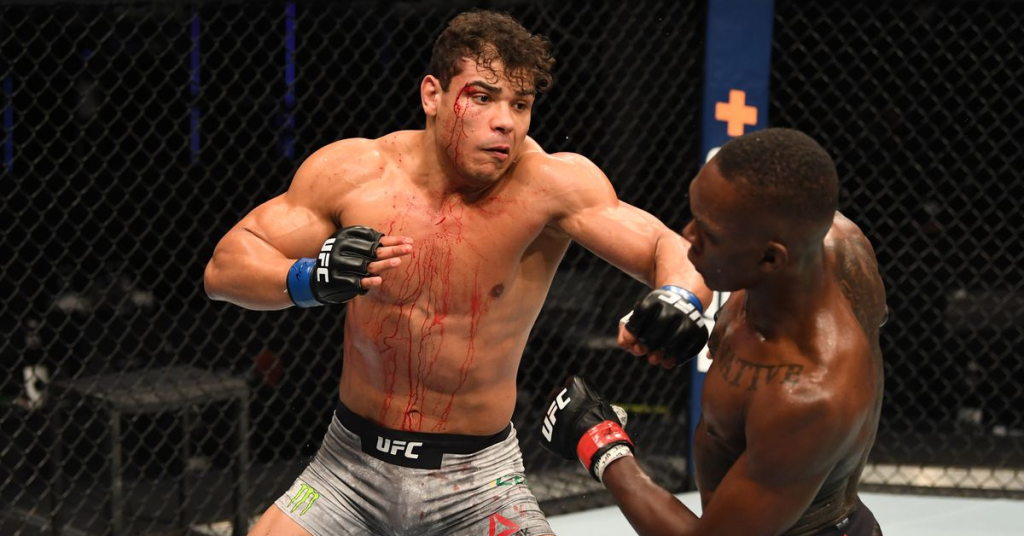 “I went to check his energy, and I even said you look skinny,” Adesanya said. “I expected him to take that the wrong way, but yeah, him and Wallid [Ismail] were just giggling like little girls. So I already knew what I already knew.

Paulo Costa, on the other hand, stated that he wanted to remain respectful, and genuinely thought that Israel Adesanya extended his hand. Be that as it may, blad blood between both the fighters continue to be, and only after everything is done and said will we know who will hold the UFC Middleweight Championship.