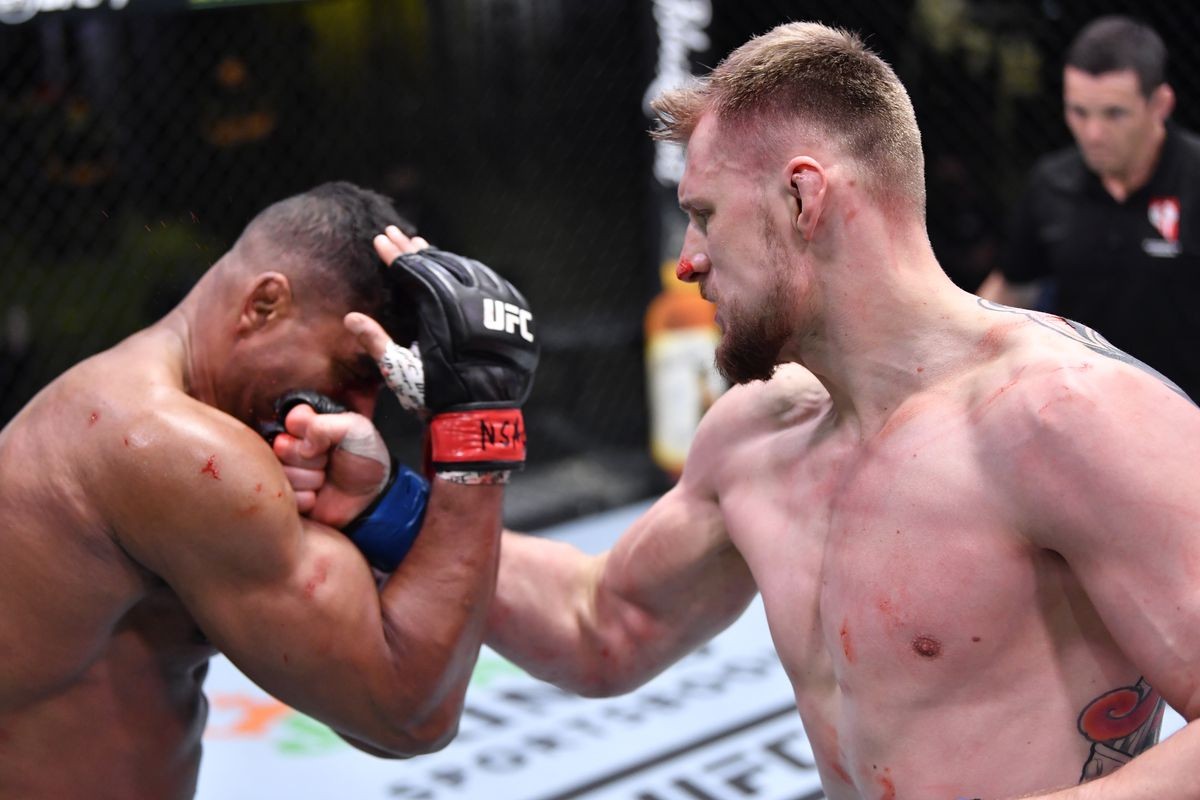 Frankie Edgar was not the only UFC veteran who suffered devastating defeat as Alistair Overeem got outclassed by Alexander Volkov in the main event of UFC Vegas 18.

Over the years, Alexander Volkov has been a tough competitor in the UFC heavyweight division. However, he is not just a title contender anymore. It seems that he has evolved his game enough to become a UFC heavyweight champion in the near future.

Though he was coming off a loss against Curtis Blaydes there were a lot of positives to take out from that fight. He went five rounds with a world-class wrestler, did not absorb a lot of damage, and even hurt Blaydes in the later part of the fight.

However, Volkov looked phenomenal neutralizing every weapon in the arsenal of Overeem in the main event of UFC Vegas 18. Alexander Volkov has always been one of the best strikers in the division. However, he lacked the power that he now has after gaining significant muscle mass.

Volkov’s wrestling has always been an area of concern for his camp. Though Overeem is not one of the best wrestlers he is versatile enough to take the fight to the ground and dominate his opponents there.

However, he was unable to take Volkov down. Alexander Volkov was just too strong for Overeem. The UFC veteran also could not get Volkov in a clinch. Volkov was sticking to basics and doing a lot of damage with his straight jabs. The power difference was obvious and it did not allow Overeem to get things going in his favor.

The size and power difference were just too much for Overeem. And this Volkov is a problem for the top heavyweights in UFC. If the opponent can’t take the fight to the ground then it can be a nightmare to strike with Volkov.

With this win, Volkov has certainly put the UFC heavyweight champion, Stipe Miocic, and the no 1 contender, Francis Ngannou on notice. However, Volkov needs one or a couple more big wins before he challenges the champion. His loss against Curtis Blaydes does not help his case for a title fight since Blaydes is still in the race for the next title shot. However, Volkov has certainly earned the respect of the fight fans with a clinical performance against Alistair Overeem.